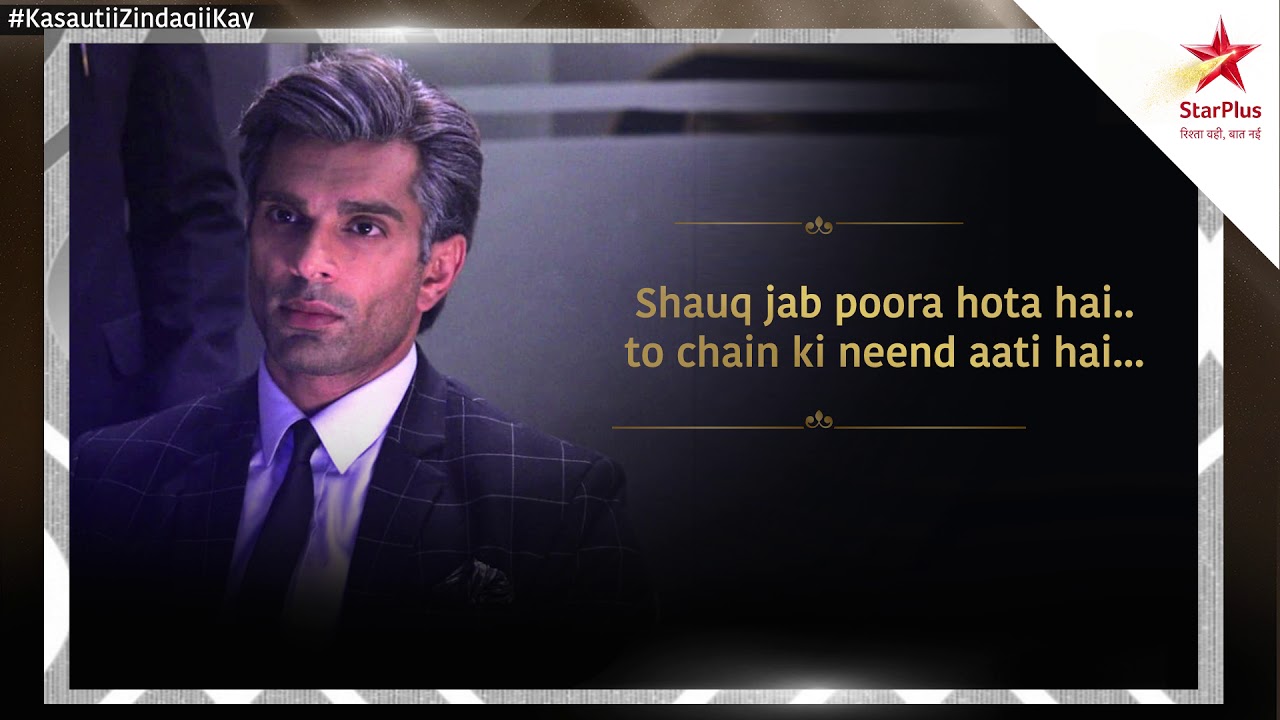 Kasautii Thundering shock for Prerna 28th June 2019 Prerna learns about Anurag’s condition and reaches him at the factory. She saves Anurag from danger. She asks Anurag to get conscious. Mahesh worries for them. Prerna revives Anurag by her oath. Mr. Bajaj loses his cool knowing about the fire incident at his factory. He thinks to meet Anurag. Prerna gets Anurag home and takes care of her. He asks her why did she take a big risk. She tells him that he is her life and she can never leave him in risk. He finds her hand burnt and asks her how can she do this. He tells her that she can burn up herself to save his life. They have a moment. The cops arrive at Sharma house to arrest Anurag.

They tell Prerna that Anurag was at Mr. Bajaj’s factory and he is responsible for the fire breakout. Prerna tells the cops that Anurag is innocent, he has actually suffered by the fire. Inspector doesn’t believe her. He tells her that he has to arrest Anurag on Mr. Bajaj’s complaint, he can’t help them. He blames Anurag for burning Mr. Bajaj’s factory. Anurag defends himself. The cops don’t accept his clarification and handcuff him. Mohini wants to stop the marriage. She asks pandit not to buy the marriage puja items so soon. She asks him not to tell Nivedita about it.

Mohini doesn’t answer Veena’s call. Prerna calls her up and informs her about Anurag’s shocking arrest. Mohini can’t believe this that Anurag was in big danger. Mohini breaks down and rushes to the police station to see her son. Anurag tells Prerna that Ronit had framed him and Mr. Bajaj is involved with Komolika. Prerna asks him to be strong. Mohini wants to free her son. Inspector asks her to stop the drama and leave. He tells about the charges on Anurag. She arranges a lawyer for Anurag.

They get another shocking news of Ronit’s death in the fire incident. Anurag tells them that he didn’t kill Ronit. The inspector blames him for Ronit’s murder. Mohini requests Prerna to get Anurag freed from the problems. Prerna wants to save Anurag at any cost. She promises Mohini that she will get Anurag home. Prerna decides to meet Mr. Bajaj. Prerna finally meets Anurag’s biggest enemy Mr. Bajaj and learns his shocking condition. Mr. Bajaj asks him to leave from Anurag’s life if she wants his freedom. Prerna gets in a big dilemma.