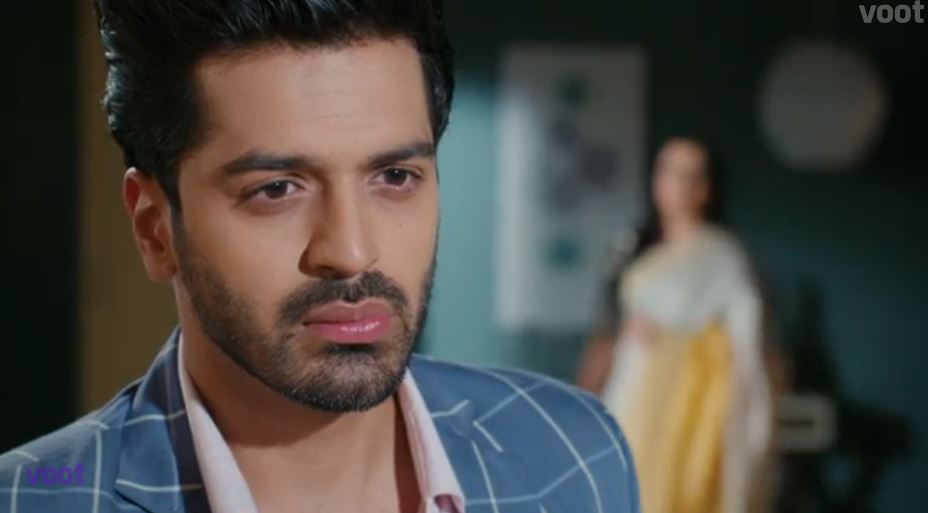 Mishti learns that Veer’s parents were involved in her kidnapping and forgives them. Ruhaan urges to know about the kidnappers. He questions Mishti to punish the culprit. Mishti doesn’t tell him anything. She faints in his arms. Ruhaan worriedly takes her to the hospital. Pari and Arnav talk of their future. He wishes her all the best for her marriage. She tells him that she will never go away from family and friends. He gets emotional that she will get married to Ruhaan. Ruhaan wants to know why is Mishti unconscious. He gets panicking on seeing her. Doctor asks Ruhaan to give some time for Mishti to respond to the medicines.

Ruhaan informs Radhika about Mishti. He tells her that police has caught the kidnappers, Mishti didn’t reveal anything to him but things are in control. He asks Radhika not to worry, since he will get Mishti home safely. Mishti is in stress regarding Pari and Ruhaan’s alliance. She doesn’t know how to avoid Ruhaan. Radhika awaits Mishti at home. She also wants to talk to Ruhaan about Pari when he comes home with Mishti. Doctor tells Ruhaan that Mishti has high blood pressure and maybe she needs a change of environment to relieve her stress. He asks Ruhaan to find her tensions and end them. Ruhaan takes the doctor’s advice.

He tells Mishti that they will plan a getaway for some days so that they get a chance by the short vacation. Mishti tells him that she needs to talk to him. She doesn’t want to give him false hopes. She wants to tell him that they can never unite and he is meant to be with someone else. She doesn’t want him to talk to Radhika as of now, since he will refuse to Pari’s alliance. He tells her that they will make an excuse to Radhika and just go away somewhere to any peaceful destination. Mishti agrees to go with him so that she tells him about Pari’s love for him. She stops him from telling Radhika about their love. He expresses his love for her and agrees to her wish.

Meanwhile, Veer recalls Mishti’s big favor to forgive him and his parents. He is upset that his parents plotted Mishti’s kidnapping. His mum apologizes to Veer and asks him to forget it. He asks her not to interfere in Mishti and his matter. He feels he did wrong with Mishti to judge her wrong and tag her a selfish person. He feels Mishti is right and her decision to break up was also valid. Ruhaan comes home to pack his bags. He thinks why is Mishti hiding about the kidnappers. He wants to ask Mishti about the flowers he had sent for her. Mishti reacts when Ruhaan meets her at home. She fears that Pari will spot them.

Mishti tells him that she doesn’t want to meet him secretly. He tells her that he will talk to Radhika about their marriage. Mishti stops him from telling anything to Radhika. Pari learns about Mishti’s problems. Radhika is content that Ruhaan is there to protect the family. Mishti doesn’t let Radhika talk about Pari’s alliance. She wants Pari to come back from her work trip, so that she can convince Ruhaan for the unexpected alliance. She lies to Pari that Ruhaan is missing her. Pari too confesses that she misses Ruhaan and loves him a lot.

Arnav gets upset for a while, but is happy to find Pari happy. Radhika demands Pari to come back in the evening. Ruhaan wants to plan his short vacation with Mishti. He tells Radhika about Mishti’s trip. Ruhaan insists and takes Mishti along for a good chance. Pari finds both of them missing from home when she arrives, and gets doubtful that they are together.