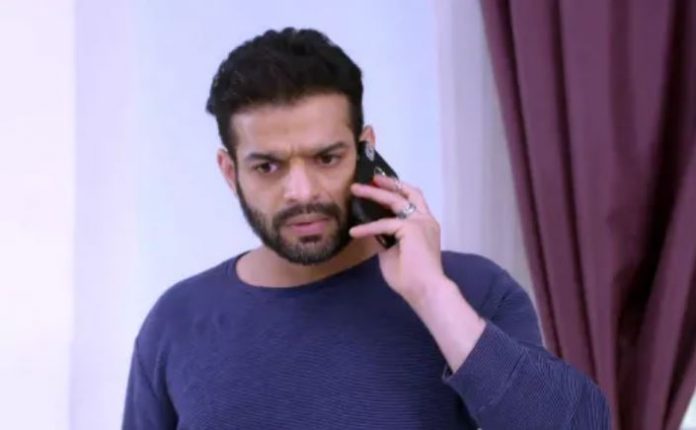 Yeh Hai Mohabbatein Raman’s new enemy to create havoc 2nd July 2019 Ishita faints down in tension when she gets the shocking news of the plane crash. She gets conscious and looks for Raman. She can’t believe that the family has lost Raman in the crash. She apologizes to Aaliya for spoiling her big day. Aaliya tells her that Mani has gone to the airlines office with Bala to find out about Raman. The family wants to know if their Raman is alive or not. Ishita gets angry on them and tells them that Raman is surely alive and will come back home soon as per his promise. She asks them to keep their faith intact and wait for his return. She yells at them and tells how her heart is testifying Raman’s existence.

Raman’s enemy is behind the new conspiracy. Bala and Mani find out that Raman was travelling the same day on the same flight unfortunately. They return home with the bad news that they have lost Raman, there is no survivor of the crash. Ishita refuses to accept this news. Ruhi can’t see Ishita as a widow. She doesn’t want Ishita to break down. Aaliya and Ruhi want to handle Ishita and pacify her. Simmi gives a sleeping pill to Ishita and puts her to sleep. Pandit comes home to conduct the puja for Raman’s death. Raman’s enemy sends the pandit so that Bhallas shatter and accept the truth. Ishita scolds the pandit and tells him that Raman is fine.

She makes the pandit out. She doesn’t let the family mourn for Raman. She tells them that Raman will soon contact them. She waits for Raman’s call. She goes to meet the Commissioner. She tells him that Raman is missing. She asks Commissioner to take the missing report and find Raman. Mani explains Ishita that Raman was on that flight, they need to investigate well. He doesn’t think Raman is alive. He tries to calm down Ishita. Mani and Bala get Raman’s bracelet and show it to Ishita. They tell Ishita that police has found this at the crash site. Ishita tells him that many people has such bracelets, he is always with me. She recalls Raman’s words. She asks them to cry and mourn if they want, but she will never break down.

She is sure that Raman is alive. Ruhi breaks down seeing her denying Raman’s death. Ruhi tells Karan that she is worried for Ishita. Karan consoles her and tells her that he was seeing a fatherly figure in Rohan, since he didn’t meet his father ever, when he lost Rohan, he felt like losing his father. He reminds Ruhi how she has given him courage at the time of Rohan’s death. He gives courage to Ruhi and asks her to become Ishita’s support. Ishita supports the family from mourning for Raman. She threatens of committing suicide if they don’t keep their faith.