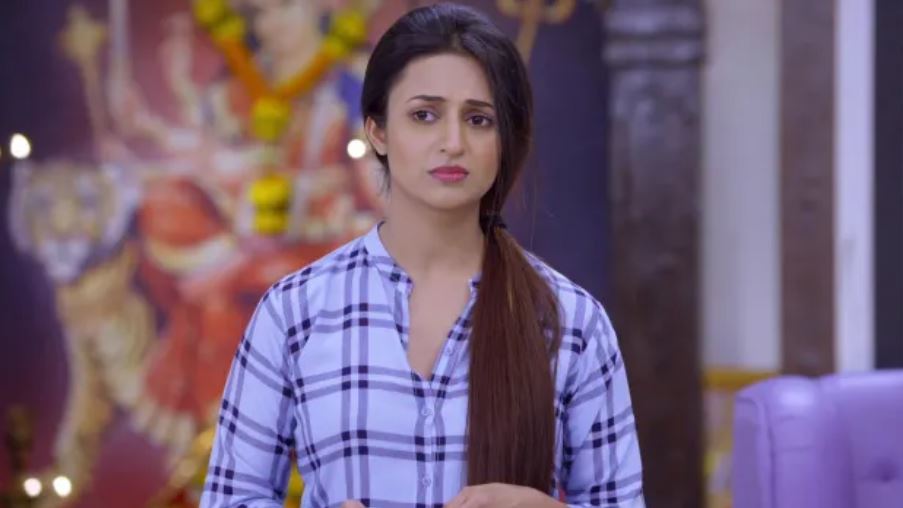 Yeh Hai Mohabbatein Tonight Ishita meets mystery enemy 3rd July 2019 Karan consoles Ruhi and asks her not to break down this way. She tells him that Raman can’t leave from their lives suddenly. He asks her to become Ishita’s strength and bring her out of the trauma. He tells her that if Ishita doesn’t accept this for long, she will lose her stability. He asks her to be strong and talk to Ishita. Ruhi feels this is very difficult. Bhallas keep the mourning ceremony for Raman and cry. Ishita can’t believe why the family is not believing her and praying for Raman’s return.

She asks them why does they always want to oppose her. She threatens of killing herself if they are more keen to cry for a dear one’s loss. She tells them that she will give them the reason to cry if they really want to cry. She tells that Raman is very much alive and fine, since her heart is saying so. She asks them to have faith and just try to find Raman. She wants them to be productive rather than breaking her courage. The family apologizes to her and calms her down. They stop her from taking any wrong move. She tells them that they have to understand her concern, else they will have to break her death news to Raman.

Simmi stops the family from angering Ishita more. She tells Ishita that she also believes that Raman didn’t die, she is with her and her beliefs. She snatches the knife from Ishita and gives her sleeping pills again. Simmi tells the family that Ishita has to accept Raman’s death, else Raman’s soul will not get peace. They try to find some way to convince Ishita. They decide to behave normal and happy. Ishita is happy to see them behaving fine. Shagun tells Ishita that her friend’s husband had died and her friend isn’t accepting this shock. Ishita asks Shagun is she taunting her and putting her in the same situation.

Shagun doesn’t let her turn angry. She tells Ishita that her friend needs her. She asks Ishita to accompany her. She thinks to take Ishita to the doctor to get her treated. Ishita gets a call from Shweta. She learns that investors are asking Bhalla company to shut the project and return their money. Ishita tells Shweta that she will speak to the investors, she won’t let Raman’s dream project shut this way. She wants to go to office and talk to her investors. Mani and Karan accompany her. They try to explain the investors and buy some time. Raman’s enemy meets them as a friend and misleads them. He wins Ishita’s confidence to take revenge on Bhallas. Keep reading for more on Yeh Hai Mohabbatein Tonight.