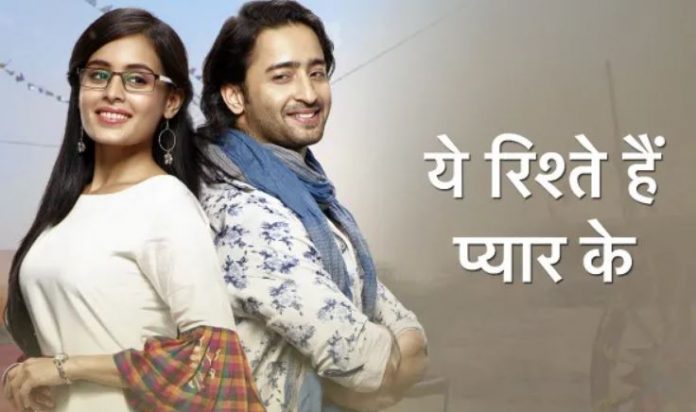 YRHPK Abir’s accident Mishti’s love confession coming up 4th July 2019 Abir and Mishti try to stop Kuhu’s new alliance with Saurav. Maheshwari family introduces Kuhu to Saurav and Chauhan family. Kunal, Abir and Nanu visit Maheshwaris to ask for Kuhu’s hand for Kunal. Maheshwaris don’t agree with Rajvansh family. Shaurya asks Kuhu to end Kunal’s chapter, Meenakshi isn’t a good person and will always influence Kunal’s life. Kuhu refuses to forget Kunal. Shaurya tells her that he is just thinking of her future. Kuhu claims to love Kunal a lot. Abir and Mishti don’t lose and try to convince Maheshwaris. Meenakshi thinks her sons won’t be happy if they are related to Maheshwaris. She thinks of her family’s betterment and gets overprotective.

Abir meets with an accident because of the cyclone. Mishti gets tensed when she learns about him. She looks for him non stop. She has learnt that he loves her. She respects his feelings. Kunal and Mishti call Abir. Mishti tries to track Abir. Abir lies unconscious inside the car. Mishti enquires about him and meets the police. She learns about the big accident. She meets Abir and realizes her love for him. He is very special for her. She regards him her best friend and can’t see him hurt. Mishti confesses her love for Abir. She wants to take him to the hospital and faces troubles. Kunal also looks for Abir to help him. She struggles to take Abir to hospital.

Also Read, Muskaan: Sir ji gets Muskaan arrested for the crime of food poisoning people. He tells her that she wanted to become a police constable to get him punished, but now she will be landing behind bars. He frames Muskaan so that she suffers in the jail. He tells her that she will never get the positive character certificate, she will become a prisoner now. He reprimands Muskaan for her big plans. Gayatri comes to her rescue. She knows Muskaan is innocent, since Ronak’s Bua has done the crime to poison the food. Gayatri and Ronak help Muskaan and solve both her problems.

Muskaan submits her form to apply for a job in police. Ronak hides the fact that he is helping Muskaan secretly. He keeps his loyalty towards Sir ji, being burdened by his favors. The family insists Ronak to throw a birthday party for Sir ji. Ronak feels indebted to Sir ji and regards him an owner. He becomes Sir ji’s puppet, but keeps his duties towards his wife Muskaan as well. Muskaan knows the struggles faced by Ronak and takes a step to shoulder him..