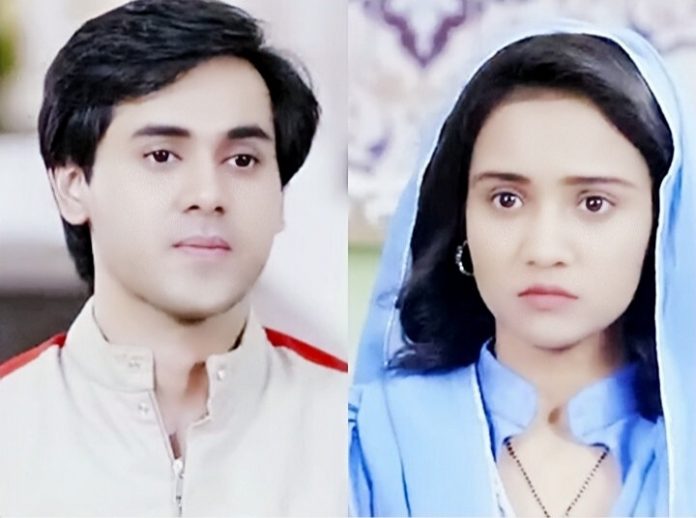 Read Top 7 Spoilers This Weekend 6th July 2019 Manmohini: Vanraj confesses his love for Siya. He is mad about her. She loses her control and slaps him to get him to senses. He tells her that he loves her a lot. Siya doesn’t accept his love. Siya tells him that she doesn’t love him, she loves Ram and will always do. She warns him against dreaming about her.

Pyaar Ke Papad:
Omkar and GST play a drama to find out the truth of Jaya and Alankar’s planning. Omkar learns that Alankar is threatening Jaya. He fights with Alankar. Alankar gets exposed. He tells Omkar that he didn’t brainwash Jaya. Jaya lies to Omkar and saves herself from the mess. She tells Omkar that Alankar had compelled her to plot against Shivika. Alankar keeps a knife at her neck to make an escape. Omkar wants Alankar behind bars.

Yeh Un Dinon Ki Baat Hai:
Sameer and Naina are happy together. They are ready to face all the hurdles in their live, as long as they are together. Naina tells him about her problems at her office. She has got scolded by her boss. She shares the tensions with him. He relieves him by adding a romance twist in the tale. He tells her about his new friend, who isn’t on good terms with his dad. Naina fears that she will lose her job. Sameer wants Aditya and his dad to unite. Sameer succeeds to make them realize their blood ties, which is about everything.

Gathbandhan:
Dhanak aims to convince Raghu. He shocks her during the puja by handing over the divorce papers to Dhanak. She thinks he has feelings for her and will never end their relation. Raghu tells her that what she has done was much wrong, he wants to end their relation legally, if she doesn’t want to take the rounds oppositely. Dhanak refuses to sign the papers and free him from the marriage. Raghu signs the papers and tells her that he has no interest in keeping their marriage now. Dhanak loves Raghu and promises him that she will keep his marriage. Her dreams shatters with Raghu’s angry shock.

Harman smashes the cake on Soumya’s face. He is misunderstanding her by seeing her with Vedant. He thinks Soumya is in love with Vedant and is cheating him. Soumya wants to get rid of Vedant and make Harman realize that she just loves him. She finds hard to explain Harman. She gets stuck in the situation. Vedika gets angry seeing Harman insulting Soumya. He takes a stand for Soumya. Soumya asks Vedant to not trouble Harman. Vedant is stubborn to get her love. He fakes his birthday to celebrate with Soumya. He does a big drama to win Soumya’s sympathy.

Sufiyana Pyaar Mera:
Saltanat and Zaroon have a romantic moment. Kainat spies on them. She can’t see them together. She hurts herself when she sees Zaroon romancing Saltanat. Kainat makes a plan to kill Saltanat again. Mamoon initiates a battle against Miyajaan to get his heirship and rights back. Saltanat and Zaroon start working for their survival. They want to earn their living. Saltanat is very happy that she got a job. She shares her happiness with Zaroon. Miyajaan falls sick after Mamoon’s disobeying behavior. Zaroon plans to have a court marriage with Saltanat.

Ek Thi Rani Ek Tha Ravan:
Rani returns in Rivaaj’s life to take her revenge. Rivaaj goes a morning jog. He bumps into a girl. He doesn’t tease her. The girl calls some people for help. Rivaaj falls in trouble. The men beat him up. Rani gets there to save Rivaaj. She fights the men and impresses Rivaaj. He gets mesmerized by seeing Rani. He likes her strong avatar. He asks her to become his bodyguard. He hires her so that she stays around all the time. Rani enters his life with a new face and new identity as per her revenge plans.