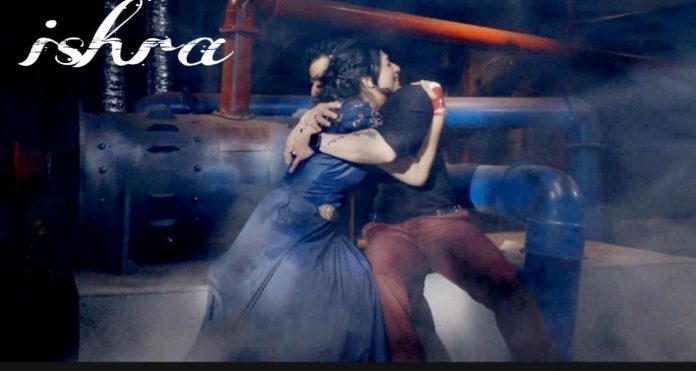 YHM Bhalla’s plan a grand welcome for Raman 12th July 2019 Ishita rejoices on getting Raman’s message on her phone. She can’t believe that Raman has sent the message and promised to return home soon. She shares the good news with the family and celebrates her joy. Yug and Aaliya know that Raman is no more. Aaliya tells Ishita that the number isn’t of Raman. She thinks someone is playing a prank on Ishita. Aaliya finds hard to explain the truth to Ishita. She seeks help from Iyers.

Everyone knows Raman is dead. Ishita’s happiness gives a belief to others that Raman is alive. Bala tells them that the airport authorities have given the evidence of Raman’s death. They want to help Ishita. They fear that Ishita will shatter once again. Ishita wants to make Raman’s favourite food. Bala tells them that someone is trying to trouble Ishita. Arijit is behind the message conspiracy. He makes Ishita mad and knows that the family will never believe Ishita. He wants to ruin her life. He is happy that his plan is working. Aaliya calls Mani and Shagun home. Ishita tells them about Raman’s message. Shagun tells Ishita to confirm that its Raman’s number. They call the number and doesn’t get through.

Shagun feels its some misunderstanding. Ruhi breaks down seeing Ishita’s sorrow. Karan and Aaliya console Ruhi. Ruhi can’t tolerate Ishita’s denial further. Aaliya apologizes for their argument. Yug also explains Ruhi that this phase will end soon. Aaliya and Yug tell them that Ishita was with them when the message came.

Karan asks them to explain Ishita that Raman is dead. Yug tells Karan that its not easy to give this shock to Ishita. Bala stops Yug and Karan from the argument. He asks them to have some shame than arguing day and night like they have nothing else to do. Bala can’t believe that the bonding between the younger generation is falling so weak that a little topic makes them fight.

Mani tells them that maybe the number is not reachable and they can try to call tomorrow. Ishita gets hopeful to talk to Raman. Mani doesn’t want Ishita to bear any shock. He asks Simmi to get juice for Ishita, tomorrow will be celebrations at home. Ishita gets excited. She drinks the juice in which Simmi added the sleeping pills. Ishita falls asleep. Mani wishes Ishita forget this message thing.

Mihika tries to keep Ishita’s phone away. Karan, Ruhi, Yug and Aaliya have a fight again. Mihika makes them out of the house to quarrel and do whatever wishful. Ruhi and Aaliya are doing a drama of fighting to sort out Karan and Yug’s fight. Arijit finds them planning to unite Karan and Yug. He doesn’t want Ruhi and Aaliya to foil his plans. Bhallas plan a grand welcome for Raman just for Ishita’s sake. Will Ishita learn about Raman’s death? Keep reading.