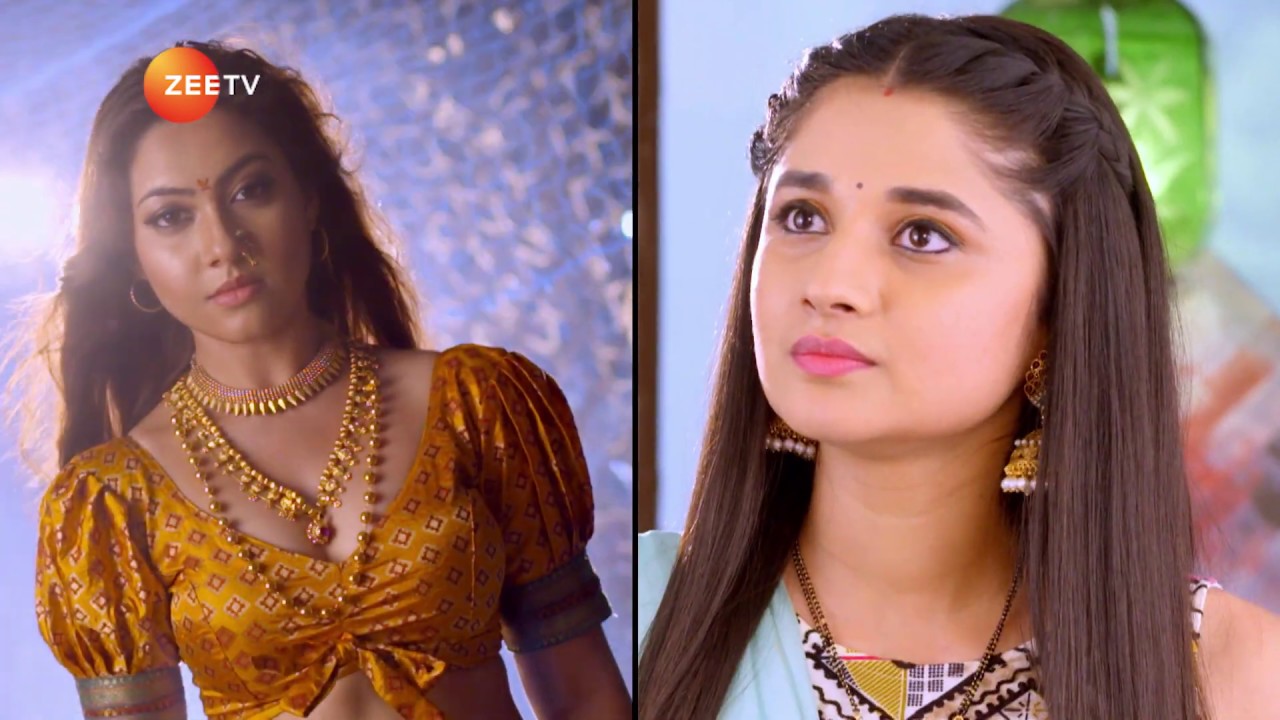 Watch Guddan Latest Promo Akshat to marry Antara 16th July 2019 Antara frames Guddan in a clever way. Guddan tells everyone that Antara has attacked Durga and consumed the poison to prove herself right. She gives hopes to the family. The family gets a huge shock with Antara’s pregnancy news, which they didn’t expect ever. Antara plays the pregnancy card to fool Akshat. Doctor asks Akshat to look after Antara well so that Antara’s child stays safe. Akshat asks Antara how is her pregnancy possible. He seeks an answer from Antara. She lies to Akshat that she is pregnant with his child. Durga understands her lie and supports her in the drama. She asks Antara to give them the heir of the family.

Antara gets all the sympathy from the family, who want to do justice with her. Antara tells them that she wants to make a sacrifice of her love for the sake of Akshat and Guddan’s marriage. She wants to make a leave from their lives. She knows Akshat will never let her go knowing about his child. Guddan insults Antara and exposes her pregnancy lie. She asks Akshat not to come in Antara’s lie. She scolds the doctor for selling her profession for money.

Antara maintains her lie. The family knows Guddan is hurt and can never accept this from Antara. They don’t want Guddan to blame Antara further. Guddan claims to have evidences against Antara. She wants Akshat to give her a chance to prove her point valid. She reveals Antara’s truth that she was never in coma and just wanted to get away with his property. She tries to prove that Antara is a disloyal person who can never love anyone.

Guddan fails to prove anything and gets cornered. Akshat and Dadi don’t believe Guddan. Guddan confronts Durga for her new game with Antara. Durga and Antara admit their plans to instigate the family against Guddan. Guddan challenges to expose them to Akshat. Antara accepts her master plans. She asks Guddan to accept defeat if she wants to stay in the family. She tests Guddan and Akshat’s love. Akshat decides to marry Antara. He snatches Guddan’s rights. Guddan reprimands Akshat for doing injustice with her.