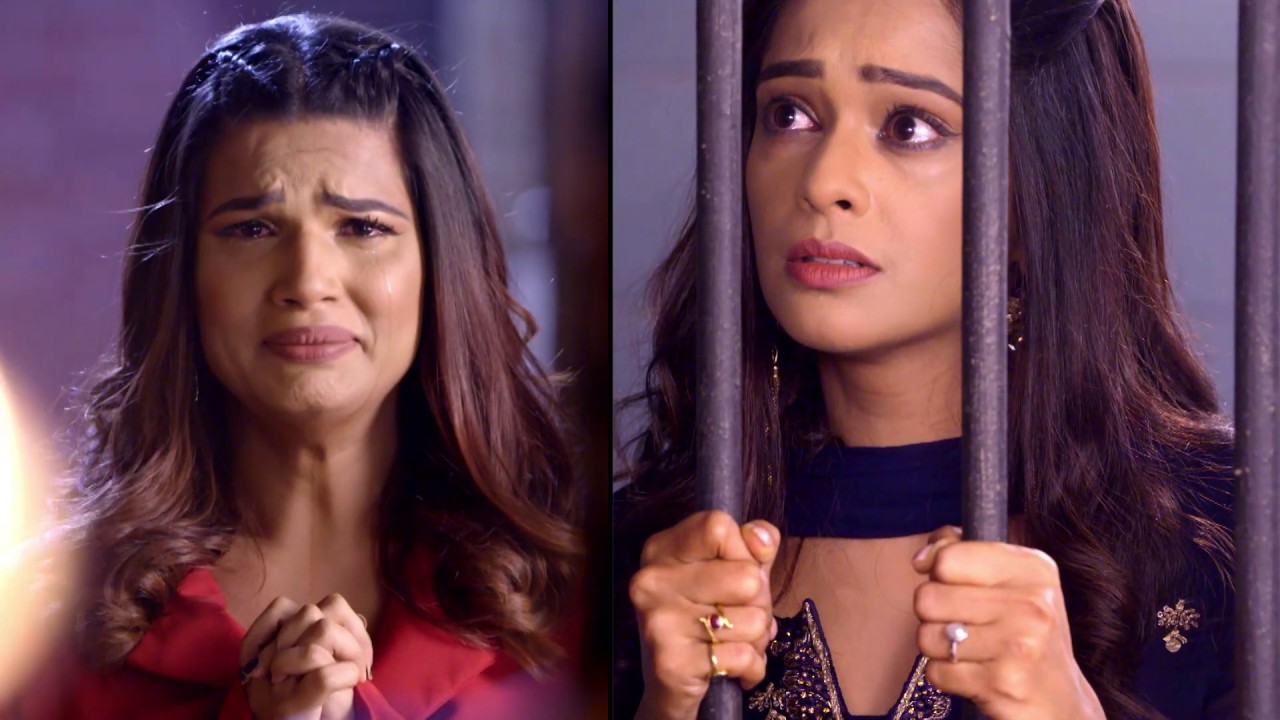 Watch Kumkum Bhagya Latest Promo Zee Spoilers Abhi promises Prachi that he knows she is innocent, he knows very well that she can never take drugs. He tells her that she is like his daughter and he will do all it takes to assure her freedom. Prachi is accused for drugs dealing and is put behind the bars. She has a belief that Abhi will really save her life. Prachi and Rhea are the sisters, who aren’t aware of their relation. Rhea still prays for Prachi, when she finds Pragya in pain. Pragya asks Rhea to help her save Prachi. She wants to know who has framed Prachi to ruin her entire life. She wants to find the culprit. Rhea feels sorry that she has hurt Pragya so much. Pragya tells her that Prachi is like her sister, and needs her right now. Pragya and Rhea pray for Prachi together, while shedding tears.

Purab feels bad to tell the truth to Aaliya and make her fall sick. He thinks its sometimes better to hide the truth. Pragya reaches the party hall to meet her daughters. Abhi tries hard to free Prachi, but fails to do anything. Inspector gets insulting Abhi and hurts his sentiments by speaking ill about Prachi. Abhi loses his cool and gets angry on the inspector. He wants to protect Prachi and keep his promise. Purab gets in a huge dilemma when he confesses love to Aaliya and then comes across Disha. Pragya learns the shocking news of Prachi’s arrest.

Abhi also gets arrested. He wants to prove Prachi’s innocence and gets into a heated argument with the inspector. He just wants evidence to prove that drugs were planted in Prachi’s bag. Purab gets Aaliya to the hospital. He tells the doctor that accident happened by mistake. He stays disturbed about Disha. He loves Disha. Ranbir comes to Abhi’s rescue and gets him bailed out, while Abhi struggles to help Prachi. Pragya and Abhi have a hit and miss in the police station.

Vedant finds Purva upset. He narrates a cute tale to her to make her smile. Purva likes the story and also the meaning underlined. Vedant wants her to always be smiling. He makes Purva understand that she shouldn’t feel upset by the family’s statements, since the family doesn’t know her well. He asks her to stay with her truth and be happy. She thanks him for the wonderful story narrated with a shadow play. They have a moment filled with love. Purva gets a huge shock on spotting Rahul. She doesn’t want to lose her child.

Shantanu confesses his love for Asmita. He doesn’t want to marry anyone else. He declares to everyone that Asmita is his life and world. He protects Asmita’s respect. He tells them that Asmita is his Puchki, who is the first and last girl of his life. He takes a stand for Asmita and promises her to deal with their enemies together. Shantanu and Asmita make a plan to protect their love.

Ram saves Siya from Mohini’s wrath. He tells Mohini that though Siya had come to kill her, but she had chosen to become her life protector. She asks Mohini to realize that Siya has left her husband to stay with them in the haveli. He tells Mohini that he has met Kali’s husband Vanraj. He thinks Kali has cheated her husband and hates her for cheating him as well. Mohini knows Kali is loyal to her. She forgives Kali. Ram gets helpless since he has fallen in love with Kali. He comes in Vanraj’s words and thinks Kali is really using him to kill Mohini. He is deeply hurt by Kali’s deceive. He asks Kali to not clarify things. Siya wants to know why Ram is behaving in such a way. He confronts her for hiding about her husband Vanraj.

She gets a huge shock. He reprimands her for plotting such a thing. She wants to clear Ram’s misunderstanding that she isn’t Vanraj’s wife. He tells her that he will unite her with Vanraj, since he has already promised this to Vanraj. Siya can’t believe this and shatters. Ram accuses her for the cheat. Mohini finds its fishy that Ram is asking for her help in Kali’s sake. She suspects Kali. Mohini wants to find Kali’s husband and meet him. Heartbroken Ram gets ahead with the announcement of Kali and Vanraj’s marriage.

Maya joins Siya so that Mohini doesn’t kill her. Siya promises to support her. Ram gets Vanraj home, shockingly. Mohini asks Kali to confirm that Vanraj is her husband. Vanraj gets happy reaching close to his love Siya. Siya and Devki get a shock on seeing Vanraj, whom Ram introduces as Kali’s husband. Siya gets trapped by Vanraj’s huge lie.