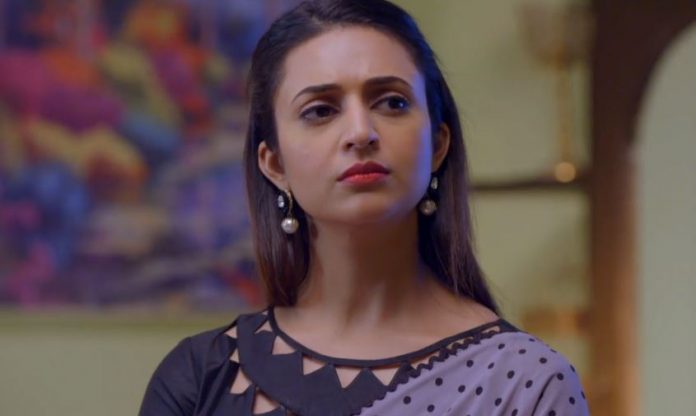 Yeh Hai Mohabbatein Stunning move by Ishita Arijit meets Raman and recalls how he had committed Raman’s accident to kidnap him. He promises to bring worse days for Raman. He drugs Raman and tells him that he will punish Raman and his entire family to take his revenge. He blames Raman for ruining his life. He wants to ruin Raman’s life. He tells Raman that Bhallas are trusting him now and he will make sure that they regret for the trust. He has enmity with Bhallas. Ruhi and Aaliya tell Karan and Yug about their mock fights to end their real fights. They feel someone is deliberately framing them. They wonders who is trying to break them. Ruhi knows that Karan and Yug are two strong pillars of Ishita.

Ruhi tells them that someone wants to break down Ishita by removing her support system. She doesn’t want this to happen. Ishita and Mani search for Raman at numerous hospitals. They don’t get Raman and feel someone has kidnapped Raman. Ishita tells him that she was right in her belief that Raman is alive. She seeks Mani’s help to find Raman. She makes a plan to get Raman home. She asks Mani to keep the plan a secret. Ishita goes home happily and tells everyone that Raman is coming back home. She celebrates her happiness and hugs Simmi. Mihika finds Ishita’s state getting more delusional. She cares for Ishita and wants her to accept the truth.

Ishita gets a mangalsutra delivered at home. She tells them that Raman had sent the mangalsutra for her. Mihika asks Ishita to come to senses and not get blind in her illusion. She tells Ishita that Raman is dead and will never come back. Ishita fights with Mihika and keeps a knife at her neck. She tells Mihika that she will kill her if she speaks ill about Raman. She calls Mihika jealous of her. She behaves mad. Simmi controls Ishita and sends her to the room. Ishita suspects if some enemy has planted a hidden camera in her room again. She tells Mani that she has checked her room well and didn’t get the camera.

She tells Ruhi and Aaliya that Raman is alive and he is kidnapped. She tells her plans to behave insane, so that the family sends her to the mental asylum. She tells them that she is doing this drama to trick their enemy, she can go free and find Raman at ease. Ruhi, Aaliya, Karan and Yug get too happy to know this good news. Arijit meets them to check on the current situation. He makes excuse of work to know about Ishita. Ishita behaves mad once again and ruins her room in rage. The Bhallas worry for Ishita.

Arijit overhears Simmi and Mihika’s conversation about Ishita’s mad behavior. He realizes that Ishita is losing her mental balance. He rejoices and feels his plan is working. He wants to break Bhalla house. Ishita is sent to the mental asylum. She reaches close to her enemy, Arijit.