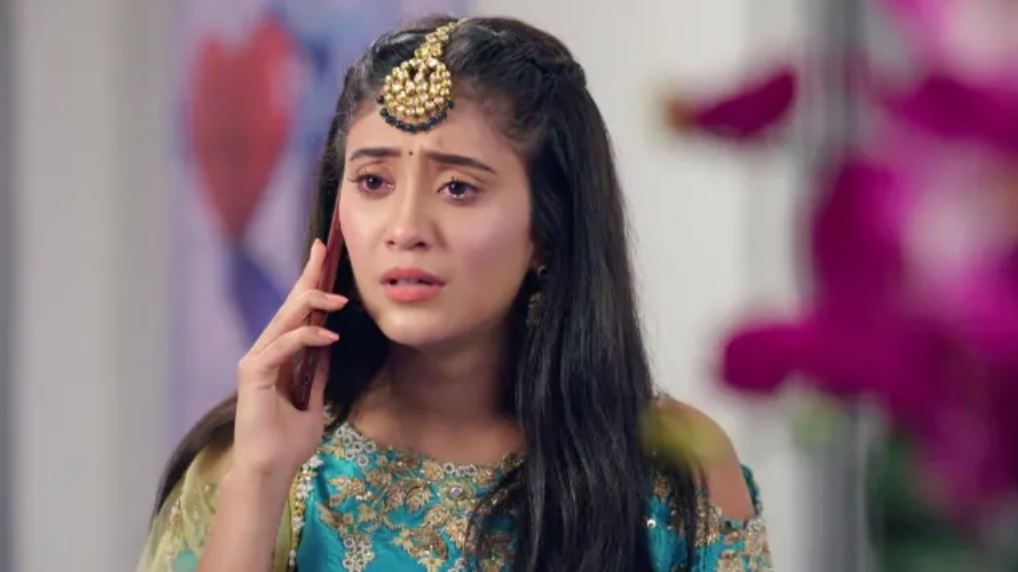 Yeh Rishtaa Splendid twists Naira lands in Udaipur Kairav finds Naira missing Kartik a lot and crying in his memory. He feels bad and thinks what could he possibly do to bring them together. Kairav is made to sit on the swing while Naira dances with the girls. He gets dreaming of Kartik and Naira celebrating Sawan Milni together happily dancing. He wishes that his dream turns true. He makes a prayer that his dream is fulfilled. Kartik also dreams of Naira. He recalls the last time they were together on Sawan Milni. He feels her presence around all the time. He finds Vedika in danger. He senses the swing is about to break down.

He runs to her rescue and saves her from getting hurt by the fall. Goenkas get happy that Kartik is caring for Vedika so much. Kartik asks Vedika if she is fine. Vedika asks him not to worry. Kairav faints down suddenly, which makes Naira panic. Naira takes Kairav to the hospital and prays for her. She misses Kartik and wishes that he was with her. Kartik feels restless like someone from his family is in trouble. He can’t believe the weird feeling bothering him. He checks on everyone in his family.

He finds everyone fine. He prays that he reaches the person who is in trouble. He wants some help to reach the needy person. Kartik unknowingly prays for Kairav. Naira worriedly thinks to contact Kairav. She wants her son to be fine. The doctor checks Kairav and tells about Kairav’s condition. Naira doesn’t want Kairav to have any illness. Doctor asks about Kairav’s parents’ medical history. Naira tells the doctor about the clot in her brain. She reveals her illness and tells doctor that she is completely cured now. The doctor asks her to arrange the medical reports so that Kairav’s condition can be understood.

Naira calls up the hospital in Udaipur to get the reports. She doesn’t want any delay in Kairav’s treatment. The nurse refuses to give any online reports. She asks Naira to come over to meet the doctor personally to get the reports. Naira yells at the nurse and tries to explain her helplessness. Kartik thinks who is the one in problem that he is getting too restless. He then thinks of Kairav. He doesn’t want to talk to Kairav. He decides to call Kairav’s mom once and enquire his welfare. Dadi decides the engagement date.

Kartik wants Dadi to decide anything she wants. She just wants to hurry up. He wants Dadi’s happiness. Gayu tells Suwarna that Kartik doesn’t love Vedika and won’t give Naira’s place to her. She tells that Kartik would save anyone in problem. She asks Suwarna not to rush with Kartik’s remarriage. Naira reaches Udaipur to get her reports, and gets sighted by her doctor.