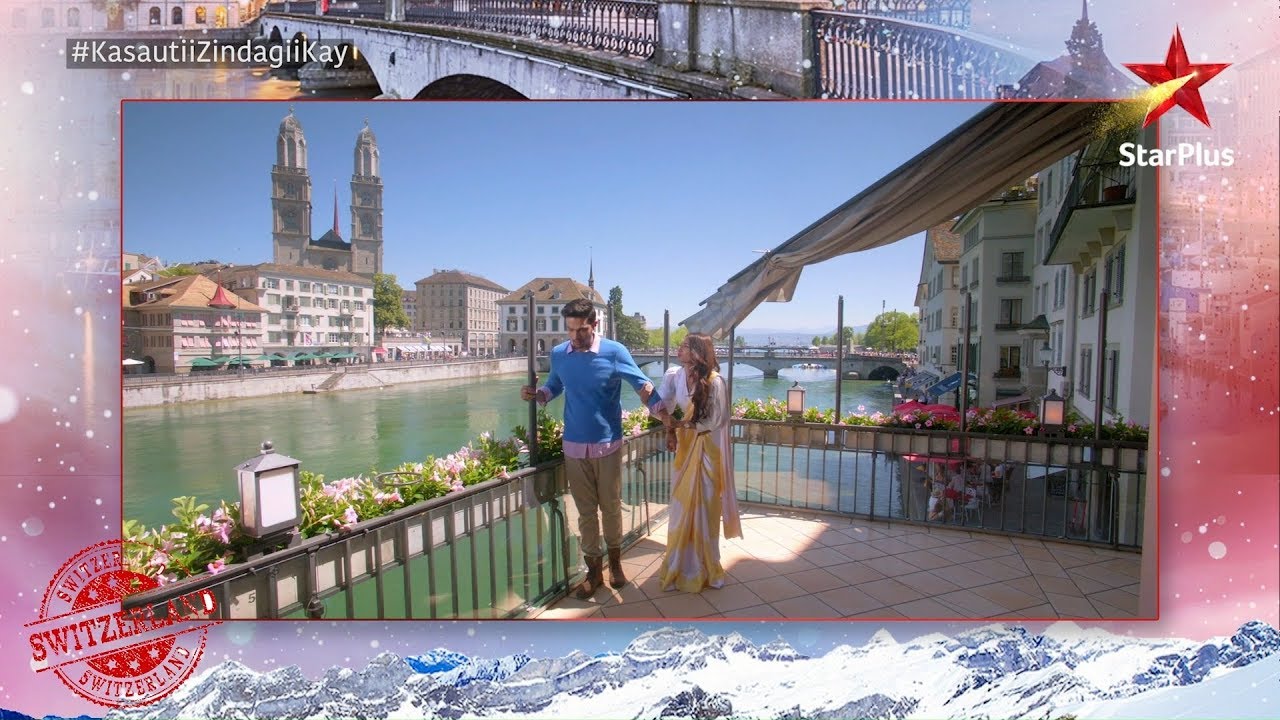 Watch Kasautii Promo Prerna Anurag to cross paths again Mohini insults Veena and Shivani in the market area. She ruins Veena’s peace. Veena gets upset. She can’t say anything since Prerna hasn’t left any option for her. Prerna recalls Anurag and gets emotional. Mr. Bajaj tells her that he has to go for a meeting, she should go back to the hotel. She doesn’t want to go to the hotel. She wants to accompany him. She sees a waterfall and thinks of Prerna. She feels she isn’t destined to unite with Anurag. She happens to meet him again. She doesn’t want Anurag to hurt himself. She is much hurt to see his sorrow.

She was helpless to marry Mr. Bajaj. Anurag feels hurt to see her getting so distant from his heart. He tells her that she is his passion now and he will get her back. He argues with Mr. Bajaj. He wants Prerna back at any cost. He challenges Mr. Bajaj that before their honeymoon trip ends, Prerna will be coming back to him. Mr. Bajaj doesn’t like to fight Anurag. He keeps his calm. Prerna doesn’t want Anurag to invite troubles for himself. She has sacrificed her love for his sake. She doesn’t want Anurag to ruin her sacrifice by his stupid move. Prerna stumbles. Mr. Bajaj and Prerna offer help to her. She doesn’t take help from any one of them.

Nivedita gets angry on Anupam. She vents anger since she is worried about Anurag. Anupam hugs a lady by being mistaken that she is his wife. Nivedita gets upset with him. He tries to clear the misunderstanding. She slaps him in anger. Anurag also goes for the same meeting. He provokes Mr. Bajaj by humiliating him. He tells the clients that Mr. Bajaj isn’t the right candidate to handle the project. Mr. Bajaj makes Prerna the project lead.

He tells the clients that his wife will handle the project. Anupam wants to make Nivedita jealous so that he gets her attention. Nivedita finds him dancing with some girls. She doesn’t pay heed. Anurag recalls Prerna. He wants to get her love back. Prerna gets emotional on hearing him. He wants to be close to her. He wants her love back. Mr. Bajaj calls it enough, as Anurag is testing his patience.