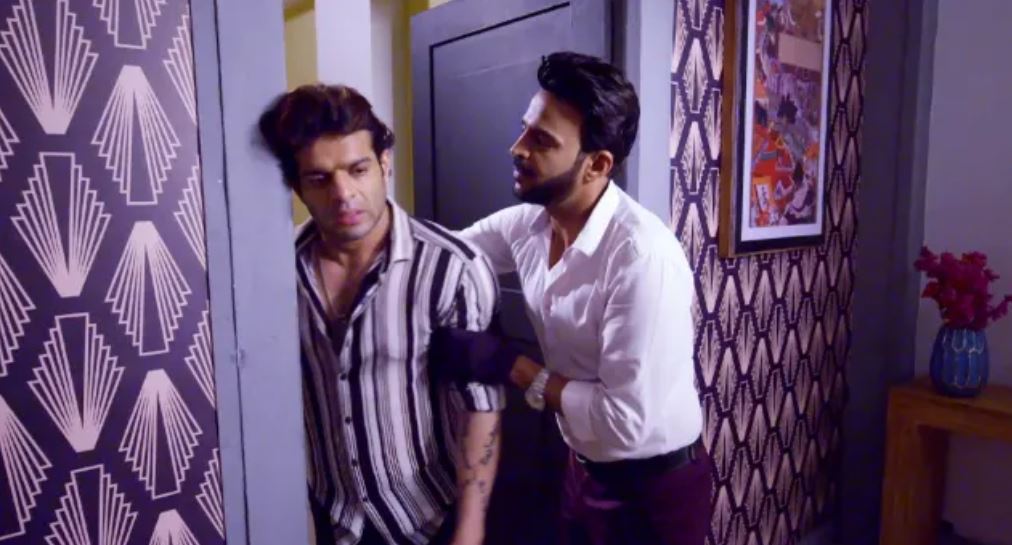 Star Yeh Hai Mohabbatein Upcoming Quick Snips Arijit tells Sunita that he can’t afford to lose Ishita, since she is his enemy. He doesn’t want Ishita to die so soon before knowing who is her enemy and what are the motives of revenge. He wants Ishita and Raman to suffer a lot just think they made his family suffer. He doesn’t reveal his revenge motives to Sunita even when she constantly asks him the reason for torturing Ishita so much. Sunita tells him that Ishita may die by the overdose of drugs. She tells Arijit that they have to make Ishita’s condition stable. She tells him that Ishita is a noble person and she can’t harm anyone. He threatens her about her daughter. She tells him that she doesn’t want to know anything, but just wants her daughter to be fine.

Arijit tells her that he will harm her daughter if she obeys her. She tries to make Ishita conscious. She asks him to help her as well, if he wants to take his revenge. Arijit and Sunita get Ishita to consciousness. She tells him that she can’t administer drugs to Ishita today, which can risk her life. He agrees to her but asks her not to act smart. Arijit doesn’t want Sunita to help Ishita. On the other hand, Ruhi and Karan wait for Arijit at the restaurant. They wonder if Arijit is doubting their plans. They wait for Arijit further.

They want to trap Arijit and know his real motives. Arijit asks his assistant to inject drugs to Raman so that Raman suffers more. Arijit doesn’t turn up at the cafe. Karan calls up Arijit and learns that Arijit isn’t well. Karan tells Ruhi that they will visit Arijit at his house by this excuse. Yug tells them that Mani also doesn’t know Arijit’s address and family. Mani tells them that they should find about Arijit’s family background. He tells Yug that he has some contacts in London and he will ask them to find about Arijit. Simmi and Mihika donate some things to get blessings for Ishita and Raman.

Simmi wishes that Ishita and Raman stay safe and come back soon. Mani tells Yug and Aaliya that Karan would have reached at Arijit’s address. He is worried if Arijit is really evil. Aaliya suggests that they should take help from Sudha, who is really smart and alert. She asks Mani to contact Sudha. They hide the entire matter from Simmi and family, so that the family doesn’t worry. Karan and Ruhi visit Arijit’s house and shock him. Arijit doesn’t want them to see Raman at his house. They don’t know how they have come suddenly.

Arijit tries to avoid them. Karan finds it fishy that Arijit is avoiding them. Arijit asks his assistant to handle Raman, since he has to go out and manage Karan and Ruhi. Arijit makes an excuse that he isn’t well and needs to stay alone. Karan and Ruhi tell him that they would take care of him. They try to look around in the house. Karan tries to check a locked room. Arijit wants to stop Karan. He hides Raman in time. Karan and Ruhi get close to Raman and miss to see him.