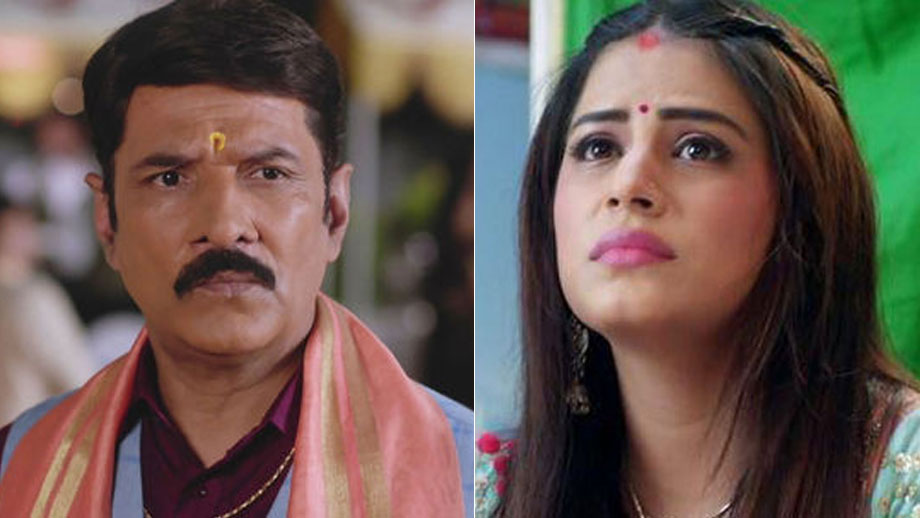 Nimki Mukhiya Power drama Tetar hatches new plan Tetar and Rituraj prepare a speech to provoke the people against Nimki. Rituraj doesn’t think their plan will work. Tetar wants Nimki to lose her support. Anaro is angered that Nimki has slapped her. She can’t believe that Tetar and Babbu couldn’t do anything for her. She is angry that Babbu has become Nimki’s puppet. Anaro questions Tetar why didn’t he teach a lesson to Nimki. She tells Tetar that everyone will praise Babbu for supporting his wife and getting justice for her. She tells him that he is a worse husband than Babbu. She asks him why didn’t he slap Nimki to defend the family. She tells him that he is too useless, he hasn’t done anything to secure his wife’s pride.

Tetar tells her that he can’t shoot down Nimki to take revenge. She tells him that she will take revenge on Nimki. He asks her not to think to harm Nimki, else he will lose in the elections. Tetar locks Anaro to control her rage. Nimki asks Babbu if her family is fine. He tells her that Mahua is upset on her. She apologizes for slapping Anaro. She wants the family to stay fine and happy together. Babbu tells her that Anaro will never hurt her, he loves her a lot and he will secure her. He wants the family to accept Nimki and respect her as a family member.

He is doing everything for his coming child. Nimki doesn’t love him. He asks her why did she forgive him so easily. She asks him not to doubt on her because of his parents’ provocation. She tells him that she has believed his reformation and came back to him for the sake of their coming child. Babbu gets convinced. Tetar makes news plans against Nimki. Mahua cries in memory of Nimki. Mahua feels Nimki still loves the family. Tetar calls Mahua to brainwash her against Nimki. Nimki calls Mahua to speak to her, but fails. Tetar makes Nimki’s family against Nimki to break her down.

Mayura bribes AC technician to compromises with Rivaaj’s AC when he comes to repair it. Rivaaj feels cold in the night and shivers. Mayura thinks Rivaaj can’t have the peaceful sleep now. Premlatha notices and calls everyone for help. Kesha blames Mayura for the incident.

Mayura replies to her that her work is to protect him from threats and not from AC malfunction. Later she goes to the secret room following Rivaaj, but he manages to hide the captive person before she could see him. He asks everyone to get ready to go to a restaurant and plans to get rid of the captive man, fearing Mayura will come there again. He tries to give him an injection, says you will feel pain now and then everything will be fine. The captive man holds his hand. Rivaaj says I will not leave you today. He injects him and decides to take him out from there. The captive man is none other than his lookalike whom he blames for snatching his rights.