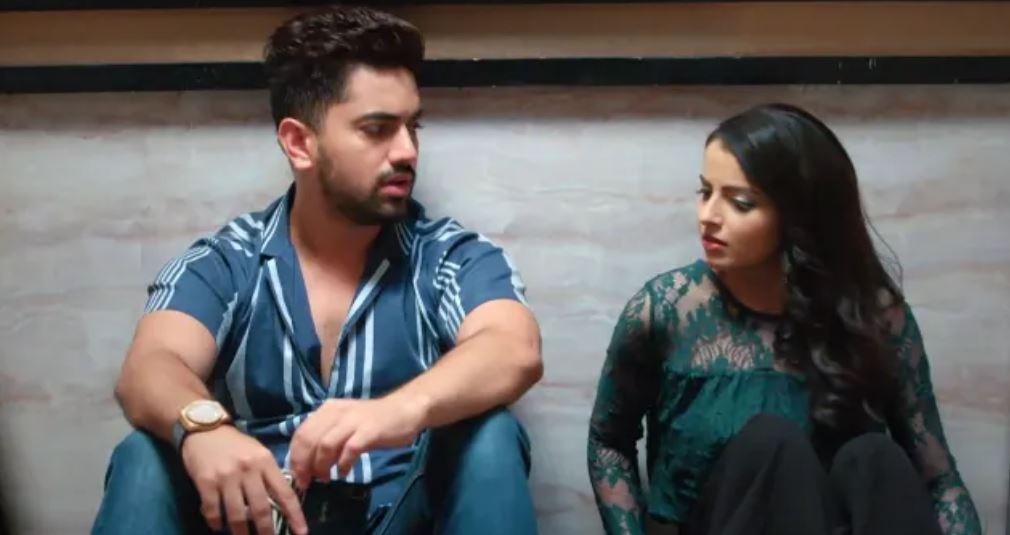 Tellyreviews Hits Top 5 Spoilers Ek Bhram Sarvagunn Sampanna Dhruv hides his intentions and plans from the family. Kabir asks Dhruv to control his feelings. He pacifies and hugs Dhruv. Pooja is kidnapped. Ishani blames Kabir’s family for kidnapping Pooja. Kabir wants to find Pooja. Ishani worries for Pooja and is very angry. Pooja is held captive by Dhruv. She shouts for help. Kabir asks Jai where is he doing. Jai tells him that he is much tensed for his exams. Kabir spies on Jai. He learns that Dhruv has gone out and not attending the calls. He calls Dhruv and asks him to answer Suman’s calls. Dhruv doesn’t want to give any answer to Kabir.

Kabir goes to the office, where Chopra questions him about Pooja. Amma thinks Kabir can never harm Pooja since he has saved Pooja before. Kabir tells Amma that he would save even an animal, since he has humanity in him. Kabir follows Chopra. He realizes that Chopra isn’t behind the kidnapping. Ishani frames Kabir and his family for Pooja’s kidnapping. Jai apologizes to Kabir. They get emotional. Kabir goes to the police station. He gets clues about the kidnappers. He tells the inspector about the biker. The driver gets the sketch made. Kabir sees the sketch and finds it resembling to Dhruv.

He tells the inspector that he isn’t able to recognize the sketch. He goes to find Dhruv. He doesn’t want Dhruv to commit any mistake. Dhruv tells Pooja that he is her abductor and now he will not spare her. Dhruv threatens to kill her. Kabir rushes to rescue Pooja.

Meher and Manav have a dreamy conversation. Meher has lost Manav forever. They have a soul to soul meet. Meher loves Manav a lot. She is in trauma of his death. Kulwant has killed Manav. Meher finds Manav around and reminisces their moments. She feels sorry to get such a mother, who has become her enemy. Kulwant slaps Meher when the latter refuses for meeting Sarabjeet. Meher cries and gets emotional. Kulwant forces Meher to get engaged to Sarabjeet. Kulwant keeps an engagement function at home. She welcomes Sarabjeet and his family. Meher unwillingly meets Sarabjeet. She tries to tell him about Manav. Kulwant stops Meher from revealing anything. Meher agrees to marry Sarabjeet when Kulwant makes her vow for her dad’s sake.

Rohit finally gets some sense into his mind. He believes Sonakshi. He tells Sonakshi that he will try to find out the real culprit by believing her once. Sonakshi is happy that Suman’s operation is successful and now she can focus on the big task to expose Sumit. She tells Rohit that Sumit has done this evil thing to defame Pari, but Pooja had become the victim. Rohit knows Sumit is a cheapster and thinks to find the truth. Rohit and Sonakshi make a plan to meet Sumit at the bar in a disguise and find the truth.

Dhanak had fooled Maai and ran away with Raghu keeping him at gun point to marry him. He is happy to elope with her. Dhanak and Raghu get married again. He gets too happy that Dhanak has come back in his life. Dhanak proposes him after the marriage and cheers him. She wins Raghu’s love. Dhanak wants to convince Maai. Raghu waits for Dhanak for the Grahpravesh. She enters the house and apologizes to Maai nicely. She blackmails Maai about her crimes. Maai gets helpless. Dhanak gets Maai’s blessings. Raghu witnesses this and feels proud of Dhanak. She makes Dhanak wear her mangalsutra and hugs her. Maai didn’t imagine Dhanak and Raghu’s remarriage.

He asks Kalyani to pay a price if she chooses to be with her dad. He threatens to end their relation. Kalyani gets stuck in Malhar and Atul’s differences. There will be a new entry in Malhar’s life. He will be getting separated from Kalyani when she chooses her dad. The new girl will be Malhar’s friend. A love triangle will be seen.