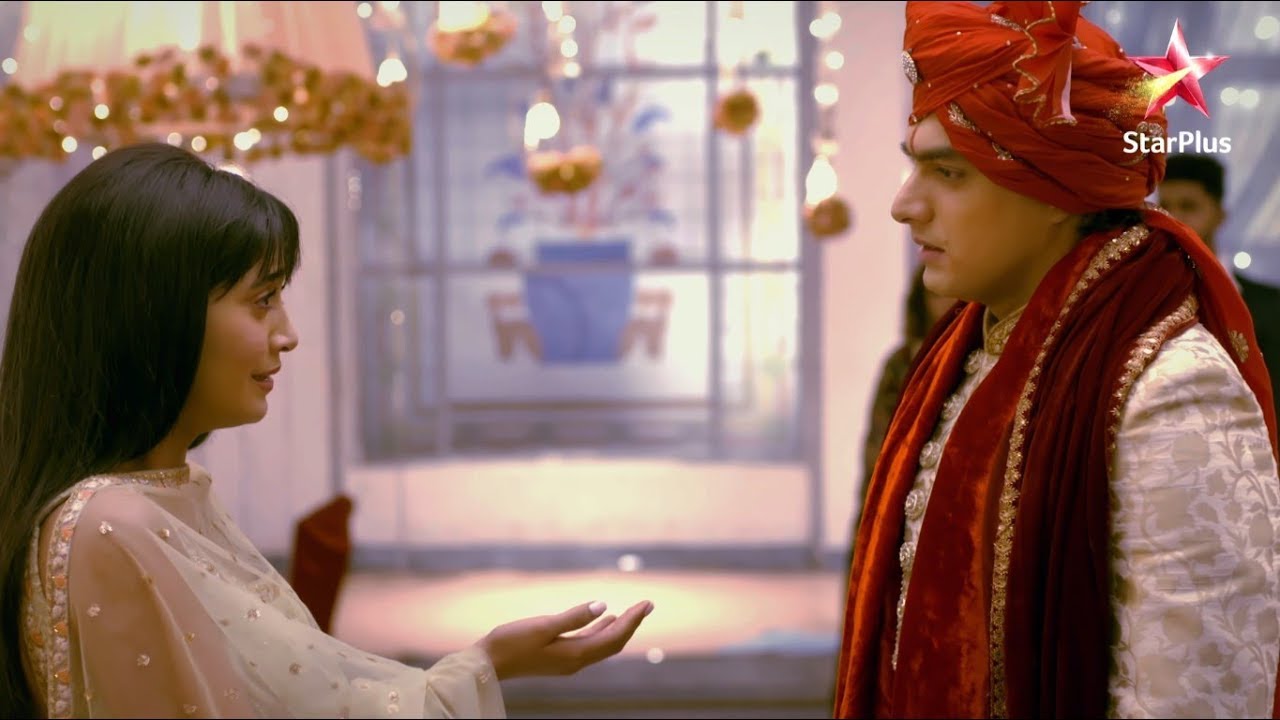 Yeh Rishta Upcoming Today Promo and Spoiler Bytes Naira tells Pallavi that she couldn’t take care of Kairav well and that’s why he is facing this illness. She wants her son to get fine post the surgery. She gives her consent for Kairav’s surgery. Pallavi tells her that its not her mistake that she has been blaming herself for Kairav’s condition. She assures Naira that she will do her best and save Kairav’s life. She tells Naira that the chances are just half in such cases, but her blessings will work for Kairav. Kartik feels that someone dear to his heart is in pain. He gets restless. Suwarna calms his fears. She tells him that he maybe feeling restless due to his sudden engagement with Vedika.

Kartik can’t explain his weird feeling of tension. She asks him not to overthink and take rest. Naira finds herself getting the medical treatment, since she fainted by tension. She recalls the day when Kairav was born. She gets too emotional. Kartik goes for a walk. He happens to see a sick boy. He gets worried for Kairav on seeing that boy. He doesn’t know why is he feeling so restless and longing for Kairav. Naira gets upset that the fate isn’t doing justice with her. She wants to be strong and fight with the fate.

She doesn’t wish Kairav to suffer. She prays for her son. She doesn’t want to tell the truth to Kartik. She thinks its too late and now its better that Kartik moves on with Vedika. She doesn’t want to trouble Kartik. She goes to Kairav and other kids in the children ward. She can fight anything for the sake of her son. Kairav tells Naira that the kids have become his friends. She tells him that the kids must face their fears strongly so that they get back home soon. Dadi misses Kairav and tells Manish that he really liked Kairav. Kartik misses his engagement ring. Vedika notices this and thinks Kartik isn’t happy.

Kartik tries to brainstorm and know who is the person related to him facing troubles. He turns too anxious and isolates himself in the room. Naira enjoys with Kairav and kids. She cheers the kids in a clown avatar. Kairav feels dizzy and exhausted after dancing a bit. Naira gets sorrowful watching him. She wants to get back to Goa and get the surgery done. Pallavi tells Naira that Kairav has to undergo the surgery right away, he won’t be able to travel. She asks Naira to convince the best surgeon for the surgery. She hopes that the surgeon may agree after studying Kairav’s case. Naira and Kartik reach the temple for the prayers. Aditya happens to see Naira. He breaks the news to Kartik at first, which Kartik doesn’t believe at all.

Aditya follows Naira to the stalls and records her video before she takes a cab and runs away. Aditya runs with the proof. Naira learns that Aditya has shot her video to get an evidence. She runs after Aditya to stop him. Aditya lands in Goenka house during Kartik and Vedika’s mehendi function. He claims to have seen Naira and also getting a piece of evidence to prove his word. Kartik yells at Aditya. Aditya asks him to check the video. Kartik doesn’t find any video in the phone. Naksh and Kartik bash up Aditya for mocking Naira’s existence and ruining their family happiness. Naira reaches Goenka house and watches all the drama happening.

Aditya gets thrown out of the Goenka house by the guards. The guests leave after the major showdown between Naksh and Aditya. Kartik stays lost and wonders what if Aditya is saying the truth and Naira is really alive. He gets occupied with Naira and Kairav’s connection. He wants to delay his marriage for a while. Naksh asks Kartik not to come in Aditya’s words, since Aditya isn’t their well wisher. Goenkas and Singhanias get worried knowing that Naira is alive. Aditya shouts to them that he is saying the truth and they will regret a lot about Kartik’s remarriage if they don’t believe him. Vedika decides to not marry Kartik. He gets helpless and apologizes to her. He tells her that he will go ahead with the marriage.