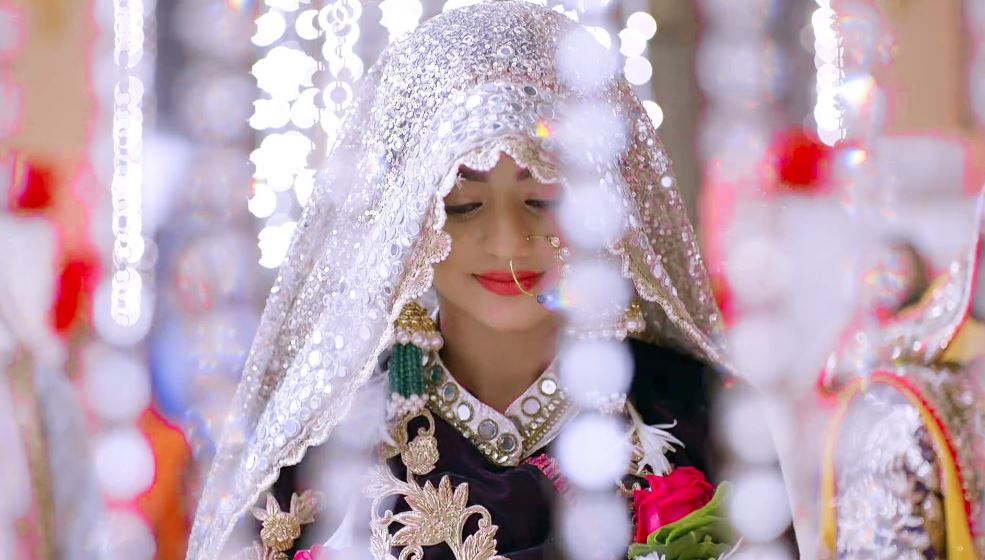 Star Bharat Major Shocking revelations and twists Sufiyana Pyaar Mera Zaroon gets a shock knowing about Mamoon’s involvement in Saltanat’s missing incident. He meets Ghazala and learns that Mamoon is meeting Sabina often. She tells him that Mamoon is behaving really weird and greedy, and joined hands with Sabina. She fears that Kainat will put all the crime blames on Mamoon. Zaroon convinces his mum not to leave him in the hour of need and stay back until they find Saltanat. She too wants to take Saltanat to Canada with him to make her safe from Kainat. Ghazala tells him that she will stay just for him. He wants to confront Mamoon.

Meanwhile, Miyajaan doesn’t want Kainat or her husband to become the rightful heir. He doesn’t want greedy Mamoon to get the heirship. He wonders who will take care of his Dargah legacy. Zaroon confronts Mamoon for coming in Kainat’s words. Mamoon tells him that Kainat had made the deal to stop the marriage. He was greedy to get Miyajaan’s throne. He feels the marriage didn’t stop and Kainat failed. Zaroon doesn’t want to forgive Mamoon for ruining his life. Mamoon loves Zaroon and doesn’t want to lose him. He wants to know Kainat’s whereabouts. Zaroon misses Saltanat and thinks of her for a while.

He falls asleep and gets a nightmare that Saltanat is in danger. He apologizes to Zainab for being rude to her. She makes a shocking revelation that Saltanat is also his daughter. He can’t believe this that Zainab has revealed the truth to Saltanat as well. She admits that she has made Saltanat cover up Kainat’s truth by revealing their blood ties. He rebukes Zainab for taking advantage of Saltanat for Kainat’s betterment. He curses her that she isn’t a good mum, and doesn’t deserve to see her daughters happy. He asks her how can she choose Kainat always, knowing she isn’t mentally stable and make Saltanat sacrifice all the time. He feels Zainab has done much injustice with Saltanat.

Sir ji gets troubled by his lookalike so much that he runs to save his house and brothel. Fake Sir ji gets the house auctioned. Gayatri calls Ronak and Muskaan home to be part of the auction. Sir ji arrives home and doesn’t see his lookalike. He stops the auction and tells the family that he is changing his decision now.

Ronak tells Sir ji that he wants to support him in every decision. Sir ji isn’t doing anything such. Ronak asks him to go and take rest. Sir ji faces his lookalike and wants to know who is he. The fraud man attack Sir ji to kill him. Ronak and the family run to protect Sir ji. Ronak tells them that Sir ji is looking mentally disturbed.

He gets a doctor to get him checked. Ronak and Muskaan had planned this drama to trouble Sir ji by using his lookalike. Ronak recalls that Muskaan has already took him the truth of Sir ji’s big lie. Ronak realizes that Sir ji is his father, who challenged his identity. He wants to snatch Sir ji’s identity. He plans to take Sir ji’s disguise to put his properties at stake to take revenge on Sir ji. Ronak and Muskaan succeed in their plan. They want to teach Sir ji a big lesson of lifetime.