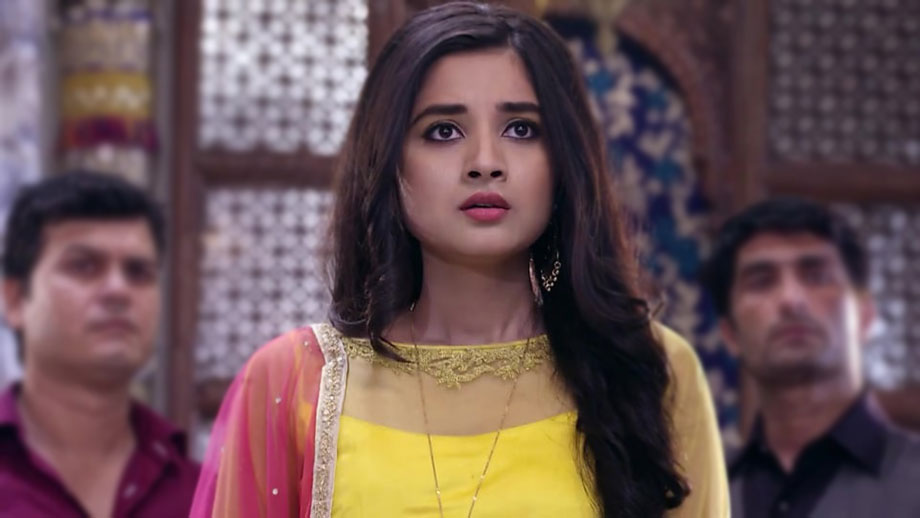 Tellyreviews Friday Spoilers and Highlights Nimki Mukhiya Sweety and Nimki tell Tetar that Babbu will not spare him. Nimki tells Tetar that he has lost and now Babbu will show him the right place. Sweety asks Tetar to punish her, but leave Nimki. Sweety wants to take Nimki to the hospital. Tetar threatens her. Babbu comes home happily to tell Nimki that Mahua wants to meet her. He gets a huge shock on seeing Nimki’s state. He shoots at Tetar knowing Tetar has hurt Nimki. Tetar stays unharmed. Sweety and Babbu rush Nimki to the hospital for aid. Babbu worries for Nimki’s state. Tunne and Mahua decorate the house and plan to welcome Nimki. He tells Mahua that he will celebrate Nimki and her birthday today.

He tells that happiness is coming with the news that Nimki is coming home. Babbu informs Tunne about Nimki’s state. Tunne gets a shock and rushes to the hospital to see Nimki. Nimki asks Babbu to stay positive, she will get fine. Babbu asks the doctor to save Nimki and the child. He loses his cool. Rituraj tries to show this torture incident as an accident. Tetar doesn’t want his son to give any statement against him. Tetar learns that Babbu is enraged. He doesn’t want the matter to get too serious. He knows Babbu’s madness. Babbu hates Tetar for hurting the coming heir. Tetar makes a new plan and pushes Anaro downstairs. He doesn’t want to lose in politics. He hurts Anaro to put the blame on Nimki. Rekha witnesses Tetar’s devilish side.

Main Bhi Ardhangini: Nilambari/Maha Maya is still doubtful on Mohini. Adhiraj brings magical powder and makes the snake appear in their humanly avatar. He tries to catch them. Maha Maya tells Mohini that Bhujang has the last soldier with him which he kept safely and nobody knows about her whereabouts. She doesn’t know she is talking about Mohini.

Ek Thi Rani Ek Tha Ravan: Mayura asks the captive man who is he? The man tells that he is the real Rivaaj. Mayura thinks he is not Raghav and thinks he must be dead. The captive man asks her to untie his chains and free him. Rivaaj comes home. Mayura comes out hearing him and pretends to be good. Later, she takes Rivaaj’s DNA sample and sends for testing along with captive man’s utensil. She finds out that they are twins as the DNA matches. The captive man hides Mayura’s earring from Rivaaj. Rivaaj is about to give him an injection. Mayura thinks to punish the guilty. Mayura thinks to go the locked room. Rivaaj is watching her on CCTV spy cam and sees her going to the locked room. Roop and Kesha search proofs against Mayura.

Akshat stops Guddan’s marriage with the old man. Antara cheats Guddan once again. She tells Guddan that she has kept the marriage condition, but she won’t fulfill her promise. Fortunately, Akshat believes in Guddan’s truth and fails Antara’s evil. Antara realizes that the groom in mandap is none other than Akshat. She gets exposed in front of Akshat. Akshat apologizes to Guddan for hurting her heart so much. He hugs Guddan and accepts her as his wife again. Guddan doesn’t want to forgive Akshat. She is hurt that Akshat didn’t show faith on her. He swears over the havan’s pure fire that he will never repeat his mistake of doubting her. Guddan stops Akshat from hurting himself. Akshat marries Guddan, after learning Antara’s evil plan.