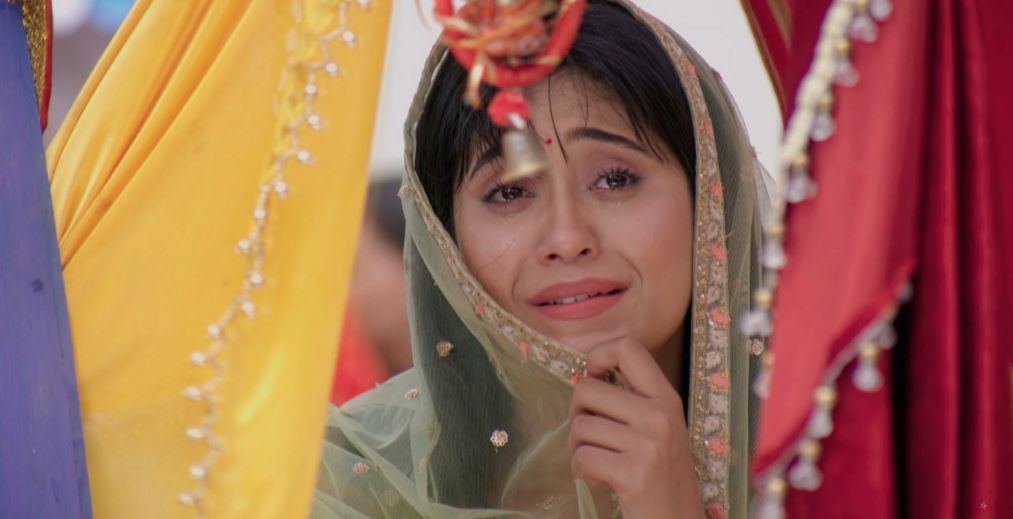 Yeh Rishta Progressive twist in Kaira’s tale Naira gets upset recalling their old days. She realizes that Kairav is going through the same thing as Kartik, who also fell ill in his childhood. She recalls Dadi’s guidance words about making special prayers for Kairav. Naira decides to visit the temple and pray for Kairav just like Dadi told her. Naira tells Kairav that he is a strong person and will undergo the treatment. She tells him that he is very brave and made everyone happy around. She makes him distracted by her talk. She takes him for the tests. She asks her friend to stay with Kairav. She tells her that she will go to the temple and pray for her son. She wants to pray for her friend’s marriage as well. She goes to the same temple where Kartik and family arrive for the puja.

Naira prays for Kairav by making a special arrangement. Dadi recognizes the prayer arrangements and realizes that its meant for a child’s welfare. Dadi tells the family that they should also pray for the child’s welfare. They all unknowingly pray for Kairav. Naira gets to see Goenkas and hides from them. She is happy that they all are praying for Kairav. She doesn’t want Kartik to see her. Naira rushes away from the temple. She gets emotional on seeing Kartik with Vedika. Kartik prays to get his answers, what is leaving him so restless. He wants to know who is in trouble. Kartik doesn’t know Naira is close. Naira hides from everyone and goes out.

Aditya spots her and questions her about hiding her identity and existence. He asks her how can she hide herself from the family. He also asks why did she make the family believe her death. Naira sees Kartik coming and runs away. Kartik asks Aditya why was he shouting Naira’s name. Aditya tells him that Naira is alive and this is the truth. Kartik doesn’t believe him. He knows Aditya is evil and wants to create troubles for him. Naira watches their argument. Aditya explains him that he is saying the truth, he just collided with Naira near the temple stairs.

He tells Kartik that he will regret a lot when he knows this truth. Kartik feels Aditya can never do good to them and is not his well-wisher. He reprimands Aditya for finding a chance to strike on their happiness again. He criticizes Aditya and asks him not to interfere in their family again. Aditya gathers proof to explain that Naira is really alive. He fails in his move. He tells Kartik that he was trying to do good by uniting Kartik and Naira, knowing she is alive. Kartik doesn’t know if Aditya is really reformed.