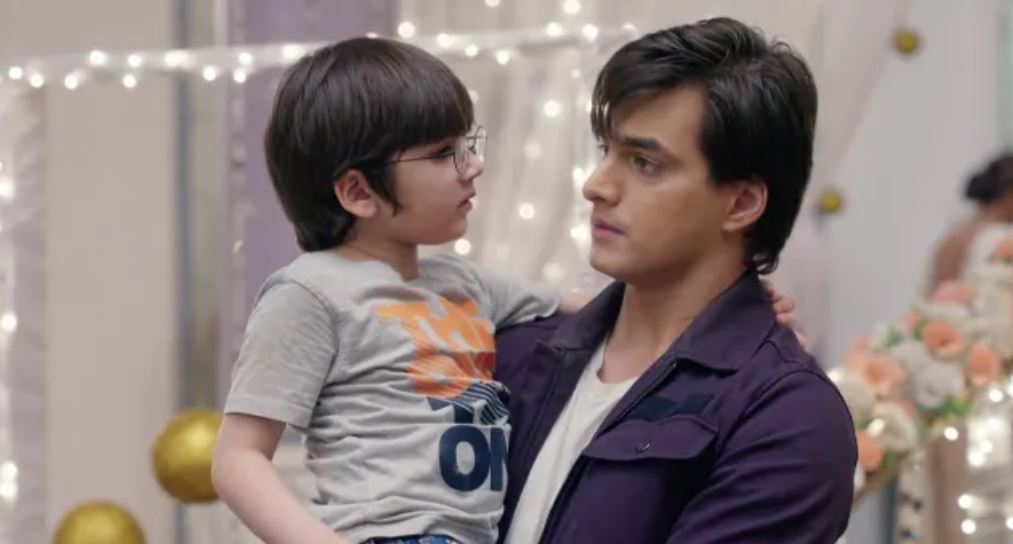 Yeh Rishta Huge twists around Kairav’s surgery Naksh doesn’t believe Aditya and beats him. The Goenka family feels Naira isn’t alive. Kartik goes lost in Naira’s memories. Vedika gets in a dilemma. She doesn’t know if she should marry Kartik or not after seeing Kartik’s emotional turmoil post this shocking news. Naksh feels Aditya is playing with their emotions. He asks Kartik not to come in Aditya’s trap. Aditya pleads to them that he is saying the truth. Aditya’s parents meet Goenkas and tell them that Aditya is facing mental stress. Naksh doesn’t want to listen to Aditya’s parents as well. They tell Goenkas that Aditya is imagining things because he is mentally disturbed. They ask Goenkas to forgive Aditya.

They take their son with them. Aditya feels Kartik will regret a lot the day he learns the truth. Kartik gets to see Naira everywhere. He revives her memories to get some peace. He shouts to Naira and asks her to forgive him once for his huge mistake. Kartik feels ashamed that he didn’t trust his wife. He hates himself for doubting Naira’s character. He runs to hug her and then breaks down when she disappears. Vedika enters the dark chamber, filled with Naira’s memories. She shatters seeing Kartik so broken. She goes out to the family and cleans her mehendi. She declares her decision that she won’t be marrying Kartik.

She stops the rituals. Dadi asks Vedika the reason for her decision. Vedika asks Dadi not to blame Kartik, he isn’t at fault, he is already in pain and he can never forget Naira. She doesn’t want to marry Kartik, which would be very wrong like snatching Naira’s memories from him. Vedika cries for Kartik. Vansh feels bad seeing Vedika in sorrow. Kartik watches the happening and isolates himself. The family gets too upset. Vansh explains Kartik that dead people don’t come back, but they have to move on. He asks Kartik not to hurt Vedika and family. He asks him to apologize to family and give his nod for marriage.

Kartik understands what Vansh has explained him innocently. He apologizes to the family. Naira doesn’t know why fate is bringing her back to Kartik again and again. Naira passes by Goenka mansion. She gets emotional. When she meets Kairav at the hospital, Naira finds him playing snake and ladder. She tells Kairav that they will win in their life game as well by making a strong team. She doesn’t want Kartik to sink back in her memories. She hides her decisions and past from Kairav. She gets informed about the surgery expenses.

Naira gets ready to struggle to arrange money for Kairav’s surgery. Kartik takes the responsibility of Kairav’s surgery expenses. Kartik assures Dr. Pallavi that he will fund the surgery. He feels sorry for the ill kid. He doesn’t know that Naira is alive and Kairav is his own son. He wants to help them out of humanity. When fate brings Kartik and Naira together again, Naira gets emotionally low and wonders if they are really destined to be together. Naira gets timely help from Kartik. Kartik decides to meet the patient’s family in need. Will Kartik realize that he is unknowingly helping Kairav? Keep reading for more Yeh Rishta Huge twists.