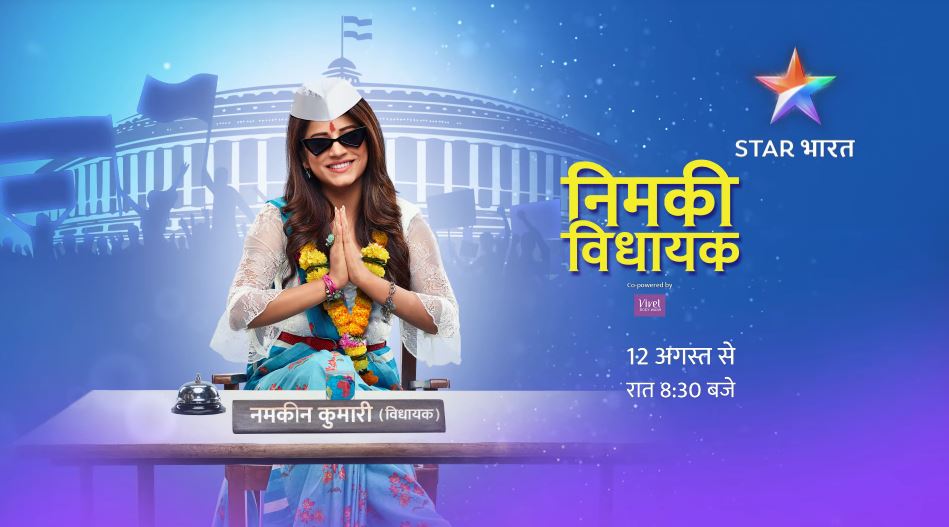 Nimki Vidhayak Season 2 commencing next week Monu is upset that Nimki is suffering so much. He tells her that he is waiting for Nimki’s child to come. He gets his toys and cries. He wants to give the toys to the coming baby. He gets emotional and goes to sleep. Nimki loses her child after the operation. Nimki doesn’t regain senses because of the anesthesia. Nimki hopes that her child is fine. She blabbers in sleep. Everyone gets upset seeing her. The doctor gives the news that they couldn’t save Nimki’s child. Tetar tells Anaro that they have to frame Babbu so that they win in the elections. Anaro realizes she is the worst mother.

She tells him that she is regretting for her mistakes and wants to apologize to her son. Tetar tells her that they should better plot against Babbu and Nimki. He stops her from meeting Babbu. He tells her that she has to tell everyone that Babbu has hurt her. He wants to project Babbu as a goon, who has hurt his wife and mum. Anaro tells him that he is the worst person. Tetar threatens her further. Babbu gets mad knowing doctors couldn’t save his child. He ruins the things in anger. Nimki screams on knowing this news. She hugs Mahua and cries. Babbu feels responsible for all the sorrows in Nimki’s life.

Mahua asks Nimki not to take tension and hurt herself. Nimki can’t believe the unfortunate thing. Babbu and Nimki break down. Anaro calls Babbu and wants to meet him. Tetar stops Anaro once again. Babbu scolds Anaro for giving a wrong statement against him. Anaro apologizes to him. Babbu blames Tetar, Anaro and Rituraj for snatching his child. He wants to punish all of them. He promises Nimki that he won’t spare anyone. The show will be going ahead with Babbu Singh’s iconic win in the elections against Tetar. Babbu will be getting his post for Nimki, by making her contest instead him.

Nimki will be seen turning into a minister from a village head. Nimki Mukhiya will be soon seen with Season 2 Nimki Vidhayak. Nimki’s character will be seen fighting against the society’s wrong norms. Nimki will be seen as a confident and independent girl, a minister who reaches Patna to rock the state ministry. Babbu turns positive and becomes Nimki’s big support.