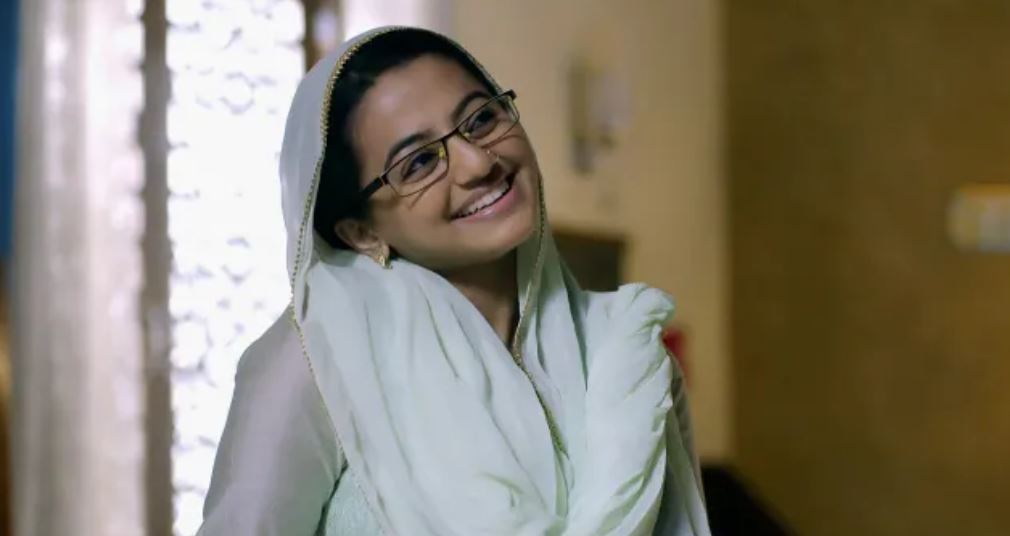 Telly Reviews Highlights Sufiyana Pyaar Mera and Muskaan Saltanat gets critical. Zainab assumes her to be Kainat and cries. She tries to wake her up. She looks at Saltanat’s hand and looks for some mark. Zaroon comes there and asks her to get up. Zainab sees the black thread in Saltanat’s hand and recalls that she had tied it up. She realizes that she is Saltanat. She tries to tell this to Zaroon. She doubts on Kainat. Kainat reaches to stop her. She is angry on Zainab. She recalls about hurting Saltanat and erasing the mole mark. Zaroon doesn’t know how he is connected to Saltanat and feels he should be with her, unaware that she is Saltanat. Kainat tries to trick him and make him away from Saltanat.

Someone plans to harm the Shah family. A mysterious person enters the mansion with an evil intention. Kainat returns home and plans to surprise Zaroon, so that he forgets Saltanat forever. Kainat gets prepared to have a romantic night with Zaroon. Zainab spies on her and finds the truth that she is Kainat. She hears Kainat’s mad planning to get a child. Zainab wants to expose her and limit her madness.

Sir ji hides at the brothel to save himself from Ronak and Muskaan. Ronak chases Sir ji. Sir ji flees from the window. Ronak plans to catch Sir ji some how. He asks Hanumant to track Sir ji and catch him to put him back in the asylum. Muskaan tells the girls that they are free to go now. Tabassum stops Muskaan from sending the girls. Ronak threatens Tabassum and asks her to pack her bags too. He wants to build a school on the brothel land so that he can give a tribute to Aarti. Muskaan gets happy and hugs Ronak.

She thinks Aarti would be happy knowing this. Gayatri goes to feed the poor people at the temple. Sir ji meets his sister and tells her that he isn’t mad, but its Ronak’s plan to snatch his property. He asks Bua to support him if she wants his property. He wants to fail Ronak’s plans. Bua gets a shock, but hides this truth from Gayatri. Ronak and Muskaan make a plan to ruin Sir ji. Sir ji and Tabassum meet some big officers and want to make sure that Muskaan dies. He gets against Ronak as well. He wants Ronak and Muskaan dead. He feels Ronak has gone mad and now he will kill Ronak. Ronak knows Sir ji will never change.

He tells the family that Sir ji lied about his birth. He feels he has been wrong to believe Sir ji. He shows the DNA reports to the family. He tells them that Sir ji has troubled Gayatri a lot. He asks the family not to support Sir ji. Sir ji wants to have a war with Ronak and Muskaan. He thinks he will get peace when he finds them dead.