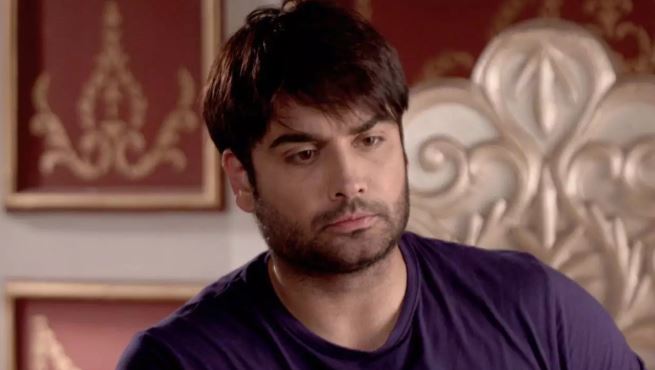 Shakti Looped Twist Harman obstructs Soumya’s marriage Vedant tells Soumya that his obsession is more than her stubbornness and tells her that she has to marry him. Soumya tells that she will never marry him. He tells her that he permit her to die as Harman’s wife and she can die later after their marriage. Soumya is shocked. He snatches her phone and locks her in the room. Bansal, Rekha and others ask him about his behavior. Soumya tells Bansal that she doesn’t want to marry Vedant and was helpless to act of marrying him to free Harman from lock up and the accusations. She tells him that Vedant and her marriage was fake. Mr. Bansal is shocked.

Soumya tells him that she always loved Harman and will remain his wife until her last breath. She requests him to make Vedant understand. Mr. Bansal asks Decorators to take back all the decorative stuff and says this marriage will not happen now. Vedant points a gun at him and says he will marry Soumya today itself, in the same temple and in front of the same Mata Rani and if you try to stop me then I have to shoot the gun at you.

Mr. Bansal is shocked to see Vedant’s dangerous side. Vedant walks out of the house with Soumya and makes her sit in car forcibly. Preeto does puja and thanks God as Harman left his drinking habit. Mr. Bansal calls Harman and tells him that Vedant and Soumya’s marriage was fake, but today he is forcibly marrying her in the temple. Harman gets angry and leaves from home to reach the temple. Harman wants to save Soumya from a wrong marriage. Will Harman succeed in his goals? Keep reading.