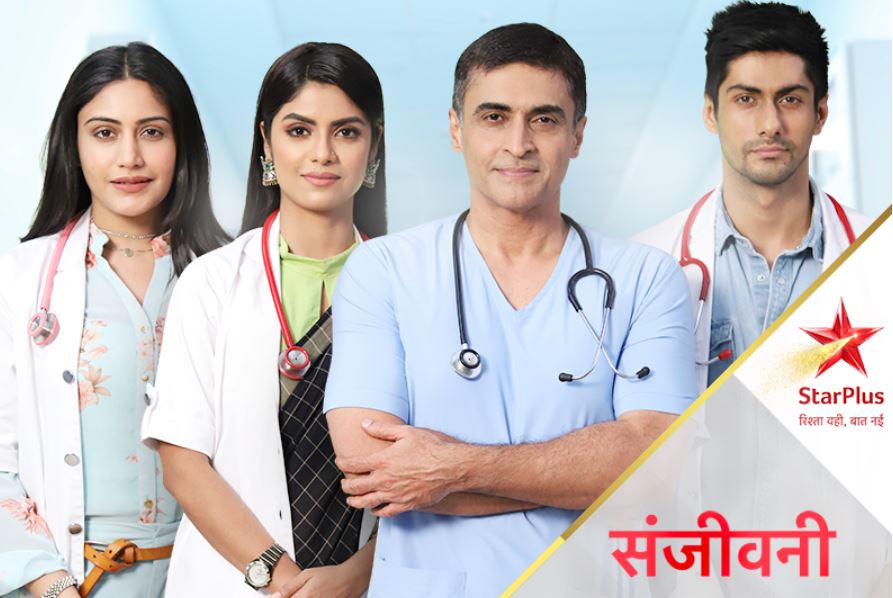 Star Plus Sanjivani Kasautii Zindagii Kay Highlights Anupam asks Anurag to find out the reason for Prerna’s marriage. He tells Anurag that if he thinks she has married Bajaj for money, then Anurag should earn more to make her regret on her selfish decisions. He asks Anurag to get ready for the meeting, since the investors are waiting since a while. Anurag is ready for the meeting. Anupam thinks its better that Anurag stays occupied in work. Mr. Bajaj gets a soft toy for Sneha/Kuki. He asks Prerna and Maasi about Kuki. He realizes that Kuki is missing. He loses his cool. Prerna tells him that she was playing with Kiku and doesn’t know where Kuki had run. He gets angry on her carelessness.

Mohini and Nivedita get to see how he treats Prerna, just like Sneha/Kuki’s caretaker. Mohini tells him that he is counting on a wrong person, she had done the same mistake to give Anurag’s responsibility to Prerna. Mr. Bajaj looks for Kuki. Nivedita asks Prerna how can’t she look after a little girl. She hears Mr. Bajaj scolding Prerna for not doing her duty. Tanvi shouts to them that Kuki has fallen unconscious in the storeroom. Everyone rushes to Kuki. Mr. Bajaj gets panicking and ask Maasi to call the doctor. Prerna feels guilty. Maasi and Tanvi are behind the conspiracy to trouble Kuki. They want to make Prerna fall in Mr. Bajaj’s sight.

They play this drama knowing Mr. Bajaj has married Prerna just for Kuki’s sake. Prerna respects Mr. Bajaj for being the best father for Kuki. She apologizes to Kuki for leaving her alone. She asks her how did she faint. Kuki expresses that someone scared her as a ghost in storeroom. Tanvi lies to Prerna. Maasi tells Mr. Bajaj that Prerna isn’t mature to look after Kuki. He feels he should give another chance to Prerna. Maasi thinks to break Mr. Bajaj and Prerna’s marriage. Maasi makes a new plan to hurt Prerna. Anurag gets caring for Prerna.

Sid and Ishani get into clashes again. They rush to attend the emergency case. Shashank operates the little boy and saves his life. He informs Sid about the boy’s successful surgery. Sid and Ishani work together on the case. She impresses him by her skills. Anjali asks Shashank if she can’t take his position after his retirement. He doesn’t think that his job is a heirship that goes to her. He feels she isn’t prepared to handle the CMO post. Anjali taunts him for killing their relation. He faints down and asks for Juhi. He gets diagnosed.

He is suffering with a brain tumor. Anjali summons Juhi for Shashank’s surgery. Shashank feels just Juhi can save his life. He knows she is the best neurosurgeon. Sid and Ishani get another case together. Ishani has to assist third year resident doctor Sid. Ishani finds the patient serious. She wants to show the patient to the psychiatrist. Vardaan learns Ishani is Dr. Arora’s daughter. He wants to taunt her about her dad’s wrong practice. Ishani doesn’t want to be known by her dad’s name and mistake. She wants to clear her dad’s name and prove him innocent. She wants her good work to speak for her. Ishani complains to Anjali about Sid.

She gets surprised knowing she has to assist Sid. Anjali meets Juhi after a long time. Juhi returns to Sanjivani and turns emotional. Juhi meets Shashank and learns about his wish. He wants Juhi to take the CMO post in Sanjivani. Juhi doesn’t think she should take the big risk. He asks her if she will let him die without operating him. Juhi agrees for performing his surgery.