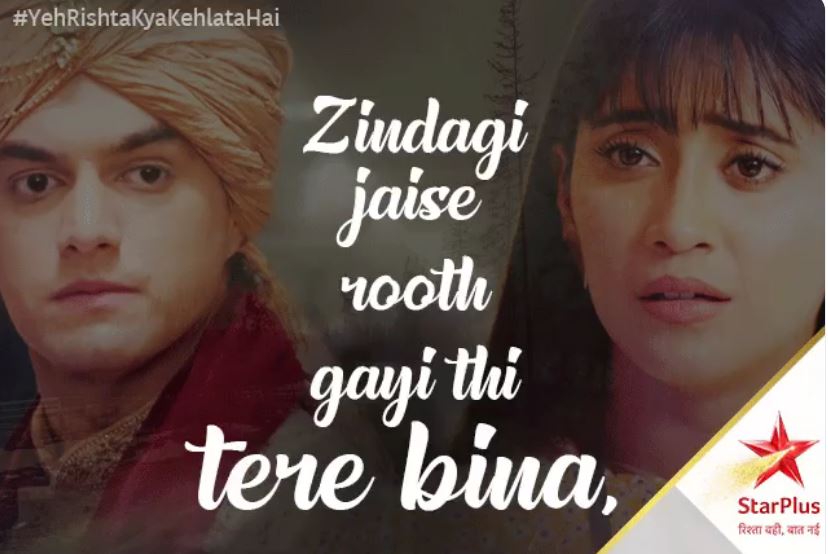 Star Plus Tuesday Twists and Spoilers lined Yeh Rishtey Hain Pyaar Ke Abir loves Mishti and learns that she is innocent. He gets the news that Mishti is leaving the city. He rushes to the airport to stop Mishti. He rides a white horse and gets a dramatic entry at the airport. Abir gets obstructed by the security guards. He wants to stop Mishti. He gets some help from his childhood friend and still rushes in. He realizes that her flight has taken off. He looks for her and shouts her name. The passengers also help Abir. Mishti prays that Abir comes to take her. She hears Abir’s voice when she goes to enter the plane. She hears the people shouting out to her. She wants to know what’s happening. She goes to see Abir. Mishti gets back on Abir’s call. Abir and Mishti have a cute union. They confess their love.

Sonakshi orders a phone for Rohit to gift him on their dinner date. Pulkit receives the phone. Sonakshi asks the helper to pack the gift since she is getting ready. The helper doesn’t get to see the phone and instead packs the wax strips. She gets mistaken and hands over the gift to Sonakshi. Sonakshi completes her shoot. She gets tensed to meet Rohit. She wants to look better when she meets Rohit. She is excited for the dinner date. Rohit comes to pick Sonakshi. Rohit and Sonakshi leave for their first ever date. Rohit tells her that he wanted to talk to her regarding the hospital events. Rohit compliments Sonakshi on her look.

She feels happy that Rohit is such a simple person. They reach the restaurant and begin talking to discuss the purpose of the date. He asks her to meet the patients at the hospital and encourage them, since her character of Parvati is much influential. He asks her if she would charge for this. Sonakshi agrees to visit the hospital every month without charging any fees. She asks Rohit to take her for dinner every month to pay her fees. Rohit gets surprised by her wish. A lady gets a heart attack. Rohit attends the lady. He rushes the lady to the hospital. He treats the lady. Sonakshi waits for Rohit. Rohit gets stressed about the case.

He hugs Sonakshi in tension. Sonakshi encourages him. Pooja misses to see the orphanage file. Akash learns that Pooja is adopted by Yash and Nishi. Rohit prays that his patient gets saved. He tells her how he has lost a patient before. Sonakshi tells him that she will pray for all his patients. She gives him the gift as a good gesture. She asks Rohit to check the gift. Rohit gets puzzled when he finds the wax strips as the gift. Sonakshi confuses him further by asking him to use the gift, a phone. He doesn’t want to use the wax strips. They get into a funny conversation. Rohit’s family mock him over the funny gift. Sonakshi doesn’t know about the gift swap.

Kartik and Naira have finally come face to face. Kartik is happy to get his Naira back, but he is equally upset that he was away from Kairav for so long. He tells Naira that he had a right to know about his son, who also yearned for him so much. He curses himself that he had lost Naira and Kairav because of his mistake. He complains to her that she could have shared about Kairav’s birth and returned to him, she could have punished him for his suspicion. Naira and Kartik side their differences for Kairav’s sake. They call the surgeon Dr. Juhi from Sanjivani hospital. Dr. Juhi makes Kairav’s surgery a success. Kairav’s family completes because of Kartik and Goenkas. Kartik wants to forgive Naira for hiding the big truth of her existence.

Ek Thi Rani Ek Tha Raavan:
Rani plays a new plan to take revenge on Rivaaj. Rani/Mayura tries to hurt Rivaaj. She stops him from escaping. She gives him an electric shock to fail him. She wants to replace Rivaaj with Ram. Rivaaj doesn’t lose and laughs knowing Mayura’s plans. He tells her that he will not spare her once he gets free. He finally gets himself free from the chains. Mayura wants to trouble him and end his game.