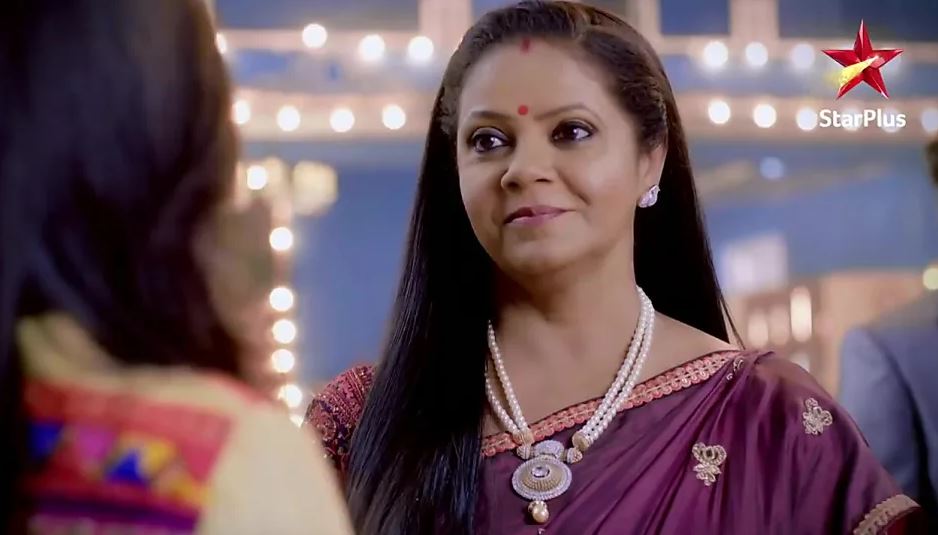 Ye Rishtey Pyaar Ke Highlights and Spoilers lined Rajshri asks Mishti if she likes someone. Mishti likes Abir a lot. She doesn’t tell anything to Rajshri. She tells Rajshri that she doesn’t love anyone. Rajshri tells her that she loves her a lot and will get a Ghar Jamai so that Mishti doesn’t go away from the family. Mishti asks her if she will forgive her if she does some big mistake. Rajshri tells her that she will stay upset for a while and then forgive her. She doesn’t want to oust Mishti from the house. She asks Mishti why is she asking this. Mishti doesn’t tell her about Meenakshi. Parul offers help to Kunal and apologizes to him.

She wants to bond with Kunal. Meenakshi keeps an eye on Parul. Kunal forgives Parul and asks her to arrange a surprise for Kuhu. Meenakshi is sure to win some how. Maheshwaris and Rajvanshs meet. Rajshri finds Abir happy and blesses him. Abir wants to confess love to Mishti and surprise her. Mishti starts behaving bad with Kuhu and shocks her. She gets hurting Kuhu’s heart. Varsha worries seeing Mishti and Kuhu’s fight. Mishti becomes bad in Varsha’s sight. Mishti boasts that she has given Kunal to Kuhu in charity. She misbehaves with Varsha. Vishwamber asks Mishti what’s the problem. Mishti drags the fight to the point where she can reveal Kuhu’s illegitimacy.

Jasmeet tells Mishti that Mishti is an adopted one. Mishti tells them that she is better than Kuhu, since Kuhu is illegitimate. Everyone is leaved shocked by Mishti’s bitterness. Abir can’t believe what Mishti is doing. Meenakshi insults Mishti and makes everyone sure that Mishti’s heart has no good feelings. Kunal fights with Mishti and does a drama. Mishti still maintains that Kuhu is illegitimate. She finds the guests at the door. Kunal tells them that he had called the guests to surprise them, but Mishti had created this trouble. Meenakshi asks Vishwamber if Mishti is saying the truth. The entire family supports Kuhu.

Maheshwaris want happiness of both Mishti and Kuhu. Vishwamber tells Meenakshi that the truth is known to Kunal already. Rajshri tells them about Varsha accepting Kuhu. Shaurya admits that Kuhu is his illegitimate child. He regrets for his affair. He doesn’t want Kuhu to get punished for this. Kunal tells them that Mishti has brought this truth out, but he can’t tolerate this.

Mishti tells everyone that Kuhu isn’t her sister, she hates Kuhu and can never tolerate her. Abir is speechless seeing Mishti’s hurting behavior. Mishti sheds tears away from the family. Meenakshi and Kunal take their plans ahead and break Kuhu’s heart. Kuhu didn’t expect Mishti to do this. Mishti wants the family to hate her. She is doing this to fulfill Meenakshi’s condition. She wants Kuhu and Kunal to get married. Abir confronts Mishti for her wrong move. She asks Mishti how could she do this.

Mishti brings shameful times for Rajshri and Vishwamber, who believe her the most. Kunal decides to break up with Kuhu to put the blame on Mishti. He knows that Abir will never forgive Mishti now. Parul can’t believe that Meenakshi has manipulated Kunal so much that he can’t see anything. She decides to tell the entire truth to Abir and save Mishti. Keep reading for Ye Rishtey Pyaar Ke Highlights.