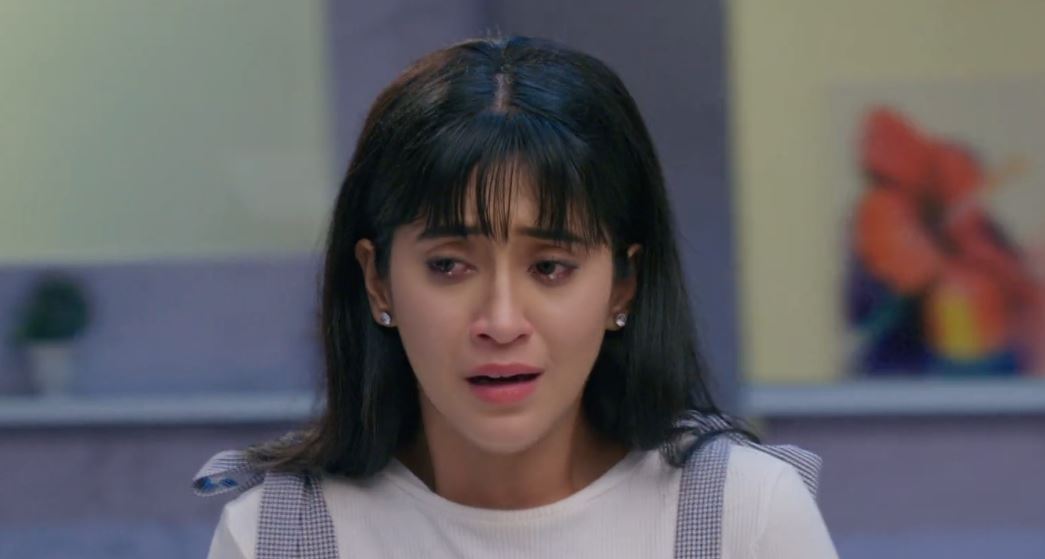 Yeh Rishta Huge Shocks with Naira’s truth opening up Dadi is much angered that Kartik left his marriage incomplete. She feels if Kartik has no emotions for Vedika and them. She tells Manish that Kartik has gone to see Kairav, who has become more important to him than them. She wants to know what’s their relation that Kartik is so longing for Kairav. She doesn’t like Kartik’s careless behavior. She loses courage to face Vedika, since she assured Vedika that Kartik will accept Vedika soon after the marriage. She feels to have done injustice with Vedika. The entire family is also angry on Kartik. They think to go to the hospital and meet Kartik. Dadi wants to get back Kartik for marrying Vedika.

Meanwhile, Kartik is with Naira. He wonders where she stayed for five years and how she managed everything alone. He cries that his one question had spoiled their lives and broke them apart. Naira’s friend comes to check on her and update about Kairav’s surgery. She thanks Kartik for saving Kairav’s mum. Kartik tells her that she is Naira, his wife. He then realizes that Naira is Kartik’s mum. He cries knowing she had kept his son away from him. Naira gets conscious and faces his wrath. He tells her how much he cursed himself after losing her. He asks her how did she stay away from the family and lied about her death.

He gets much upset with her. He tells her that she didn’t lose her memory and still stayed away deliberately. He goes away from her. Naira is happy that she has met Kartik after so long. She was afraid to meet him, but thinks all her fears were wrong. Kartik loses his cool when he recalls his journey with Naira. He behaves weird and advises a man not to cry for his wife’s death, who could come back alive after some years. The man asks Kartik if he has lost his mind, how can he say this. Kartik wants to have Kairav with him, since he didn’t spend time with Kairav ever. He behaves really crazy and goes hyper. Doctor takes Kartik to stabilize him.

Naira accepts her mistake and regrets. She wants to apologize to Kartik. She finds Kartik unwell. She worries and feels responsible for his state. Kartik turns raging seeing her. Naira hides from him again when she finds him angry. Naira goes to meet Pallavi to know about Kairav.

Kairav waits for his mum and dad. He thinks to go and check if they are outside. Pallavi summons Naira to tell her about Kairav’s surgery process. She awaits Dr. Juhi and Dr. Sid for his surgery. Kairav gets delighted to meet Naira and Kartik.

Yeh Rishta Huge Shocks Naira meets her family who happens to come to the hospital to see Kairav. Kartik tells the family that Kairav is really his own son. Manish asks him not to play riddles and tell the complete truth. He asks Kartik if he is serious, who is Kairav’s mother. Kartik reveals Naira to them. Naira’s existence shocks the family. She tells them that Kairav is her son. The family condemns her decision and asks her how could she lie to them about her existence. Bhabhimaa slaps Naira to make her realize her mistake.