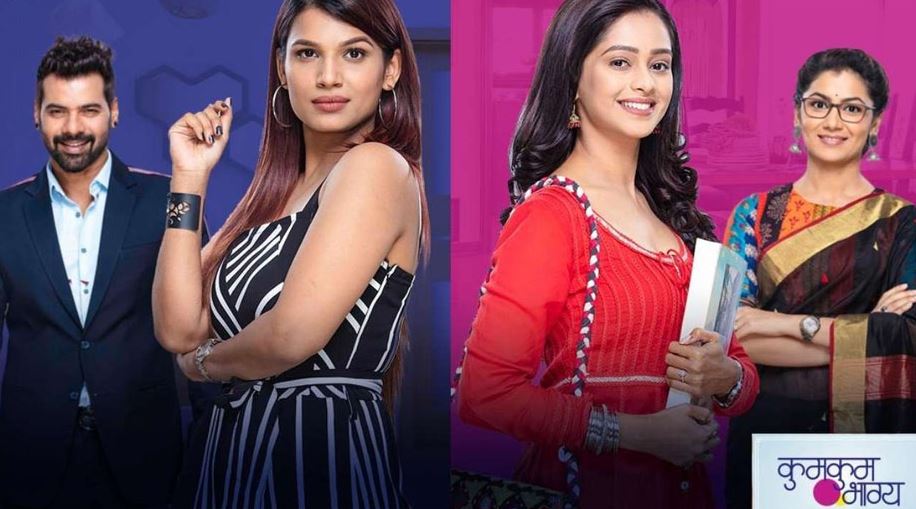 Telly Spoilers Quick Snips Kumkum Bhagya and more Abhi and Pragya aren’t able to meet despite the fate chances. Abhi receives the award from the minister. Prachi receives the award on Pragya’s behalf. This angers Rhea. Prachi is happy to see her mum being appreciated so much. Ranbir is confused over his love for Prachi. He wants to know if he loves Prachi or Rhea. Vikram lends him a good advice for love. He tells that one should always follow heart when fallen in love. Ranbir falls for Prachi. Ranbir wants to tell Vikram about his feelings for Prachi. Vikram is happy that his son has fallen in love. Ranbir doesn’t want to tell Prachi’s name. Ranbir enjoys his parents fight and laughs. He finds their fights cute. Rhea feels a right on Pragya, unaware of their relation.

Kundali Bhagya: Karan doesn’t want Preeta to get arrested. He reveals his identity to the police. He tells inspector that he can’t let the police take away his bride before the marriage completes. Karan cooks up a story to stop the arrest. He puts the entire blame on Sherlyn. Inspector asks Karan to wait until the investigations are done. Karan uses his star power as well. Inspector is also adamant to arrest her, but Rakhi and Sameer get the necklace on time and save Preeta from the arrest. It gets dramatic that Rakhi puts efforts to save Preeta. Karan thanks Sameer for removing the obstacles from his way.

Dr. Sharma tells the family that Kainat is brain dead. He doesn’t give them any hope to them, since she didn’t react even seeing the fire. Dr. Sharma asks Zaroon when did he marry Kainat. Zaroon tells him that he is married to Saltanat, Kainat is Saltanat’s sister. He clears his confusion. Dr. Sharma asks Zaroon to get more tests done. Kainat asks Zaroon to take rest. She goes with Dr. Sharma to the hospital. They take Saltanat for the tests. She is happy when he tells her that survival chances for the patient is low. He asks her about her love story with Zaroon. She tells him about Zaroon and Saltanat’s love story. Nadim praises Zaroon for being so kind towards Kainat.

He is afraid that Saltanat is facing injustice because of his inclination towards Kainat. He asks Zaroon not to let his extra concern affect his marriage. Zaroon tells Nadim that he will always love Saltanat, she is his life. He calls Kainat his responsibility. Zainab struggles and frees herself. She gets a phone by luck and calls the police.

She informs the police that she is captive by her daughter. She thinks to tell them about Kainat. She realizes that Kainat is on the other side of the line. Kainat asks Zainab not to try hard, since there is no loose end. Kainat gets bitter and wants revenge for her dad’s death. She asks him not to snatch Zaroon from her. She promises to kill Saltanat. Zainab doesn’t want anything to happen to Saltanat. Dr. Sharma tells the family that after all the tests, he can just conclude that Kainat is brain dead and she should better be off the life support system. He ends all their hopes, which breaks them down. Kainat asks Zaroon to be with the patient in the last moment. Zaroon gets too emotional in guilt.