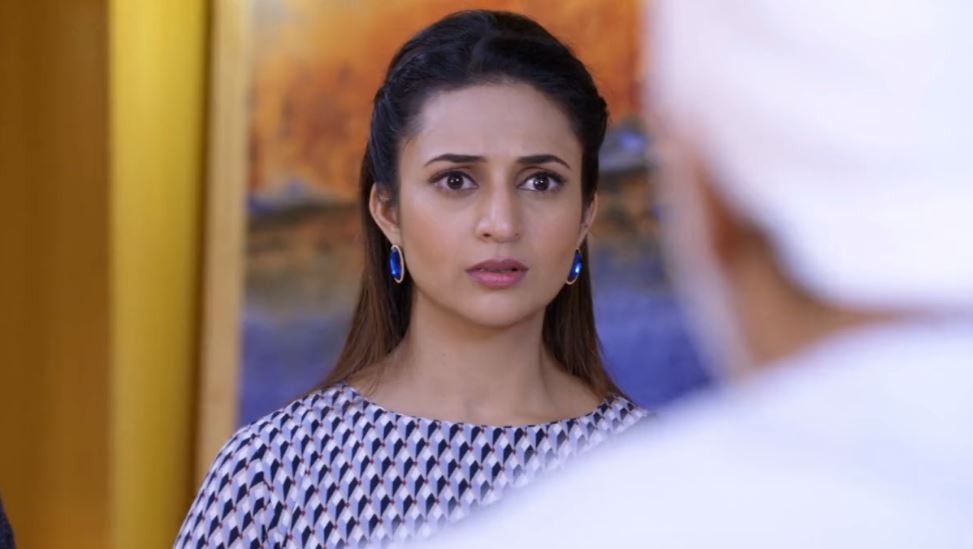 Yeh Hai Mohabbatein IshRa Stunning meet Ishita wants to leave for the hospital, but lies to the family. Mihika doesn’t want her to invite unwanted suspicion. She asks Ishita to stay back. The neighbor informs about seeing Ruhi and Karan at the hospital. Ishita makes an excuse and doesn’t tell anyone. Mrs. Bhalla feels the family is hiding something and maybe she should go to the hospital to find out who is admitted there. Ishita reaches the hospital and learns about Arijit. Ruhi and Karan tell her about Arijit desperately trying to find Raman. Karan tells her that he has fooled Arijit and didn’t let him see Raman. Ishita doesn’t want anyone to know that Raman is alive.

Mr. and Mrs. Bhalla reach there to find what are they hiding. They find Ishita and learn that Raman is hospitalized. They get a big shock and turn blaming Ishita for hiding about their son. Ishita tells them that she didn’t wish to hurt them and had to conceal the matter. The family gets insisting to meet Raman. Raman’s parents see him and break down seeing the state. Ishita tells them that she wanted to save them from this sorrow. They apologize to Ishita and leave from there. Mani knows their pain and feels sorry. Mani supports Ishita. He learns about Arijit’s company. He wants to know how is Arijit involved.

Elsewhere, Arijit gets informed that Mani is trying to find about his background. He asks the manager to conceal about Neeti. He wants to know if Raman is dead or alive. He feels he is fooling Bhallas. He gets over confident in his plans. Doctor informs Ishita that he will be removing Raman’s facial bandages. He asks her to call the entire family since its time that Raman faces them. Doctor reveals Raman’s new face by removing the bandage.

The family gets a shock on finding the big change. They feel sorry that Raman has lost his identity, his actual look. They cry for Raman and stay in worries. Arijit meets his aide. Bhuvan tells Arijit that Raman is alive. Arijit turns raging that his enemy isn’t over yet.