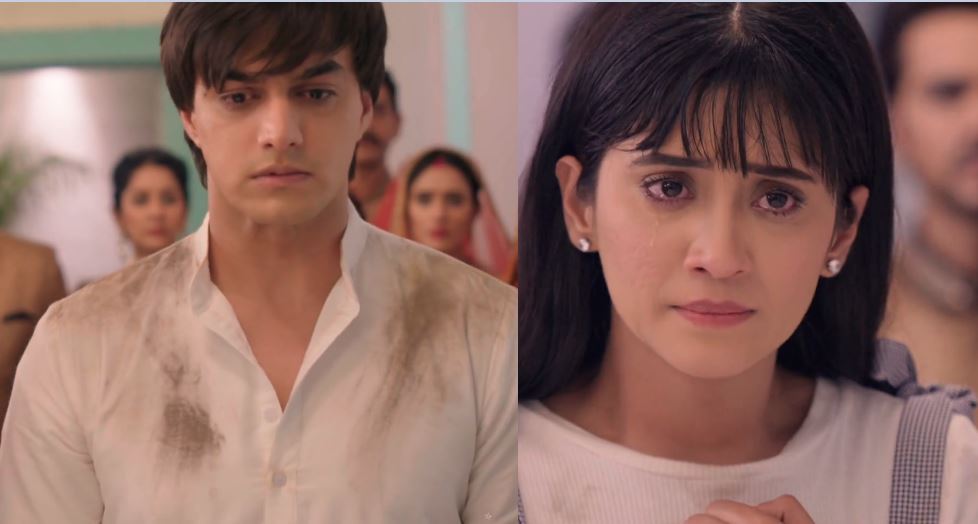 Yeh Rishta Heartbreaking news for Kartik and Naira Dadi gets emotional and imagines Kairav. She wants to take Kairav home with her soon. Kairav is undergoing a surgery. His state is getting worse. Doctor thinks to give him the life saving injection. Kartik and Naira wonder what’s the injection and why is it used. They realize that Kairav is sinking, if this injection is being used, it means Kairav is critical. Dadi misses the Goenka heir. She imagines the happiness that would come home because of Kairav’s arrival. Pallavi drops the injection by mistake. The doctors get worried since they had just one injection. Pallavi feels guilty to lose the chance for Kairav.

Dadi prays for Kairav. Manish tells her that Kairav will come back to them soon, nothing will happen to him. The necessary injection is lost. Pallavi asks Kartik and Naira to arrange another injection fast, since Kairav’s life is in danger. The family gets in tension. Pallavi assures them that she will try her best to save Kairav. Kartik and Naira try to arrange the injection. Naira visits another hospital. She begs a couple to give her the medicine since Kairav is undergoing the surgery. She tells them that she will arrange the injection for their purpose in few hours, since their child’s surgery isn’t happening right now.

She begs them for the injection. The couple gets emotional hearing her words and seeing her tears. Kartik too witnesses her emotional breakdown. He feels bad seeing her plead to the people for Kairav’s sake. The couple gets convinced to give the injection when Kartik too begs to them for Kairav’s life. The couple give them the injection and also bless that their son gets saved. Kartik and Naira try to rush to Pallavi to hand over the medicines. Pallavi tells the family that Kairav won’t get saved without the medicine. Kartik and Naira’s car breaks down.

They run back to the hospital by taking a short cut. Naira reaches the hospital and drops the injection after slipping in the mud. Kartik saves the injection from falling down. They face struggles to pass the injection into the operation theatre. Pallavi breaks the bad news that its too tough for saving Kairav. Naira asks Pallavi what does she mean, when they got the life saving drug on time. She collapses by the shock. Naira’s sudden collapsing brings tension in the family.