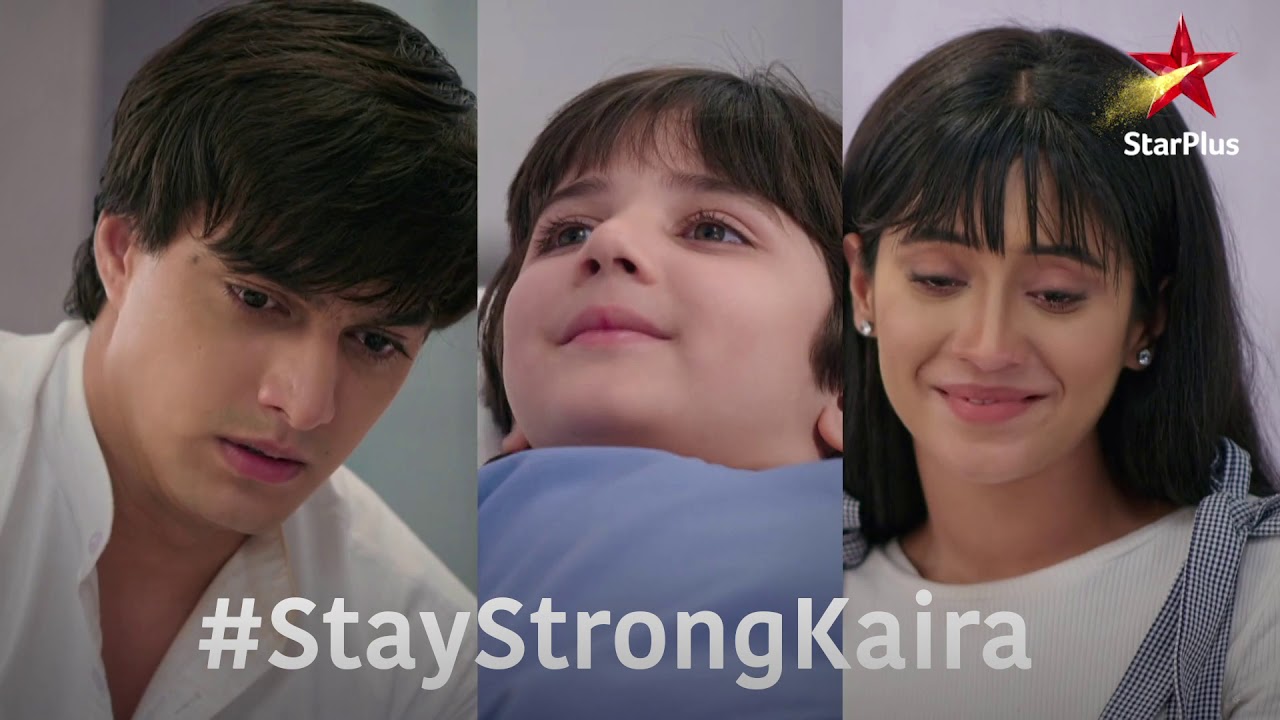 Yeh Rishta Naira’s big dilemma next Naira realizes that Kartik is of someone else now. Kartik is married to Vedika. Kartik and Naira request the doctor and ask him to let them meet Kairav once. Dr. Mehta doesn’t allow them, but Dr. Pallavi asks him to let Kairav meet his parents. She tells that Kairav needs his parents’ blessings. Pallavi asks Dr. Mehta to let them meet Kairav, their blessings can help him. Kartik and Naira meet Kairav and get emotional. Dadi wonders if Kairav is fine or not. She is much worried. Vedika asks Dadi if Kartik didn’t call her yet. Dadi tells her that Kartik didn’t come home or call them to inform about Kairav.

Kartik and Naira meet Kairav and ask him to get fine soon. They request him to wake up and see them. Kairav turns conscious. He turns stable. Kairav gets delighted to see them together. He tells Naira that he wants her to be with Kartik always. Kairav is happy to see them. Kairav tells him that he wants to live with them. They hug Kairav. Vedika reaches the hospital to know about Kairav. She finds Kartik with Naira. She gets worried. Naira also spots Vedika. She finds Vedika leaving. She gets worried and feels Kartik has gone too far from her now. Naira gets away from Kartik. Vedika thinks Naira has come back in Kartik’s life, and now she will lose her place. Naira informs her friend that Kairav is fine.

She asks Kartik to inform his family. He taunts that his family isn’t of her now and she shouldn’t worry for them. She feels Kartik has become distant from heart. Kartik calls Dadi and informs that Kairav is fine now. This brings a wave of happiness for Goenkas. Dadi tells him that she will soon come to meet Kairav. She asks for Vedika. Kartik doesn’t hear anything. Gayu tells Dadi that Vedika won’t matter to Kartik now, since Naira and Kairav have come in his life. Dadi tells them that Vedika is Kartik’s wife now, Kartik has to value Vedika, Naira is Kartik’s past, Kairav can live with them as he is Kartik’s son. She doesn’t want to forgive Naira.

She can’t do injustice with Vedika. Naira tries to talk to Vedika. Manish and Akhilesh meet Vedika at the hospital and ask for Kartik. Vedika tells them that she isn’t allowed to meet Kairav. They go to see Kairav. An emotional moment strikes them. Kartik asks the family why did they come so early. Manish asks Kartik to take rest and complete the post-marriage rituals. Kartik tells them that nothing is important to him than Kairav. Vedika and Naira get upset on hearing Kairav. Naira feels Kartik should be with Vedika. Kairav demands to stay with both his parents. Naira falls in dilemma. She doesn’t know what to do. Vedika taunts Naira for breaking her marriage.