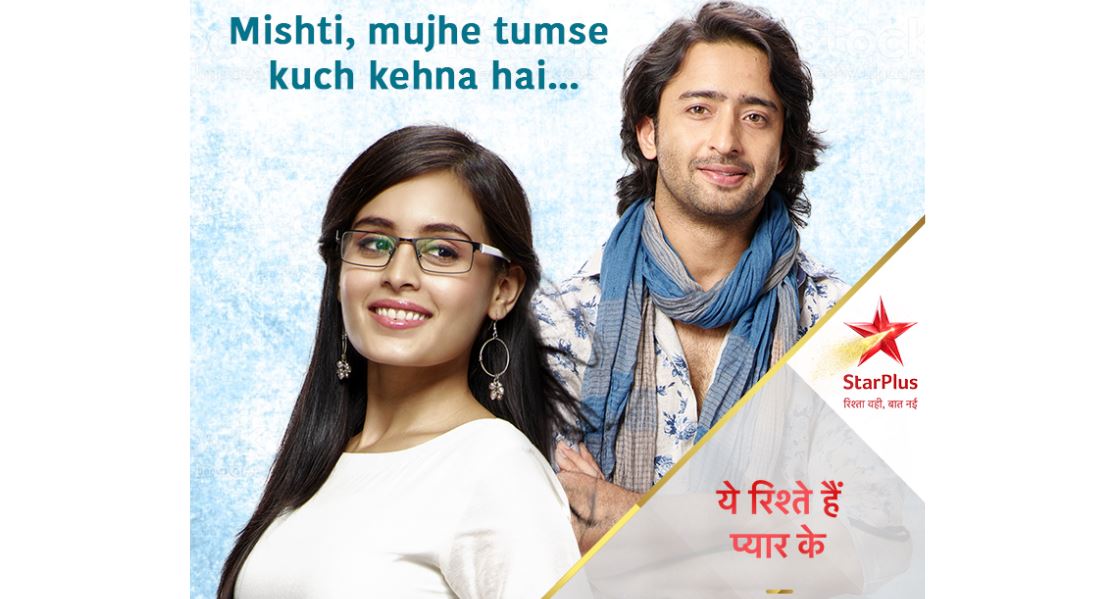 Rishte Pyaar Abir Mishti union Kunal turns negative Abir learns that Mishti has left the house. Vishwamber tells Abir that Mishti is leaving for Mumbai. Abir informs Nanu that Mishti has left. Nanu tells him that Mishti is still close, he can stop her. He asks Abir to run fast and reach the airport on time. Abir rides the horse to reach Mishti and surprise her in the fairy tale manner. He wishes that Mishti’s dream gets fulfilled. Abir wants to stop Mishti since he knows her truth now. Kunal is unhappy with Meenakshi’s decision. He warns her that he will not obey her if its about his life and future. Meenakshi feels threatened by Abir and Kunal. She thinks where did she go wrong that both her sons are against her. Kunal feels helpless to proceed with the marriage rituals.

He wants Meenakshi to stop the marriage. Abir drops his wallet and identity cards. He reaches the airport. Mishti wishes for some miracle to happen, so that she unites with Abir. She gets happy seeing Kuhu’s marriage video. Abir wants to get inside the airport. He gets blocked by the security. He fails to prove his identity. He looks for his wallet. The guards doesn’t allow him. Abir meets his friend, who comes as a big help in time. She tells him that she will stop Mishti. Abir shows Mishti’s picture to her. He shouts Mishti to make his voice reach her. Mishti hears the people shouting her name.

She finally meets Abir in a filmi way. Abir and Mishti unite happily. They confess love and also have a proposal. Kunal wants Meenakshi to end the marriage drama. He feels his life is changing forever. Kunal turns negative.

Muskaan gets into huge trouble. Ronak faints while crying for Muskaan. Gayatri gets him to consciousness. Ronak tells her that Sir ji died. The family cries for Sir ji. Ronak tells them that Sir ji doesn’t deserve their tears, since Sir ji had separated Muskaan from him. He wants to save her. Gayatri is sure that Ronak will find Muskaan some how. Maalik waits for meeting Muskaan. Gayatri encourages Ronak. Someone follows Maalik’s car. Gayatri asks Ronak to keep the family united. She gives him a big responsibility.

Ronak finds a CCTV camera at roadside and thinks to check the footage. He tracks the car in which Sir ji left. Some goons attack Maalik’s car and get Muskaan with them. Ronak tries hard to find Muskaan. Maalik’s aide falls dead. Ronak gets a clue from the dying person. He wants to rescue her soon. Muskaan finds herself in deep danger. She gets worried. She finds a girl with her. She protects the girl. Maalik learns about Muskaan’s arrival. He gets angry knowing about other village men kidnapping Muskaan. Maalik rules his village. He gears up to fight the neighbor village men to get Muskaan. Both the village men have a battle for Muskaan.