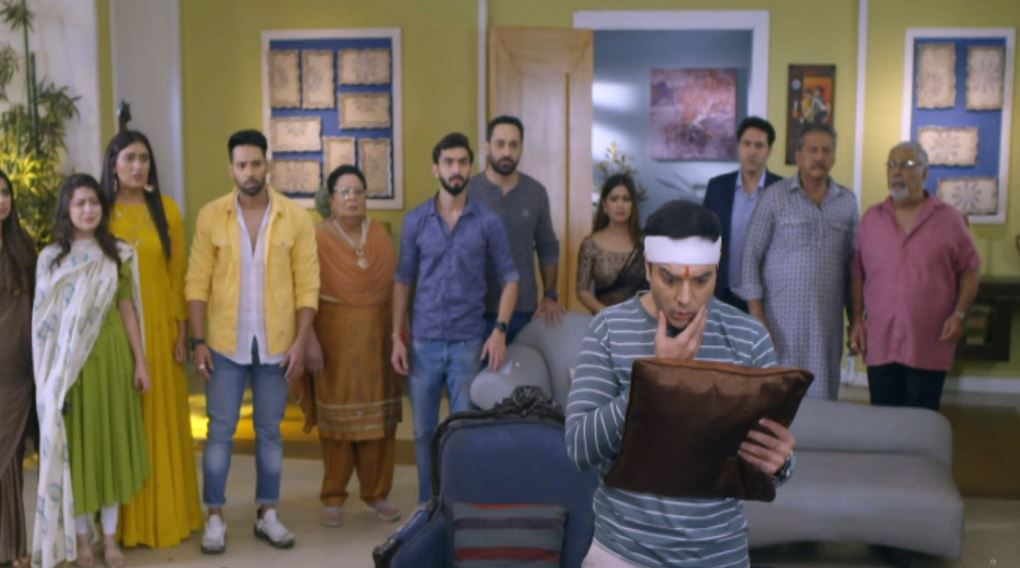 Yeh Hai Mohabbatein Shattering moment for Raman Ruhi tells Karan that Raman is really genuine. Karan is stressed because of the enemy’s smartness. Yug asks Karan to carefully handle Raman and help the family. Ruhi tells them that they should better plan a good welcome for Raman. Arijit overhears them and makes a plan to put Raman in trouble. He wants to prove that Raman isn’t their Raman and is a fraud, so that real Raman gets ousted from the family because of suspicion. He plans to use Karan for this. The family takes precautions and hides all the reflecting items in the house. They pray for Raman. Ishita knows that Raman may shatter on seeing his face. The family lends support to her.

Karan apologizes to Ishita for doubting Raman. He encourages Ishita. She forgives him. The family meets Raman at the hospital and gets the discharge formalities done. They prepare to take Raman home. Ishita gets a strange feeling, being unable to connect with the new face. She doesn’t want to doubt Raman. She wants to help him recover. Raman gets a new life and is grateful to the doctor. The family welcomes Raman home and get too joyed. Simmi celebrates Raksha bandhan with Raman. The Bhallas experience happiness. Yug gets happy that Ruhi has tied a Rakhi to him. He feels fortunate to get a family.

The family’s happy moment breaks by Arijit’s intervention. Arijit invites Bhallas for the inauguration ceremony of the new project. Raman doesn’t know him and seeks his introduction. Arijit tells Raman about the new project. He intentionally makes Raman realize that his face has changed completely, which means his identity isn’t believable. He tells that Raman had died in the plane crash. Raman reacts in anger when Arijit triggers him. Mani and Bala try to keep Arijit away. Raman gets suspicious and gets adamant to see his face. Ishita tries to make excuses to handle him. Raman doesn’t get to see any mirror in the house.

He turns desperate to see his face. He gets raging when he finds the family hiding something. He feels Arijit is saying the truth. He asks Ishita why did she remove all the mirrors from the house. He heads to Iyer house to find a mirror. He gets shattered on seeing his face. Bhallas and Iyers try to balance him. Raman denies to believe the sight and his new face. He collapses realizing his lost identity. Arijit apologizes that he didn’t do anything intentionally. He enjoys seeing Bhallas’ plight. Ishita asks Arijit not to try to become part of her family. She limits him. She explains that he has given a shock to Raman. She makes him away from the family. Arijit connects with Karan to seed the suspicion regarding Raman.