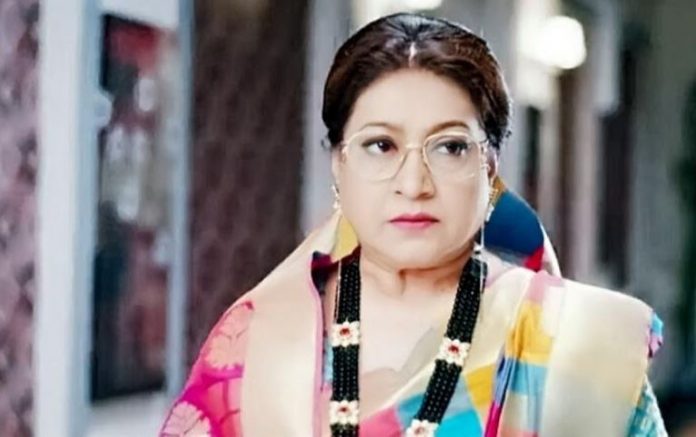 Yeh Rishta Upcoming Dadi vicious plan for Naira Naksh doesn’t want Naira to go anywhere without tying the Rakhi. He asks her to tie the Rakhis for the past five years as well. He shows the Rakhis he had kept, even when he knew that she is dead. He tells that his heart knew that she is alive somewhere. He is happy that his hopes have turned true and she has come today to tie the Rakhi to him. He doesn’t want to hate her. Bhabhimaa tells Naksh that fate has brought her back to them, she didn’t miss them ever. Naira tells Naksh that she had always missed him on Rakshabandhan and called Naksh to hear his voice.

Naksh recalls her calls. He forgives her and asks the family to forgive her also. Devyaani asks Naira why didn’t she talk to them, they would have supported her. Naira accepts their anger. The family don’t want to forgive Naira. They tell Naira that she has broken their hearts again and again. Naira and Naksh celebrate Rakshabandhan. Naira apologizes to the family and goes back to the hospital. Meanwhile, Goenkas meet Kairav at the hospital. Dadi is happy on hearing his cute talks. She gets emotional. Kairav pleases them by his values. Dadi tells Manish that they will take Kairav home.

She asks Kairav to decide if he will stay with Naira alone or with Kartik’s family. Kairav wants to stay with Goenkas. Dadi sees Naira and hides her plans. She blesses Kairav. She finds Naksh with Naira. She wonders why did Naksh forgive Naira. Naksh asks Naira to stay in Singhania house with them. Naira tells him that she will let Kairav meet Goenkas if Kairav is happy with them. Naksh tells her that Kairav should be with Singhanias too. She is worried of Bhabhimaa’s anger. Naksh promises to handle everything. Naira doesn’t want to get between Kartik and Vedika. She is happy that Naksh is with her to support.

Naira unknowingly comes closer to Kartik. Their moment breaks when they realize their relation is broken now. Naksh does the discharge formalities and clears bills. Nurse informs Naira that the bills are cleared. Kartik gets angry and wants his rights on Kairav. He asks Naira not to make Kairav away from him, he would have cleared the bills, being Kairav’s father. He asks Naira if she has taken loans from someone to clear the bills. Naira asks him not to judge her without getting answers. She tells him that she isn’t so poor that she can’t manage her son’s treatment expenses.

Yeh Rishta Upcoming Dadi vicious plan Naira lets Kartik share the bills amount. Kartik and Naira argue further. Naira is upset that Kartik just misunderstands her. Pallavi informs Vedika that Kartik and Naira are very much together because of Kairav. Vedika asks Pallavi not to instill doubt in her mind. Pallavi asks Vedika to stop Kartik from ruining her marriage. Dadi asks Vedika to know her rights on Kartik. Dadi informs the family that Kairav will come to stay with them. She doesn’t care if Naira goes away from them. She wants Naira to leave Kairav with them. Naira tells Naksh that she doesn’t want Kairav to see Kartik with his new wife Vedika.

She doesn’t want Kairav to learn the bitter truth. Dadi asks Vedika to get friendly with Kairav, so that her marriage gets saved. Dadi explains her plan of action. She asks Vedika to control her husband and keep Naira away. She asks Vedika not to lose. Dadi wants to counter Naira. Naira learns that Kairav has gone home with Kartik. She angrily reaches Goenka house to confront Kartik. She finds Kairav celebrating Janmashtami with Goenkas. Kartik and Naira have a new clash. Dadi aims to throw out Naira from their lives, just like Naira had thrown them out of her life five years back.