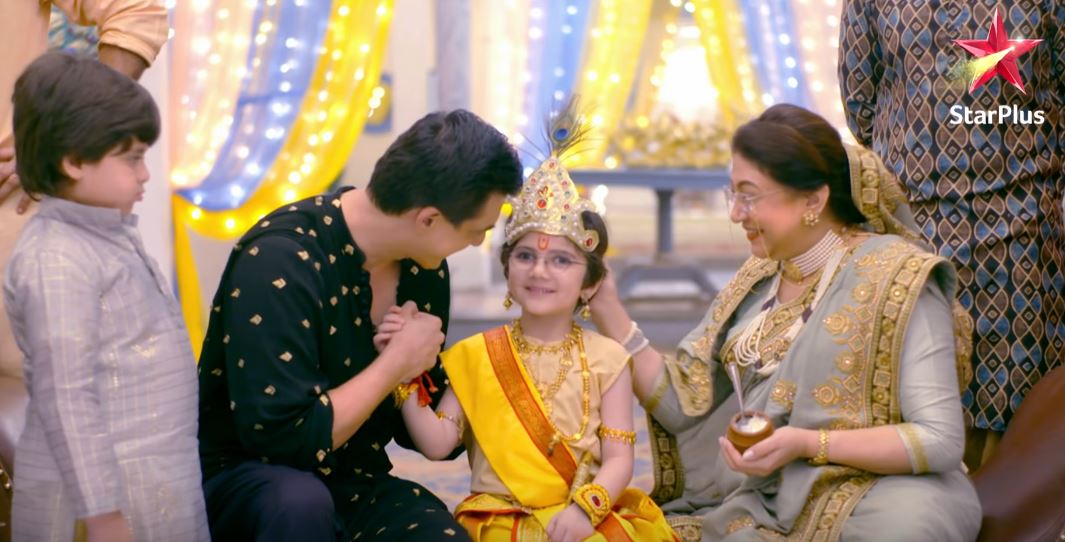 Yeh Rishta Kairav big move to oppose Vedika Kartik tells Naira that he will not tolerate anything against his family. She mentions that she won’t tolerate anything when its about Kairav, who is everything for her. When they see Kairav coming, they change their fight into a game. They both contest to win. Kairav likes their cute fight like kids. He asks them to play together and win. He makes them hug. Kartik and Naira hug unwillingly. Naksh informs Singhanias that Kartik has taken Kairav to Goenka house and even Naira has gone there. He tells them that Naira’s fears are true since Vedika is also present in Goenka house. He doesn’t want Kairav to know about his dad’s second marriage with Vedika.

Naksh fears that Kairav won’t be able to accept this shock. Kartik and Naira take care of Kairav together. Dadi doesn’t want Naira to be around. She insults Naira once again. Kartik tells Naira that they are doing everything for Kairav’s happiness. He asks Naira not to stop them and stay back with them if she wants. Naksh calls Naira to know about Kairav. He asks her to come back home. She tells Naksh that Goenkas want to celebrate Janmashtami with Kairav, and she has to stay back until the function gets over. She wants to bring Kairav to Singhania house.

She tells Naksh that she didn’t talk to Kartik yet, but she will soon break out her decision. She tells Naksh that she isn’t feeling good, she is just passing time for Kairav’s sake. Kartik gets Manish’s text. Manish asks Kartik to give wife’s rights to Vedika and respect her. Kartik wonders why is Manish stating this now. Vedika tells Kartik that she has no objection, Kairav would like to be with his parents. She wants to give time to Kartik. She tells him that there is no compulsion from her side. Kartik feels guilty.

He holds Naira responsible for ruining Vedika’s life. He feels Naira got too late in returning to him. Dadi keeps Vedika’s first rasoi ritual. She asks Vedika to make sweets. Naira recalls Dadi’s old likes and habits. Suwarna feels bad to leave Naira alone. Dadi feels its Naira’s mistake to leave them alone. She can’t make Vedika out of the house, since Vedika is now Goenkas’ bahu. Naira explains Vedika that she will keep her promise and take Kairav with her. She goes to Kairav. She gets emotional seeing her room. She recalls the happy moments of the past. Kartik and Naira spend time with Kairav together.

Dadi asks Naira to stick to her decision and not break her promise to Vedika. She wants Naira away from the family and Kartik. Naira clears out to Kartik that she will take Kairav to Singhania house after the Janmashtami celebrations. Kartik thinks otherwise. He wants Kairav to stay with him. He tells her that Kairav is his son and he wants him in the Goenka family. He tells her that he won’t let her take his son away. Kairav finds Vedika with Kartik.

He asks her why is she doing the rituals which Kartik’s wife should do. He asks Vedika to let Naira do the work. Kairav stops Vedika from heading the Janmashtami puja as Goenkas’ bahu and wants Naira to conduct the rituals. He limits Vedika, which shocks the family. Will Kartik give back the lost rights to Naira? Keep reading.