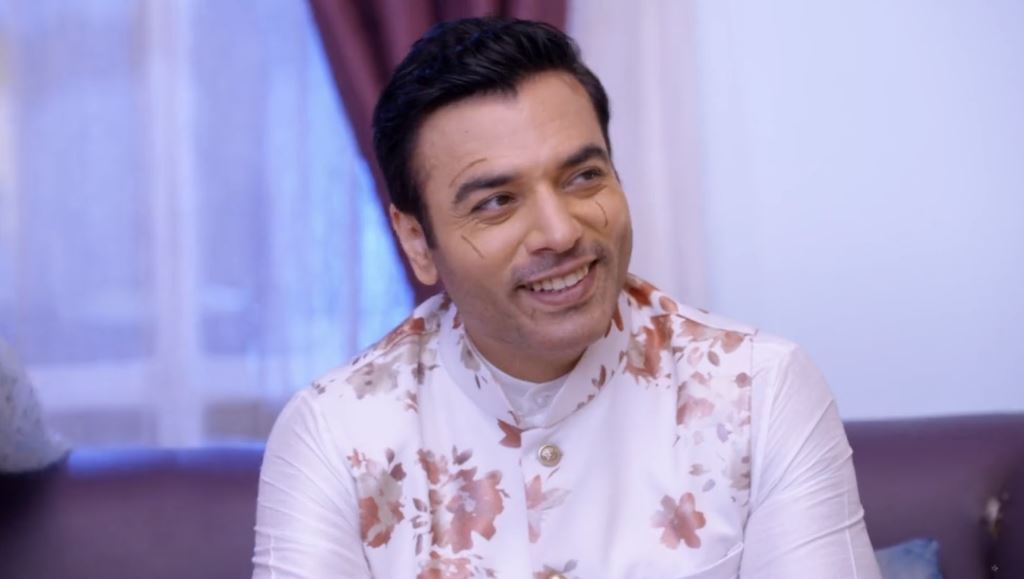 Mohabbatein Raman proves identity Neeti goes missing Sudha doesn’t want to accept Ishita’s lie. She tells Bhallas that Raman is an imposter. She accuses Ishita for having an affair with the imposter. She gets filthy in her statements, shocking the family. Karan gets worried when things go out of hand. Sudha hurts the sentiments of the family. Ruhi yells at Sudha, who crosses her limits. Ruhi doesn’t let Sudha disrespect her mother. Yug pleads to Sudha not to separate Karan and Ruhi. Karan supports Bhallas. He asks Sudha to leave, since he will always stand by Bhallas. Consequently, he threatens to elope with Ruhi if Sudha disapproves their relation.

Raman and Ishita try hard to find some way to prove Raman’s identity. Arijit invites the media to break the news of Raman’s fraud identity. The reporters ask Bhallas about fooling the businessmen and minister by bringing an imposter for getting a big project. Karan and Yug handle the media. Arijit appears ignorant of the media persons coming. Minister agrees with Sudha’s statements. He feels Raman isn’t real, it will be as shame in the society. Sudha asks Karan not to believe Bhallas. She asks Karan to stay with Bhallas, by severing ties with her. Minister snatches the big project from Bhallas. Arijit gets happy seeing Sudha and the minister insulting Bhallas. He can’t ask for more. Mani and Bala struggle to handle the situation.

Investors also back out from the project. Mani sees the company crashing and gets worried. Raman takes a leap of faith to prove his identity. He reminds the minister about his dream project for the welfare of the village. He asks minister not to lose faith in the project to eradicate hunger. He repeats his words and wins the minister’s trust. The minister remembers his conversation with Raman. He believes Raman’s identity.

Raman tells him that he doesn’t have strength to prove himself further, since his face is changed completely. He tells how much he misses his old self. He wants to keep his promise to Sudha as well. He tells Sudha that he kept his promise and made Karan part of his family. The family gets emotional on hearing Raman. Raman warns Sudha about her hatred, which will make her lose all her relations. Sudha accepts Raman’s identity, much to everyone’s surprise. All gets well for Bhallas, personally and professionally. Raman proves his identity publicly in front of the media. Sudha tells the minister that Raman is the most capable person for handling the water project. Minister agrees to keep the deal with Bhallas company.

This infuriates Arijit. Sudha gets emotional while spending time with Karan. She has lost Rohan already. The family feels its a miracle that Raman recollected his memories and convinced the minister. They are hopeful for his speedy recovery. Sudha apologizes to Raman for her bad taunts. Raman thanks her for provoking him to regain his memories. He thinks everyone went well and he has proved his identity. Everyone believes he is truthful. Arijit vents anger on his servant when he finds Raman being praised in the news. He wants his revenge some how. Raman and Ishita propose Ruhi’s marriage with Karan to get Sudha’s approval.

Sudha gives her approval for the sake of Karan’s happiness. Ruhi tells them that she will wait until Sudha blesses them, and not elope with Karan ever. She doesn’t want to hurt Sudha. Sudha finds their love true and pure. She feels lucky to get a sensible girl like Ruhi for Karan. She accepts the alliance. She asks Bhallas to prepare for the marriage. A new joy spreads in the family. Ruhi and Karan cherish their love. Arijit finds Neeti missing and loses his control. He decides to target Bhallas directly. What will Arijit do next? Keep reading.