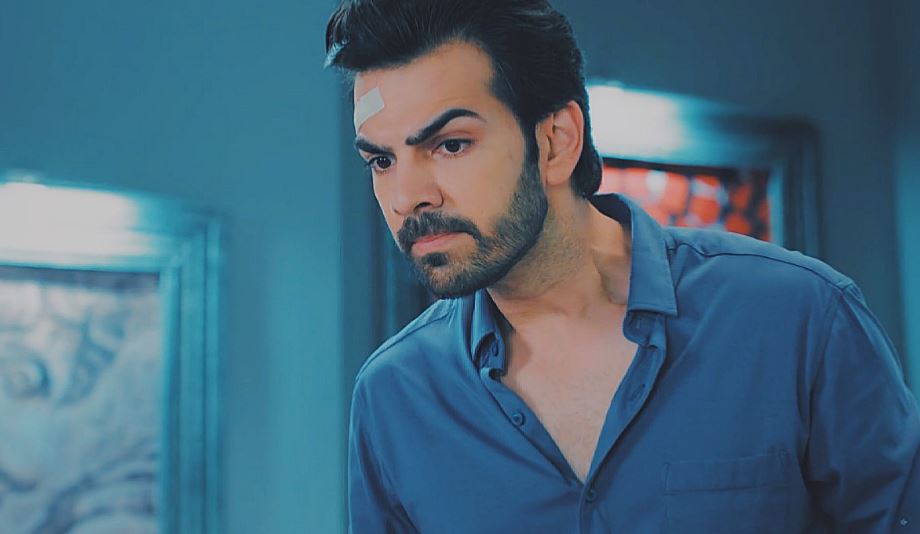 Star Plus Prime Upcoming 29th August 2019 Raima’s mom is much worried and wants to avoid the Mumbai hospital. She feels the city isn’t lucky for them. Raima is gaining consciousness. The doctor asks them to send Raima to Sippy hospital for the surgery. Raima’s mum doesn’t want to face Rohit again. Meanwhile, Suman confronts Sonakshi about her relation with Rohit. She doesn’t want Sonakshi to fall for Rohit. She asks her to just stay friends. She doesn’t want much drama in her life because of Sippys. She shouts on Sonakshi and gets worried. Sonakshi asks her to take care of herself. She knows Suman won’t be able to tolerate the drama truth. She clears off her misunderstanding.

Veena tells the family that she will invite all the relatives in Janmashtami to introduce Sonakshi as Rohit’s girlfriend. Rohit doesn’t want the news to spread, since he isn’t dating Sonakshi. He tells Veena that Sonakshi won’t be coming, she can’t reveal about their relation in front of fans and media. He tells that Sonakshi won’t be comfortable about talking about their alliance. He asks Veena not to invite Sonakshi. Nishi is angry that Sonakshi is getting all the attention. Sonakshi doesn’t know that she will be getting the Janmashtami invite as well. Veena asks Rohit to invite Sonakshi in the family get together. She wants to meet Sonakshi again. Rohit agrees to get Sonakshi home if its just a family dinner.

Furthermore, Rohit goes to meet Sonakshi. Raima’s doctor calls Rohit to seek his help in Raima’s surgery. Rohit isn’t aware that Raima is admitted in his friend’s hospital. His friend wants to send the details. Rohit tells him that he will come to operate the patient.

He doesn’t check the patient’s details. Rohit meets Sonakshi and tells her that Veena has asked him to become a sweet gentleman when he meets her. She asks him not to give a fake smile. Sonakshi and Rohit bond well. They find Ravi and Sunita together and romancing. They are happy that Ravi and Sunita have found love. Sonakshi sends them on a date. Rohit wants his driver back. Sonakshi asks Rohit to let Ravi go, he also has a life. She drives the car for Rohit. He is surprised seeing her sweet gestures. They arrive home to meet Sippys. Veena discusses about Janmashtami celebrations.

Sonakshi gives them suggestions. She takes the responsibility of the function. Nishi doesn’t want Sonakshi to boss around. Sonakshi pleases the family with her efforts. Suman learns that Sonakshi and Rohit are going to marry. She creates a huge scene in Sippy mansion. Suman’s confusion will complicate the situation for Rohit and Sonakshi.

Sid struggles to save Neeti. Ishani tells Juhi that Neeti badly needs the liver transplant. Juhi tells Ishani that she is aware of this, but she is helpless. She doesn’t want to make changes in the donor list. Ishani asks her to find some way to save Neeti. Ishani gets hurt. Juhi asks her not to hurt herself, since she is important for her patients. She wants to try and find a donor for Neeti. Shashank and Anjali attend the board meeting. Vardaan wants to open the luxury ward soon. Shashank’s entry surprises Vardaan. He reminds Vardaan that he is just an employee hired in Sanjivani for betterment, not to bring big changes.

He doesn’t permit Vardaan to open the luxury wards. Vardaan tells Shashank that he is doing everything to save Sanjivani from closure. Shashank wants to serve people first. He tells Vardaan that Sanjivani has a reputation because of its good work. Vardaan tells him that Sanjivani will sink in losses and will soon shut for everyone if they don’t open the luxury wards to cover the losses. Anjali supports Vardaan’s decision. Sid tells Ishani that he will save Neeti some how. He doesn’t want to lose. Ishani tells him that they can’t fight the system. He tells her that he can break rules to save a life.

Ishani asks him to learn from Shashank and Juhi. She doesn’t want to go against the hospital rules. Anjali tells Shashank that she will think of the hospital betterment in totality. Shashank gets angry on her. He feels unwell and is taken to his ward. He feels hurt because of Anjali’s decision. Ishani tries hard to find a liver donor for Neeti. She knows time is running by and Neeti is close to death. Sid tells Ishani that Neeti has less time. He does dressing to her wound. Ishani fails to arrange any donor. Sid tells Ishani that they should better the liver box from Rishabh.

Aman and Asha inform them about a brain dead patient, who could donate the liver to Neeti, having the same blood group. Ishani wants to convince the patient’s parents. She faces the wrath of the couple, who refuse to donate their daughter’s organ. Sid is still thinking to steal the liver. He barges into Vardaan’s cabin to find the donor list. Ishani learns about Neeti’s critical state. She feels tough to save Neeti. She tries to convince the couple again. Sid gets the proof against Vardaan. Vardaan burns the list to end the evidence. He tells Sid that he can’t do anything. Sid asks Vardaan not to kill Neeti by snatching the change of her survival. He tries hard to convince Vardaan by awakening his conscience. Keep reading for Star Plus Prime Upcoming.