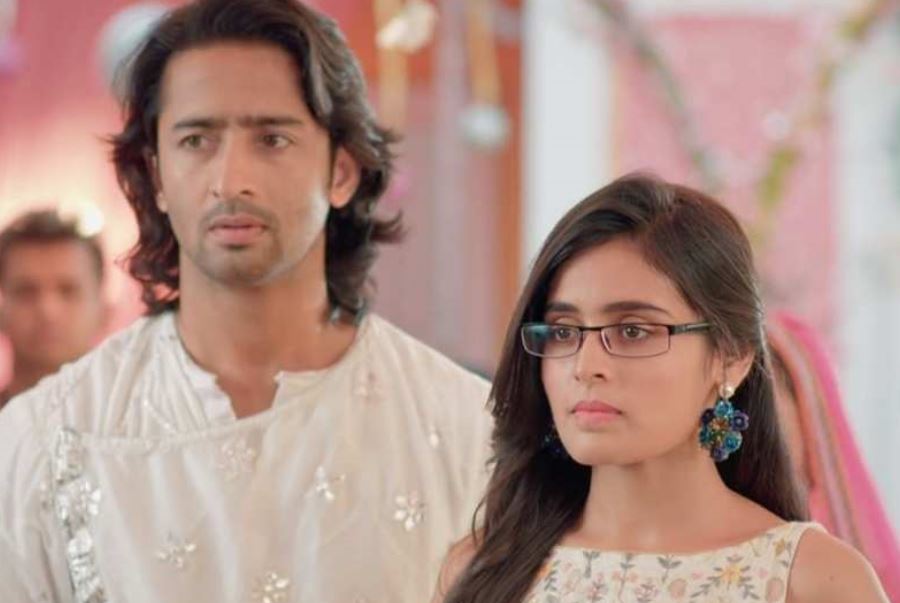 Yeh Rishtey Pyaar Another Challenge for Mishti next Abir helps Ketki in her shopping. He misses Mishti. Meenakshi thinks Parul has become her enemy now. She doesn’t want Kunal to know the truth. She hides the courier from him. Kunal finds her in his cabin and questions her. She doesn’t think she should answer him. Mishti goes to know the reason for Kuhu’s sorrow. She had seen Kuhu crying. Kuhu hides her feelings at first. She then reveals Kunal and her fight because of Mishti. She vents anger on Mishti. She tells Mishti that she has always been unwanted in the family, she can’t give happiness to anyone since she herself lives on sympathy. She insults Mishti a lot.

Mishti understands that something is definitely wrong. Kuhu tells Mishti that nothing is fine, Mishti is the root of all the problems. She shouts on Mishti. Varsha and Rajshri find them quarreling. Varsha asks Mishti not to trouble Kuhu. She consoles Kuhu. Varsha asks Rajshri to control Mishti, since Kuhu isn’t happy with her. Rajshri wants to give a fair chance to Mishti to explain. Varsha asks Kuhu not to fight Mishti. She doesn’t want Mishti to leave the house. Mishti wants to talk to Abir. She feels sorrowful. Abir asks Ketki to find out if Mishti had a boyfriend. Ketki asks him why is he asking, as if he is interested in Mishti.

Ketki doesn’t get his answer. Abir tells her that Mishti is just his friend. He calls Kunal home. He learns Kunal is busy with the clients. He is worried that Kunal won’t be going to pick Kuhu from Maheshwari house. He goes to office to meet Kunal. He asks Kunal why isn’t he going to pick Kuhu. He wants Kunal to give some time to his marriage. Kunal is speechless. He wants to avoid Abir. Abir doesn’t want Kunal to attend meetings. He asks Kunal to pick Kuhu on time. Kunal agrees to Abir. Varsha finds Kuhu upset. She wonders what’s the reason.

Everyone gets emotional to bid farewell to Kuhu again. Kuhu doesn’t know if Kunal will come to pick her. She is much stressed. She acts happy in front of family. Varsha asks her if everything is fine in Rajvansh family. Kuhu lies to her that she is really happy. Kunal doesn’t want to meet Kuhu again. Mishti meets Abir. He challenges her to confess love to him in front of the family on Janmashtami. Mishti agrees to him. She tells him that she will win the challenge and surprise him.