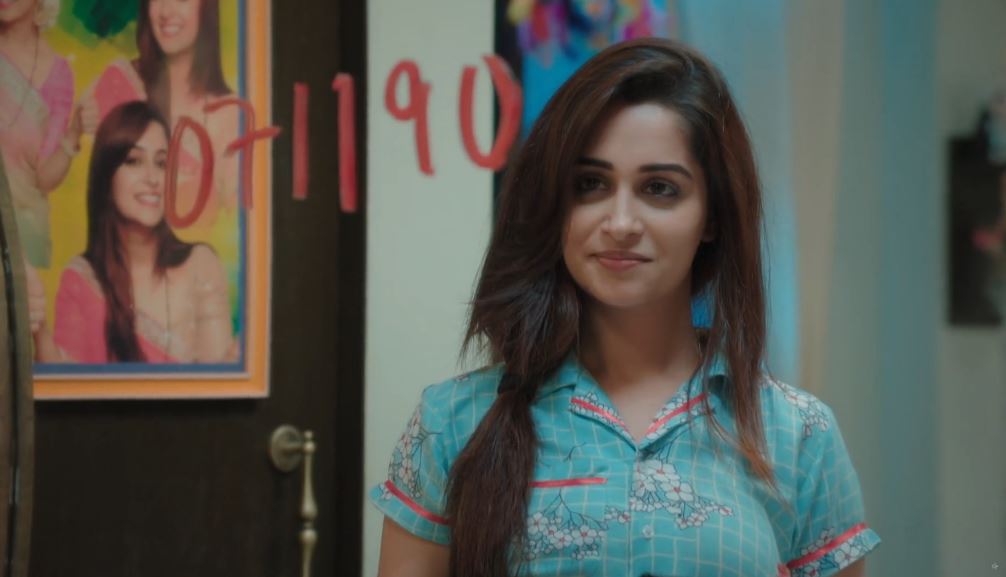 Kahaan Hum Villain in Sonakshi Rohit’s story Rohit and Sonakshi plan to meet in the Janmashtami celebrations. Veena has accepted Sonakshi as her Bahu. Nishi isn’t happy with the alliance. She dislikes Suman and family. She feels Sonakshi isn’t suitable for the Sippy family. Rohit and Sonakshi’s phone get exchanged. He realizes that maybe the phones got swapped in the car. Sonakshi also checks the phone. Rohit and Sonakshi make calls to each other. She realizes that Rohit had saved her number by the name Drama queen. She scolds him. He clarifies that she wasn’t his friend when he saved the number, but now they are good friends. She asks him how did he unlock the phone. He tells her that the password was too easy to crack. He wants to meet her the next day.

She doesn’t want him to check her phone messages. She misses her fans’ cute messages. He denies to tell his phone password when she asks. When he tells the password, she realizes that its her birth date. She gets surprised and is happy that she means something to Rohit. He agrees to help her in biology subject for her exams. She doesn’t know that Nishi will play villain in their lives.

On the other hand, Pari flirts with Rohan. She gets attracted to him, even when she knows he is married. Rohan too is interested in her. He asks her not to motivate him to look more dashing. Rohan drops Pari home. Pari wants to date him. Suman and Nishi have an argument at the hospital. Nishi informs Suman about Sonakshi’s decision to marry Rohit. Suman can’t believe this. She feels Nishi is lying. Nishi tells Suman that she won’t wish to accept Sonakshi for Rohit. She invites Suman in Janmashtami puja, since Sonakshi is also coming.

Suman agrees to attend the function to catch Sonakshi red-handed. There will be big drama with Suman’s entry in Sippy mansion. Suman compels Sonakshi to reveal the truth, if she loves Rohit and is willing to marry him. Sonakshi will be stuck in the situation, where she has to lie in front of Sippy family. Nishi plans to insult Suman in the party. How will Rohit and Sonakshi carry on the pretense? Keep reading.