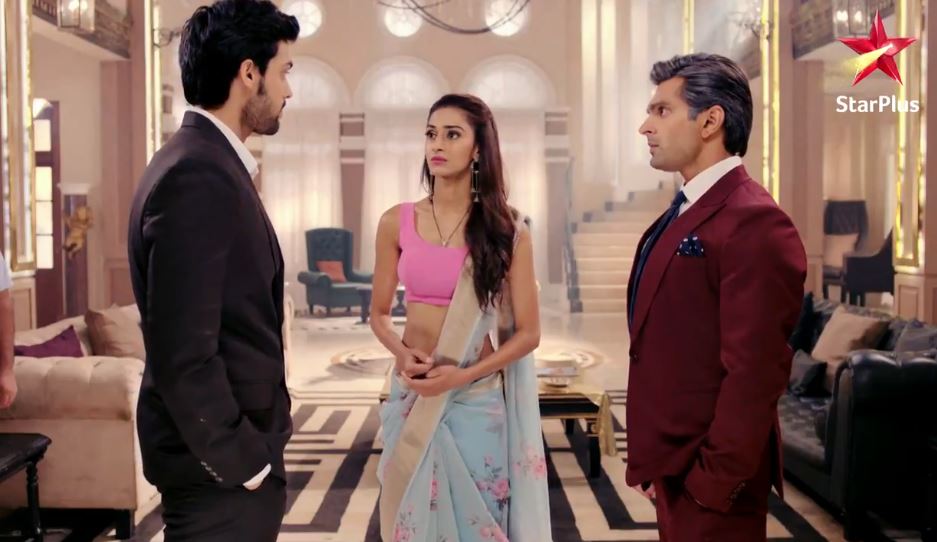 Kasautii Divorce twist complicates the love triangle Anurag confronts Prerna for hugging Mr. Bajaj. He asks her not to make excuses that Mr. Bajaj fainted down. She doesn’t want to clarify. She tells him that he didn’t value her love before, now she won’t be coming back to him. She clears that she doesn’t love him now and she loves only Mr. Bajaj. She shares her realization that she loves money more than anything, since she has faced much poverty before. She tells Anurag that he won’t be happy with her, even if she returns, since she won’t love him now.

On the contrary, Veena is worried for Prerna. She wants to know why Prerna is doing this. She wants to pray for family peace. Suman tells Veena that Mr. Bajaj is bad and he planned all this to clean his image. Veena doesn’t think he is a negative person. She shows her belief in Prerna’s decision. Mr. Bajaj is happy that his company got a big deal. He wants to celebrate the success. He throws a big party in Basu mansion. He seeks permission from Prerna as well. He wants to invite Basus. Prerna turns Anurag jealous by a drama. Anurag understands her drama well. She asks him to get married to some nice girl. Anurag clears that he just wants her.

Prerna asks him to move on and let her live in peace. She refuses to return to him ever. Prerna wants to be Mr. Bajaj’s wife. Anurag gets heartbroken. He loses Prerna. He feels too shattered and tries to commit suicide. He wants to end his life since its meaningless without Prerna. He stops himself with a thought to ruin Mr. Bajaj and get Prerna back. He doesn’t want to let Mr. Bajaj win. Nivedita finds Prerna getting praised by Mr. Bajaj’s friends and staff. Maasi gets angry seeing Prerna winning the appreciation. Prerna calls Mr. Bajaj home to attend his guests. He asks her to handle the guests until he arrives.

He doesn’t feel bad that she is scolding him with concern. Prerna praises Mr. Bajaj for cracking a big deal. Nivedita feels insulted that she has lost the deal. She promises Prerna that she will get bigger deals and ruin Mr. Bajaj. Anurag too doesn’t want to accept Mr. Bajaj’s victory. He thinks if Mr. Bajaj trapped Veena purposely. Nivedita shares her sorrow with Mohini. She holds Prerna and Mr. Bajaj responsible for this. Mohini feels sorry seeing her tears.