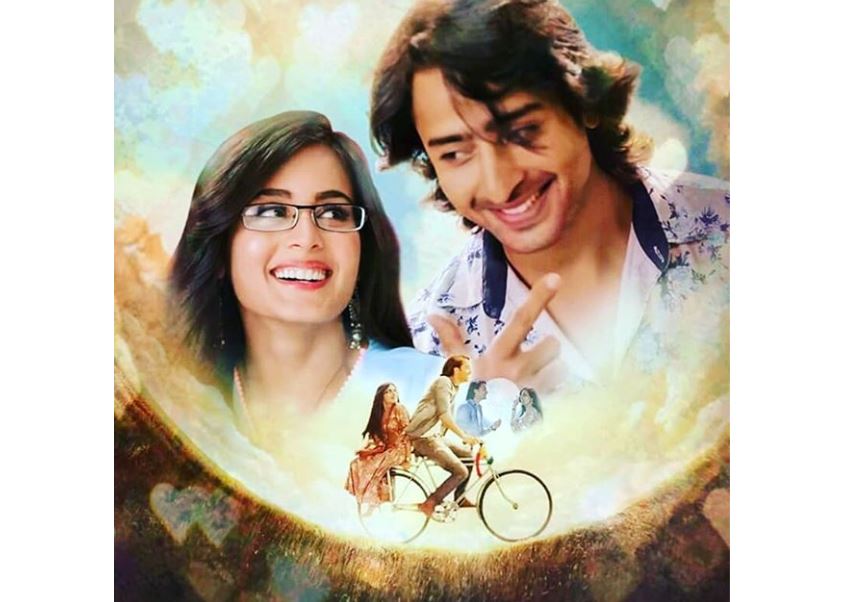 Rishtey Pyaar Upcoming Janmashtami Twists Maheshwaris wait for Kunal at home. They wonder why didn’t he come to pick Kuhu. Kuhu fakes a phone call from Kunal. She tells the family that Kunal is too busy in his meetings and may not come. She demands a diamond ring so that she may forgive Kunal. She tells that Kunal has agreed to gift her diamonds to cover up his absence. She pretends to be happy that she is getting gifts from him. She tells Varsha that she is very happy to charge fine on Kunal. Kuhu tells the family that she will go home herself. She wants Kunal to earn more so that she spends the money. She misleads the family.

On the other hand, Mishti goes out from the house. She is disturbed by Kuhu’s statements. She doesn’t want to hurt Kuhu. She wants to call home and know about Kuhu. Abir rides a bike. He snatches her phone and goes ahead. Mishti follows him to the lake. She doesn’t want to lose the phone, which has Abir and her pictures. Parul waits for Kuhu and Kunal at home. When Kuhu comes home alone, the family looks for Kunal. Mishti stops the biker and sees Abir. He takes her to the beautifully decorated place. He tells Mishti that he had planned their surprise date. Mishti gets pleased. They have a romantic moment.

Meanwhile, Kunal returns home and thinks Kuhu is gone forever. He wants to explain to his family. He gets a shock that Kuhu has come back home. Kuhu asks Nanu to scold Kunal for not picking her from home. Kunal wants to make it clear to Kuhu that he isn’t interested in the marriage. She gets a cake to celebrate their marriage. He ruins the cake, demanding her to leave. Kuhu refuses to go anywhere. She tells him that he should have not married her if he wanted to reject her. She doesn’t give up on her marriage.

She threatens to malign his image if he ends the marriage. She demands him to keep the marriage, it can never get called off. She stops him from revealing their relation’s truth to the family. She tells him that she will tag him characterless. Likewise, she gets threatening further with cheap ideas. She tells him that she will dump him before he ends the marriage. Kunal gets helpless. Kuhu is relieved that Kunal won’t send her home. She still feels Mishti ruined her life. Abir challenges Mishti to make a love confession on Janmashtami. She accepts his challenge, since she has no problem in accepting her love publicly. Abir gets happy to get her. Kunal and Kuhu, Abir and Mishti perform in the Janmashtami function.