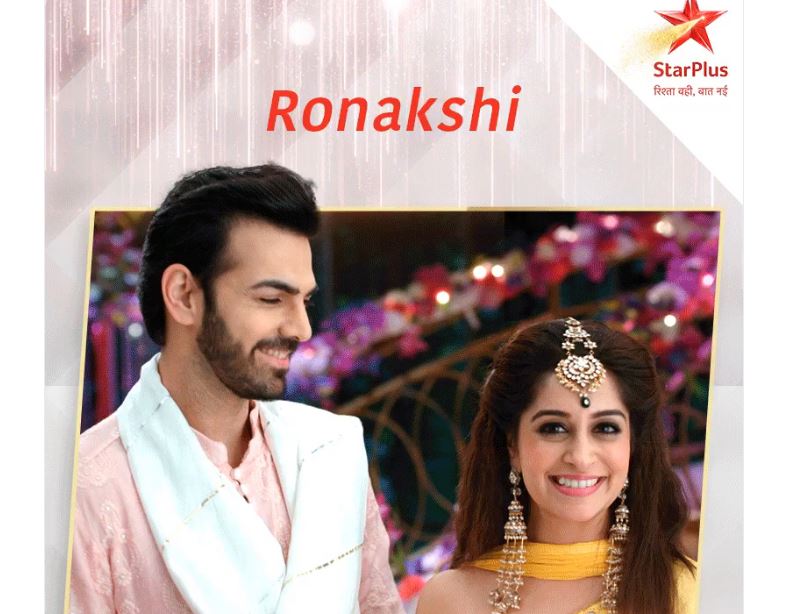 Kahaan Hum Sumit returns to target Sonakshi’s career Officer questions Sonakshi about her relation with Mhatre. She tells about the blackmailing, how she was compelled by Mhatre. Rohit overhears her. Rohit shows the permission letter to the officer and gets some time to talk to Sonakshi. He asks her what was she telling about Mhatre’s blackmailing. Sonakshi doesn’t tell him anything. She is worried for Suman. She asks Rohit to take care of Suman. He tells her that Suman is fine, but worried for her. He asks Sonakshi to tell the truth. He is her friend and cares for her.

She asks him to trust her. He asks her if she doesn’t trust him that she isn’t telling him anything. Officer tells him that his meeting time is over. He sends Rohit away. Suman is much upset. Pari and Rohan get busy in their flirt. Pari is worried for Sonakshi. Rohan tells her that Sonakshi will be free soon, they should think of themselves, their unique date outside the police station. Suman asks Rohit to leave with his family. She feels self-sufficient to handle the case. Rohit tells Suman that he is Sonakshi’s good friend, she saved his life twice and now its turn to help her. He tells that he will always support Sonakshi, even if she doesn’t like it.

Sonakshi gets released after giving the formal statement. She wants to keep the matter concealed. Rohit wants to talk to her. He asks her about Mhatre again. She doesn’t want to express her favor on Pooja. He wants to help her. He tells her that he really cares for her. She tells him that she will take his help when needed. He gets angry on her silence. She doesn’t want to give him tension. Meanwhile, Sumit learns about Sonakshi’s involvement in the murder case. He wants to spread the news to defame Sonakshi and ruin her career. Sonakshi tells Suman that she doesn’t have any relation with Rohit, its a fake love drama.

Suman asks her if there is any truth in the drama, if they have feelings for each other, since she can see Sonakshi and Rohit going to any extent for each other. She doesn’t like Sippy family. Sonakshi maintains that they are good friends. Suman is convinced hearing her. Netra learns about the shocking news. Sonakshi’s reputation spoils when Sumit posts about the murder case of Mhatre’s wife. The news goes viral. Rohit gets to see the news. He feels this will be more tough for Sonakshi to handle.

Netra gets in pressure when the channel asks her to replace Sonakshi in her show. Sonakshi lets Netra take any step for the welfare of the show. Sonakshi makes a big sacrifice for the sake of Rohit and Sippy family. Sumit doubles Sonakshi’s troubles. He wants to influence Sippy family as well so that Sonakshi loses Rohit’s support. Rohit finds Naren speaking ill about Sonakshi. He gets into an argument with Naren in a disrespectful manner. This makes Veena slap Rohit. Naren feels Sonakshi is breaking the family. Rohit is sure that Sonakshi’s innocence will be proved and then everything will fall into place.