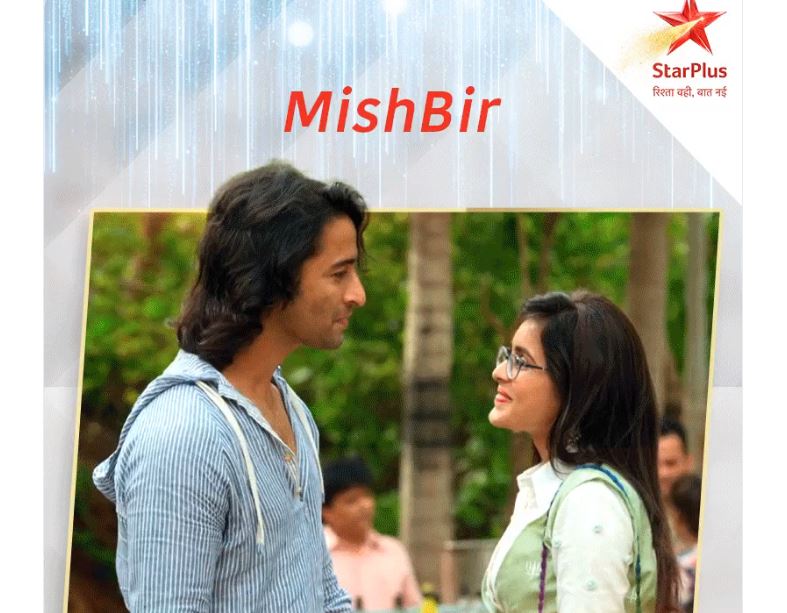 Rishtey Pyaar Drastic moves, divorce twists and drama Rajvansh family looks for Kunal. They don’t know that Kunal has left. Abir requests Nanu to let him go. Nanu asks Abir to compete with Mishti. Abir and Mishti challenge each other. The families cheer for their team leads. Mishti finds a chance to express his love for Abir. He wishes that they both win some how. Kunal doesn’t reveal anything to family and makes a leave from the function. He is remorseful over his marriage. Jasmeet tells Kuhu that she is lucky to get a husband like Kunal, who is so loving. Just Kuhu knows the truth of her marriage and is much sad. She gets angry seeing Mishti and Abir happy sharing a romantic moment.

Abir tells Mishti that they will win. They reach the top to break the pot. Mishti confesses love to Abir. Kuhu gets jealous seeing her happiness and wants to ruin it. Kuhu makes sure that Mishti pays for it. She makes Mishti fall down, she takes the step in a fit of rage. Mishti falls unconscious. Kuhu gets to senses and realizes her big mistake. She wasn’t evil and feels sorry to hurt Mishti. Kunal calls a lawyer to hurry up with the divorce proceedings. Shaurya learns about the lawyer and wants to know the purpose of his coming. The family worries for Mishti’s injury and gets her treated by the doctor in time. Abir feels responsible for Mishti’s injury.

He wishes she gets fine soon. Nanu asks Abir not to let the families know about their relation so soon. Rajshri and Vishwamber worry for Mishti. Kuhu cries and feels guilty. Kunal is upset with Kuhu and their marriage. He asks the lawyer to make any case against Kuhu. Lawyer assures to make him rid of the marriage. Kuhu feels connected to Mishti because of her guilt. Meenakshi gets threatened by someone and vents anger on Jasmeet. Parul finds Meenakshi’s behavior strange and wonders the reason for it. She wants to help Meenakshi.

Mishti and Abir share sweet moments. They feel they have won the competition together. Mishti teases Abir, when he gets stuck in front of the family. Kuhu wants to look after Mishti to repent for her impulsive move. She seeks Meenakshi’s permission to go with Maheshwaris. Rajshri gets happy seeing Kuhu’s change. She doesn’t know Kuhu is responsible for Mishti’s injury. Kunal learns about Mishti’s accident. Nanu informs him that Kuhu went with Maheshwaris to take care of Mishti. He wants Kunal to bring Kuhu home in the evening.

Kunal feels Kuhu lied to him about hating Mishti. He thinks Kuhu cheated him too. Kunal meets Kuhu and misunderstands her. He wants to end his marriage soon. He feels trapped in the unwanted marriage. Abir is ready to do anything to meet Mishti once and take her welfare. Mishti too wants to see Abir and secretly leaves from the house at night. Mishti and Abir’s romance will be seen.