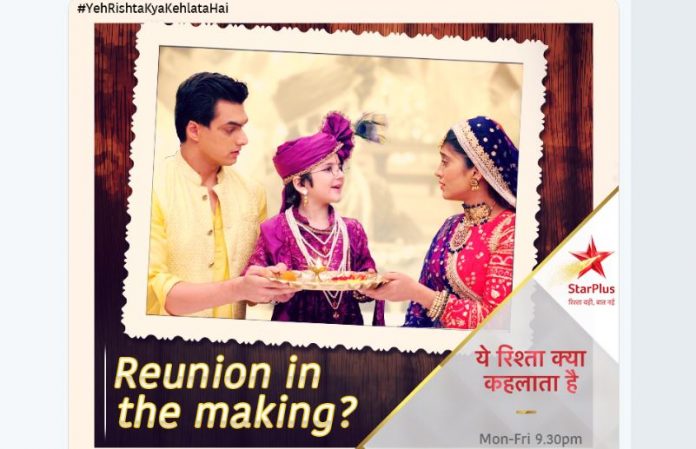 YRKKH Spoilers Naira strongly reacts Teej twists Vedika and Naira have an emotional confrontation because of Naira’s fears, as part of a dream sequence. They both love Kartik selflessly. Naira doesn’t accept her feelings. Naira really believes that she has no hope from coming times. She doesn’t see any future with Kartik. She knows that Kairav will always be with Kartik from now on. She sheds tears, since she can’t guarantee that she won’t fall for Kartik again. She denies to have feelings for Kartik. Vedika doesn’t think so. Vedika observes Kartik and Naira’s closeness. She knows that Kartik loves Naira a lot, as if he worships her. She has seen Kartik crying in her memory often. Manish and Suwarna too feel bad seeing Kartik and Naira breaking apart.

Goenkas realize that Vedika is Kartik’s wife now, who deserves his love and respect. Naira gets helpless whenever she meets Vedika’s eyes. She falls short to answer Vedika. She is aware of the popping questions in Vedika’s mind. Naira feels if she couldn’t forgive Kartik before for his suspicion, she can never forgive him and accept him back. She explains to herself that Kartik won’t return in her life. She doesn’t want to become a marriage breaker for Kartik and Naira. Naira isolates herself again when the entire Goenka family celebrates Teej while keeping Vedika in limelight.

Kairav misses Vedika in the function and wonders why isn’t she coming. He goes to call her and finds her sleeping. He gets mehendi to apply to her just like all the women are seen doing. Little Kairav takes a move to write Kartik’s name on Naira’s hand. This anger Naira a lot.

She tells him that she can’t get mehendi applied. Kartik tells Kairav that Naira has an allergy. Kairav tells her that Vedika has also applied mehendi, so he got mehendi for her as well. Naira washes off the mehendi. She doesn’t want Kartik and Vedika to get any wrong thought because of Kairav’s innocent move. Naira wants to return to Singhania family to secure Vedika’s marriage. Vedika feels she is losing her happiness, dreams and happy family because of Naira’s return. She has no one else in life than Kartik. Vedika’s insecurities get high when she sees Kartik’s name on Naira’s hand. Vedika expresses her fears for the first time. Kartik means everything to Vedika. She hopes that Kartik chooses her over Naira.