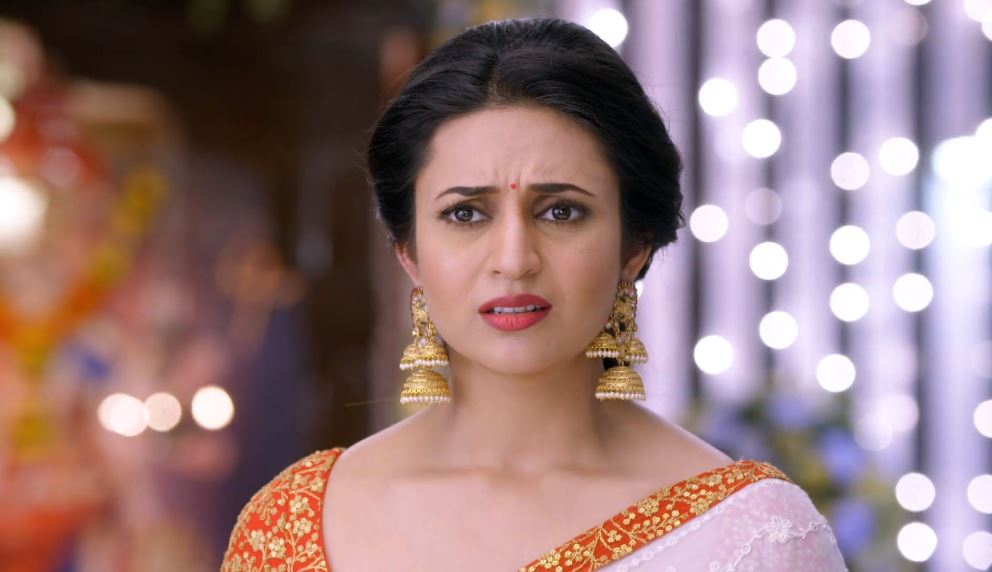 Yeh Hai Mohabbatein Cached shock for Ishita Ishita decides to permit Natasha and her brother stay with them. She asks them to verify Raman’s identity and then make a leave. She does their stay arrangements at Iyer house. She worries that Raman’s condition isn’t good, since Natasha made those claims. She wants to call a doctor for him. She takes care of Raman. She discusses with Raman when he gets conscious. Natasha continues to trouble them. Ruhi and Aaliya feel that Natasha shouldn’t stay with them. They fear that Raman may really believe Natasha. Ishita is sure that Raman will never accept anyone in his life. She tells them that she has no fears, because she trusts Raman.

Natasha compels Raman to come with her, since she is his wife. Raman makes it clear to her that she is unknown to him. He wants her to leave. She tells him that she will prove his truth and then take him away from Bhallas. She gets hurt by his words. She sheds tears and gets to meet Arijit, who tells her that he can help her in proving Raman’s truth. He tells her that he also believes that Raman is a fraud. He advises her to take Raman’s DNA test to bring his real identity out. He tells her that maybe the surgeon will also lie on Bhallas’ word. Natasha feels Arijit is right and maybe she should get the DNA test done.

She makes a plan to reach Raman at night to get some sample for the DNA test. Arijit hides from Mani for a while. Karan spots him and scolds him for his evil intentions. Arijit tells them that he is just with them to help Raman. Ishita finds him unreliable after seeing his impulsive moves. She tells him that she doesn’t want to do business with him. Raman too refuses to take Arijit’s help. They kick out Arijit from their house. Arijit didn’t intend to invest in their company. He wants the big dream project to get shelved. Natasha goes to Raman to get the sample to prove his identity via the DNA test. Ishita catches Natasha red-handed.

Natasha acts to be sleepwalking. Her brother covers up her act. Ishita doesn’t believe Natasha. She tells the family that they have to be careful in handling Natasha. On the other side, Sudha meets Bhallas to discuss about Karan and Ruhi’s marriage. She tells them that she also believes in Raman and they don’t need to worry for Natasha. She asks Bhallas to think about the positive things. She tells them that if they focus on Natasha, they may miss their happiness, they should get ahead with the marriage preparations.

She thinks this way they can be busy and forget their problems also. Ishita agrees with Sudha, but Karan doesn’t want to marry so soon until Raman’s problem gets solved. He tells Sudha that Raman is facing a big threat in the form of Natasha’s claims and until Raman gets a clean chit from the police, he(Karan) can’t think of marrying. He wants peace to be restored in the family. Ruhi agrees with Karan’s decision and feels proud that he is giving much value to her family. Karan tells the Bhallas that they should focus on making Natasha away. The Bhallas thank Karan for his understanding. Raman didn’t wish to see such hurdles in the marriage.

He wants to prove his identity and send Natasha away as soon as possible. Natasha feels she is tolerating the Bhallas, who had snatched her husband. She wants to prove Raman’s truth. She plans to distract Raman. Raman expresses his hatred for Natasha. She tries to get close to him. She hugs him to get a hair strand. Raman feels disgusting. Arijit plans to prove Raman wrong with the fake DNA results.