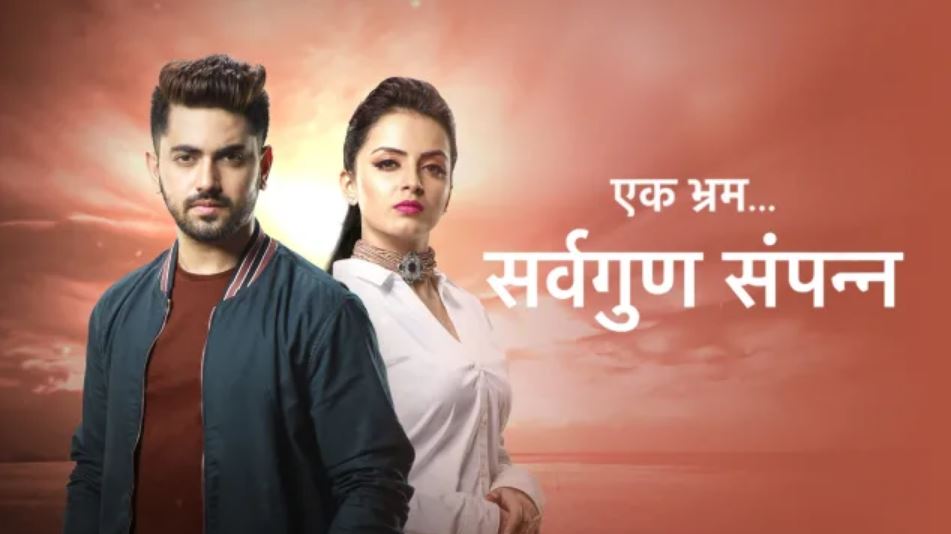 Ek Bhram Sarvagun Divorce twist for Pooja Kabir Rani is playing many tricks to break Kabir and Pooja’s marriage. Rani plays a victim to blame Pooja. Rani influences Suman and Pooja’s mum to compel the couple for divorce. Kabir is completely trusting Pooja. She fails to sit in the Shraddh puja for her dad. Kabir fights for Pooja. He tells her that he has arranged a puja for her and she can do this for her dad. He tells her that she is a good wife and a better daughter. She gets emotional on seeing the puja arrangements done in the lawn. She does the prayers for her dad’s soul peace. Kabir supports her.

This gives happiness to Pooja. Kabir opposes Rani and Suman. He tells them that he will not let them hurt Pooja. Rani refuses to give any prasad to Pooja. Pooja and Kabir distribute the prasad. Rani misbehaves in anger. Rani tries to spoil Pooja’s name again. Pooja faces everyone’s wrath. Kabir knows Rani is the mastermind behind the evil plans. He blames Rani and scolds her for getting against her sister. Kabir and Pooja have a cute moment, again unplanned. They get thinking of each other’s surprise. Rani plays the trick and proves to her mum that Pooja wants to settle in her marriage with Kabir. Kabir and Pooja’s mums reprimand them for falling in love. They demand them to sign the divorce papers and get separated. Kabir and Pooja get compelled to sign the papers.

Ek Thi Rani Ek Tha Raavan: Mayura asks Ram to sleep on the bed and says she will sleep on the sofa. He is not Ram, but Rivaaj and thinks he will know the truth today. He touches her shoulder. Mayura turns towards him. He acts as Ram. He thinks to find out what is the marriage truth of Ram and Mayura and then her truth. Later, Rivaaj checks her stuff when she goes out in the night. He checks her phone for proves, but Mayura comes and takes her phone back. Mayura gets doubtful seeing Rivaaj eating spicy paratha. Rivaaj talks to Kesha and says when Mayura knows his truth then she will have to say goodbye to her breaths. Mayura spies on Rivaaj and sees a tattoo on his hand when he comes out after bathing. She thinks Ram’s tattoo “Ram bharose” was in Punjabi and Rivaaj’s tattoo was in Hindi.