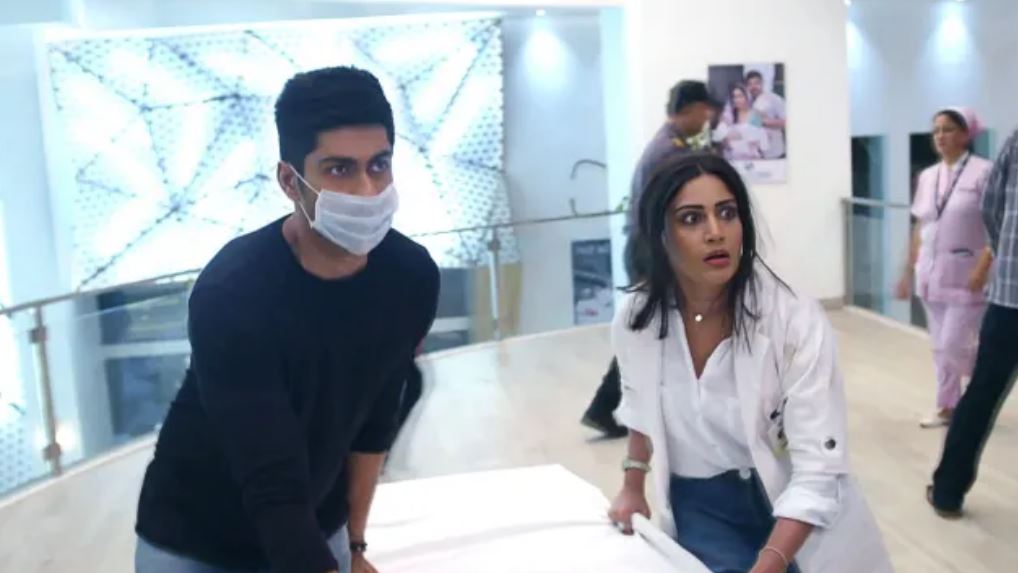 Sanjivani Unexpected Shockers for Sid and Ishani Vardaan plays a dirty game to get rid of Ishani and Sid, who had misbehaved with the trustee. Sid informs Riya’s mum that he will treat Riya completely. He tells her about Ishani’s annoyance with him. He is sure to handle her. He didn’t imagine that she would file another complaint about him. Vardaan fools them and proves that Ishani is behind the complaint. He calls Ishani to his cabin for no reason. He wants Sid to believe that she is after his illegal deeds.

Consequently, Vardaan fumes on Sid for his mistakes which could ruin Sanjivani. He wants to fire Sid or get him arrested. He tells Sid that he will give him a severe punishment so that Sid remembers it. He doesn’t have much time to suspend him and explain the board. He tells Sid that he can himself resign from the job by giving a personal reason. Sid doesn’t want to lose his job, since he wants to serve the people. He is ready to accept the punishment. He is angry that the loss of pay is happening because of Ishani.

He goes to Ishani and vents his anger on her for playing with his career. He threatens her in front of everyone. Ishani tells him that she didn’t do anything against his career. She wants to know the matter. Sid doesn’t clarify the matter. He makes a leave. Ishani looks for her to clear this misunderstanding. Vardaan is happy that he is using the matter nicely and playing a game for his benefits. Vardaan plays the next trick and defames Ishani in the hospital by revealing her family background to one and all. He gets the posters all around the hospital.

The people learn that she is the daughter of the famous fraud doctors Mr. and Mrs. Arora, who are responsible for ruining many innocent lives by their wrong medical practices. They express their hatred towards Ishani. She didn’t wish her family’s truth to come out. She fears that this will affect her career. She doesn’t know that Vardaan has done this. Ishani gets insulted by the staff. She gets support from her friends. Ishani doesn’t want her medical practice to end on this bad note. Sid learns about Ishani’s problem. He sympathizes with her and instead faces his wrath.

She accuses him for ruining her image in the hospital. She tells him that she had threatened her and also failed her in no time. She calls him a fraud person, who is taking revenge on her. Sid denies to know anything about the posters. Sid gets tagged as a villain instead a hero. Ishani reaches the terrace and cries, while trying to get rid of the bad memories of her childhood. Ishani gets a bad dream that she is losing her job in Sanjivani and also getting too humiliated. She doesn’t know if she should report at the hospital. She refuses to work with Sid. When he tries defending himself, she slaps him. Ishani gets condemned by the senior doctors. She gets left with no option than to work with Sid.