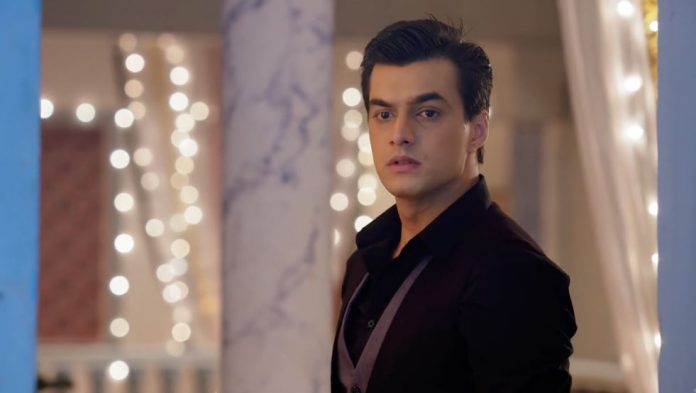 Yeh Rishta Telly Reviews Highlights Huge dramatic twists Naira turns nervous to enter Goenka office after a long time. She expects mixed reactions from her staff on seeing her alive. Thankfully, she skips the reactions and meets the manager for the purpose of finding Liza’s boyfriend. She gets the details of the sim owner. She waits for the records, while Kartik arrives to the office. Naira reminisces the memories of Kartik and Naira. Kartik finds her at the office and demands to know the reason for her coming. They get into a romantic moment by chance and still feel distant. He asks her not to keep any more secrets from him. He is much hurt that she didn’t tell him about Kairav’s birth.

Whenever he gets a chance to taunt her about her lies, he does that. Naira reveals about Liza’s lover cheating her and suddenly breaking up. She tells him about the person working in Goenka company. Kartik too knows Liza personally and thinks to help her out by finding that person disrespecting her emotions. Unfortunately, Kartik and Naira don’t get any lead from the records. They realize that someone has stolen the official sim for making such fraud calls. Kartik wants to get the person punished for maligning Goenkas name.

Naira asks the manager to assist her with more information if he learns anything. Kartik regrets for the past and gets into an taunting argument with her. He feels she had ruined his life and happiness. Naira tells him that even life is ruined. Vansh and Kairav get to know about mehendi/henna when Dadi tells them the significance of henna for couples. Naira thinks to seek the help of police to track Liza’s boyfriend. She calls Liza to take her consent for filing a legal complaint. She gives Liza some time to finalize it. Naira finds Naksh getting shagun for his namesake sister Vedika on the festive of Teej.

She doesn’t get disappointed, and instead feels proud that her family is keeping their word and relations even after her return. She is happy that Singhanias have accepted Vedika as their daughter by heart. Naksh feels guilty as he didn’t wish Naira to come across the shagun. He knows there won’t be any celebrations for Naira this time. Vedika thanks Naksh for his generosity. She feels sorry for Naira, who isn’t expressive of her pain. She tells Suwarna that she feels like a culprit to snatch Naira and Kartik’s happiness. Suwarna wishes that Naira came a day before Kartik’s marriage. She wanted her children to stay happy together.

Vedika realizes the marriage becoming unwanted by Kartik and the family members. Naira shows a big heart and wants Vedika to go ahead with Teej celebrations. She asks Naksh to take Liza to Singhania mansion. Dadi finds Vedika upset and asks her not to feel guilty since its all Naira’s decision to leave the family. Kairav gets some mehendi for his mum, so that she also gets Kartik’s love. Naira cries being emotional on hearing the Teej song. She gets upset that she is away from the family. She had been undergoing the same emotions since the last five years.

She thinks she can still remain unaffected. She doesn’t want to break down in front of Kartik. Kairav wants to make his parents bond stronger. He takes the mehendi for Naira and applies to her. He happily writes Kartik’s name on her name, unaware that Vedika is Kartik’s wife now. Vedika gets Kartik’s name written in the design and cherishes it. Kartik doesn’t care for Vedika. He finds Naira with his name written on her hand, and wishes that he still lived in her heart. Naira reacts angrily and scolds Kairav. She gets emotional knowing their current situation.

She tries to erase Kartik’s name from her hand, but the colour soon gets darker. Kartik watches her and gets much affected. He asks her not to put efforts, since he doesn’t care now. He feels he really cares within. He doesn’t want to lie to his heart. Naira thinks to take Kairav to Singhania house. She doesn’t want to stay with Kartik. She fails to talk to him. Kairav expresses his wish to live with Goenkas. He enjoys a lot and wants to be with the joint family. Naira feels she shouldn’t spoil his happiness.

Naira hides her mehendi from Vedika and asks her to celebrate Teej with Kartik. Naira’s mehendi gets seen by Goenkas. Vedika gets disturbed seeing Kartik’s name on Naira’s hand. She suspects Kartik and Naira, if they want to unite again. Kartik requests Naira to attend the Teej function for Kairav’s sake. Teej will have big drama when Naira exposes Akhilesh as Liza’s boyfriend.