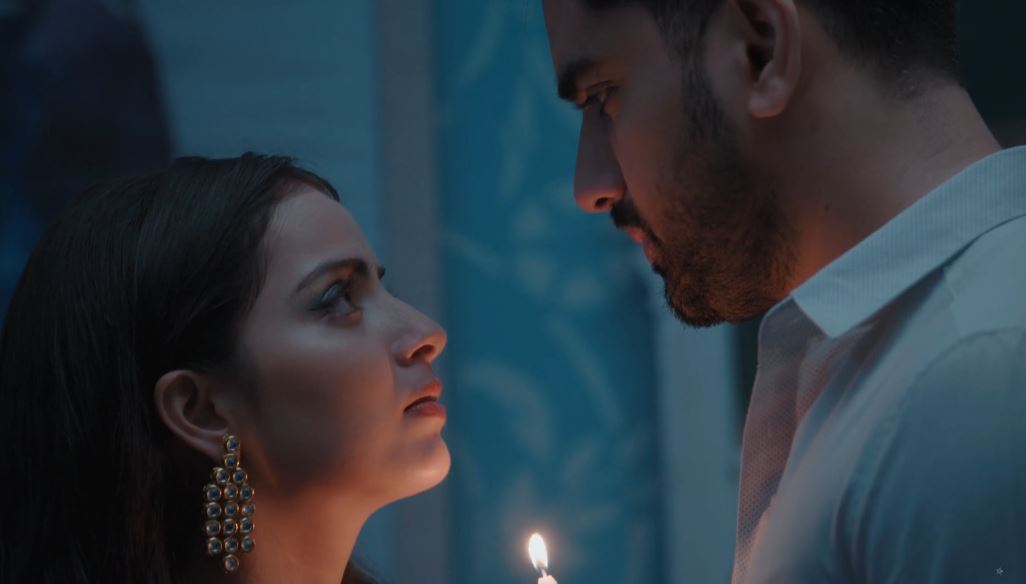 Ek Bhram Shattering Separation and Love realization twist Kabir and Pooja’s mothers force them to divorce each other. Kabir is unhappy and broken. Suman realizes his upset behavior. She thinks if the marriage didn’t mean anything to him, why is he so shattering down by the thought of leaving Pooja. She fails to understand him. Kabir and Pooja get helpless and sign the divorce papers. They cry and sink in sorrow. Pooja also realizes her feelings for Kabir, when she feels the pain of losing him. Kabir too realizes Pooja’s goodness and didn’t wish to lose her. He wanted to live his life with Pooja. He started knowing her. He didn’t know he will see this day so soon. Rani takes the papers to the lawyer.

She asks the lawyer to get them separated soon. The lawyer assures that the couple will get divorced in a week’s time and until then Kabir and Pooja have to stay together. Rani is happy and thinks to marry Kabir after his divorce. She thinks Kabir’s marriage will end in a week. She rejoices. Pooja’s mum informs her that the divorce will soon happen. Dhruv calls Suman. She tells Dhruv about Kabir’s divorce. She is happy that Dhruv is on the right path now. Kabir forgives Dhruv for his mistake. Dhruv tells Kabir that he has forgiven Pooja.

He tells them about meeting Priyanka. He tells that he is settling down with Priyanka. Kabir tells that he is happy for Dhruv. He stays sad that his marriage broke. Suman doesn’t want her dutiful son to break down. She thinks Pooja has done a magic on Kabir. She doesn’t know why is Kabir so hurt. Rani tells Kabir that Pooja and she will leave from the house. She doesn’t want to go. She pretends that she has sympathy for him. Kabir and Pooja find each other too hurt and think if they have feelings. Kabir wants to know if Pooja has feelings for him.