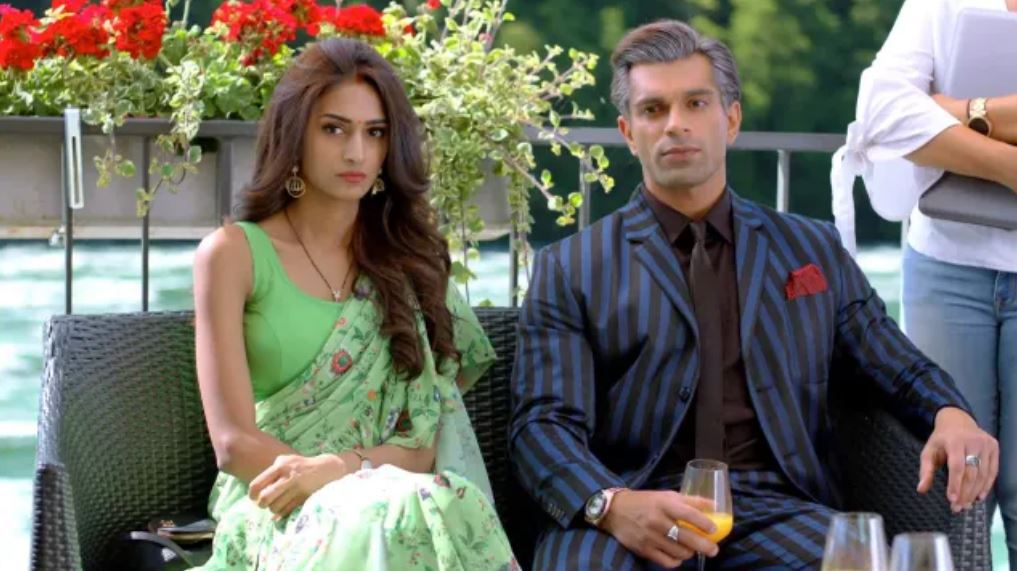 Kasautii Bajaj in question over Anurag’s critical state Prerna loses her senses and runs madly out of the house. Her saree catches the fire, but she doesn’t care. Anupam helps her in putting off the fire. Prerna shouts to Anurag and doesn’t stop on anyone’s call. Mohini and Nivedita what had happened that Prerna run out in such a way. They think of the possible things. They wonder if Mr. Bajaj or Veena fell in some danger. They have no idea that Anurag has met with an accident. Shivani gets a huge shock knowing Mr. Bajaj had committed the accident. The people ask Mr. Bajaj to take Anurag to the hospital. Mr. Bajaj doesn’t listen. He leaves from there, putting Anurag at more risk.

Mohini feels restless about Anurag. Nivedita consoles her. She tells Mohini that Anurag is hurt because of Prerna. She tells that she has seen Prerna’s true colours now. Mohini tells that she always knew that Prerna isn’t right for Anurag. She wants to keep Prerna away from Anurag. Nivedita asks Mohini not to think anything negative. Mohini wishes for her son’s safety. Shivani gets angry that Mr. Bajaj fled after Anurag’s accident. Prerna reaches there late. Shivani takes Anurag to the hospital with the help of some people. She begs the doctor to save Anurag.

She feels Prerna is responsible for his state. She wants to get the culprit Mr. Bajaj punished. Prerna reaches the same hospital after some people inform her about Anurag’s accident. She doesn’t get to know about Anurag at the reception. Shivani gets late in filling the form at the reception. Prerna loves Anurag a lot. She feels sorry to take his words easy. She didn’t wish Anurag to fall in any trouble. She realizes that Anurag is close. When she gets a strong feeling that Anurag is close, she rushes to confirm it. She gets to see Anurag treated in the ICU. She gets worried seeing his critical state.

Elsewhere, Maasi and Tanvi are happy that Mr. Bajaj will divorce Prerna, knowing she had run from the house to meet Anurag. They want to brainwash Mr. Bajaj against Prerna. Maasi makes plans to break Mr. Bajaj’s marriage with Prerna. Shivani learns that Prerna had come to ask for Anurag. She wants to scold Prerna for her husband’s crime. Prerna fills the consent form as Anurag’s wife. She asks the doctor to operate Anurag and save his life. She hears about Anurag’s critical condition and worries. Anurag and Prerna connect when he sees her.

She realizes that they are really soul mates as Anurag told her. She sends him for the surgery. She prays for him. Shivani confronts her and wants her to leave from Anurag’s life. She doesn’t want Prerna to play her cheap games until Anurag dies. Prerna slaps Shivani in anger, being unable to hear about Anurag’s death. Shivani bursts her anger and reveals about Mr. Bajaj’s crime to commit Anurag’s accident and fleeing from the spot. Prerna can’t believe this and wants to seek an answer from her righteous pretending husband Mr. Bajaj. What will be Mr. Bajaj’s reply for his heinous move? Keep reading.